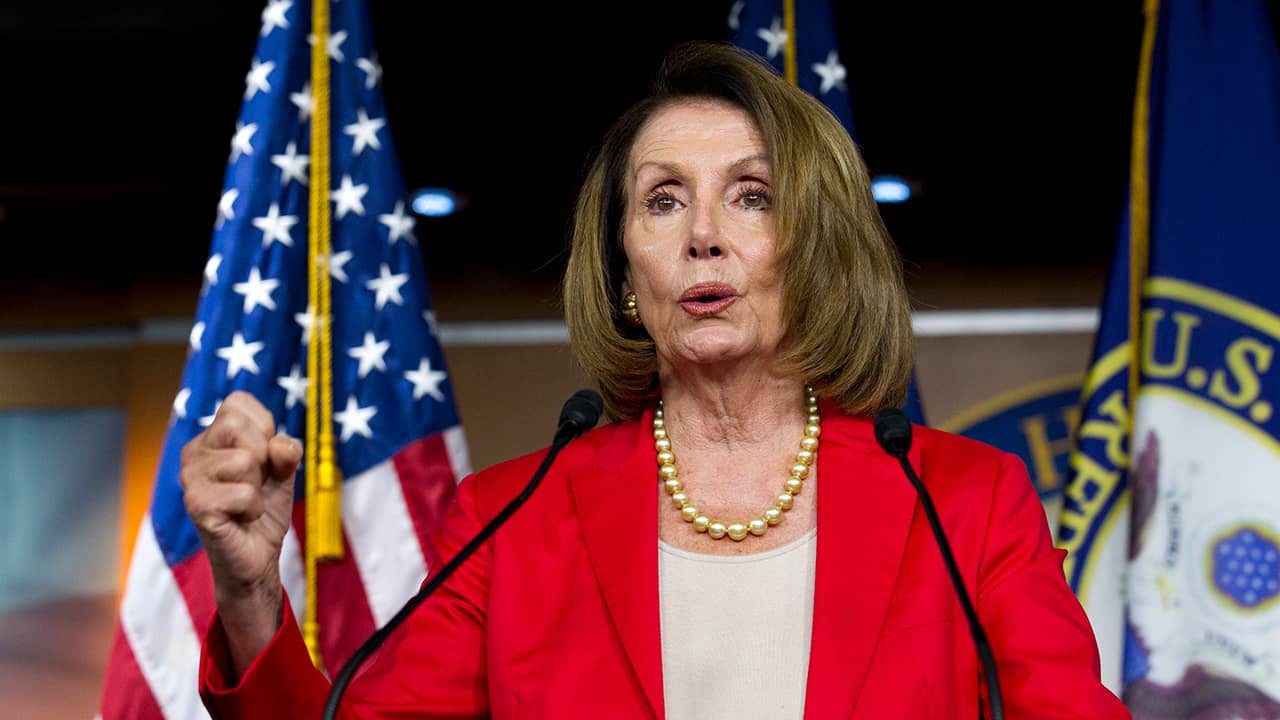 WASHINGTON — Just days ahead of a midterm election they hope will deliver them a majority, House Democrats are promising to prioritize anti-discrimination legislation that would for the first time establish widespread equal rights protections for LGBTQ individuals.
Minority Leader Nancy Pelosi recently said she would introduce the Equality Act as one of her first orders of business if Democrats retake the House in November. Pelosi made the announcement at the John F. Kennedy School of Government at Harvard University, telling the crowd the issue of equal rights for the LGBTQ community is “personal.”
The 1964 Civil Rights Act already bars discrimination based on race, color, religion, sex and national origin. The Equality Act, if passed, would add sexual orientation and gender identity to the law and expand those protections beyond the workplace. It would outlaw gender discrimination in places like restaurants and retail shops, in seeking housing, using health care and social services, applying for a loan or participating in the jury selection process.
About 20 states and the District of Columbia currently have local gender and sex non-discrimination laws on the books.

No Senate Republicans Have Signed On

The House bill has 198 co-sponsors, including two Republicans. But no Senate Republicans have signed on, and social conservatives oppose the legislation. And even if the bill cleared Congress, it would still have to be signed by President Donald Trump, who has aligned himself closely with religious conservatives.

Its Future in the Senate

A narrower bill to bar gender discrimination in the workplace, called the Employment Non-Discrimination Act, passed the Senate in 2013 with 64 votes, including 10 Republicans. But then-House Speaker John Boehner, a vocal opponent, opted not to bring it to a floor vote.

Reaching out to Republican Senators to Discuss the Legislation

Merkley said soon after the midterm election he’ll begin reaching out to Republican senators to discuss the legislation. But so far they’ve been hard to convince: All 47 sponsors of the Senate bill are Democrats.
He sees one big sticking point for gaining Republican support: A provision in the bill forbids any employer or retailer from using the Religious Freedom Restoration Act, passed in 1993, to justify withholding services based on gender or sexual orientation. The law, which received bipartisan support, barred the government from interfering with the rights of religious practitioners. But more recently the law has been used to protect the rights of business owners to refuse service based on religious beliefs. In one 2014 case, the Supreme Court found that chain craft store Hobby Lobby, founded by religious evangelicals, didn’t have to provide its employees with contraception coverage for religious reasons.
The Trump administration has pursued policies in line with that law when taking steps to roll back protections for LGBTQ individuals, including rescinding guidance for schools on how to treat transgender students and attempting to bar transgender individuals from serving in the military. The administration is also considering a proposal to limit the definition of gender to include only one’s sex at birth, according to The New York Times, prompting outrage from LGBTQ advocates.
Religious and conservative organizations have been vocal in their opposition to the Equality Act.