The KMJ Measure P Debate: Both Sides Square Off 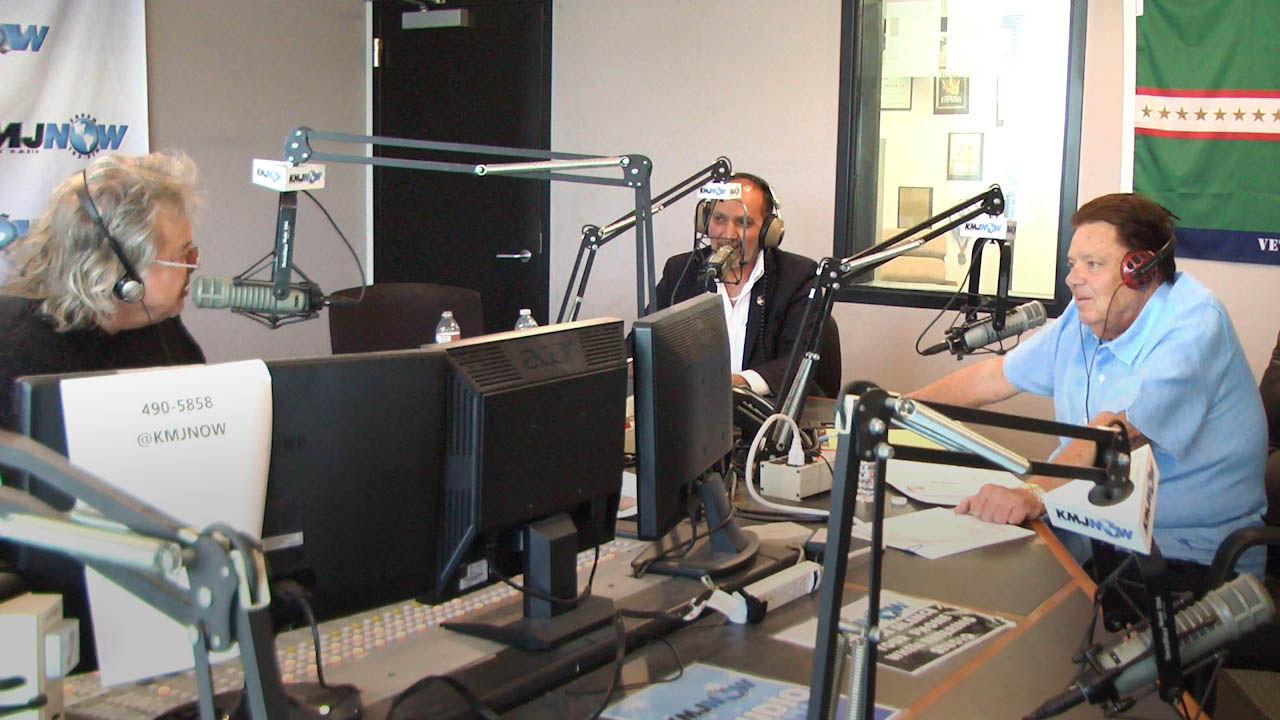 Leading figures on both sides of the Fresno parks sales tax proposal debated their positions this week on KMJ580 in a conversation moderated by talk-show host Ray Appleton.
No on P advocate and housing developer Darius Assemi squared off with David McDonald, former CEO of Pelco and a Measure P backer. The video above highlights key arguments on both sides of the proposed 30-year tax measure.
(Darius Assemi is the publisher of GV Wire)
The full debate can be viewed on KMJ’s Facebook page.
Measure P proposes to increase the local sales tax by 3/8 cent for a period of 30 years to fund park construction, maintenance and security measures. It would also fund local arts programs and job training efforts.
The graphic below outlines the views of the measure’s supporters and those who oppose its passage. It also  details the provisions of other tax measures approved by local voters in recent elections including those supporting libraries, transportation projects, and the Fresno Chaffee Zoo.

Cederquist Endorses Masumoto as His Successor