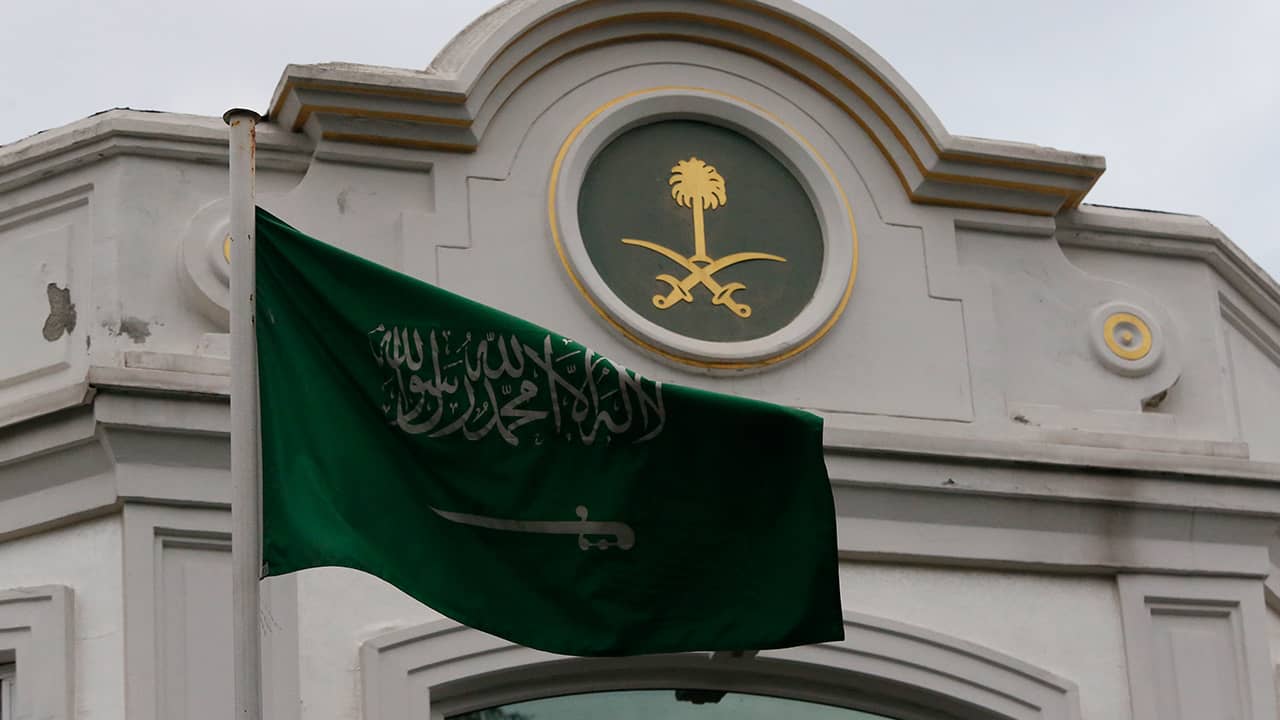 RIYADH, Saudi Arabia — Saudi prosecutors said Thursday that Turkish evidence shows the slaying of journalist Jamal Khashoggi was premeditated, another change in the shifting Saudi Arabian narrative of what happened to the writer who was killed in the Saudi Consulate in Istanbul.

Intensifying International Pressure to Be Transparent

After the journalist disappeared, Saudi Arabia initially insisted Khashoggi had walked out of the consulate after visiting the building on Oct. 2. It later dropped that account for a new one, saying it had detained 18 people for what it described as an accidental killing during a “fistfight.”
The kingdom has faced intensifying international pressure to be transparent about the death of Khashoggi, a columnist for The Washington Post who was a critic of Saudi Crown Prince Mohammed bin Salman.
Many countries responded with skepticism to the version of a brawl involving Khashoggi and rogue officials, putting Saudi Arabia on the defensive even as it hosted an investment conference this week that many dignitaries skipped because of the scandal.
Turkey is pushing the Saudi government to reveal exactly who ordered the killing, fueling suspicions that Prince Mohammed was involved even though he condemned it as “heinous” at the Riyadh forum.
Also Thursday, Prince Mohammed attended the first meeting of a committee aiming to restructure the kingdom’s intelligence services after the killing of Khashoggi, the state-run Saudi Press Agency said. 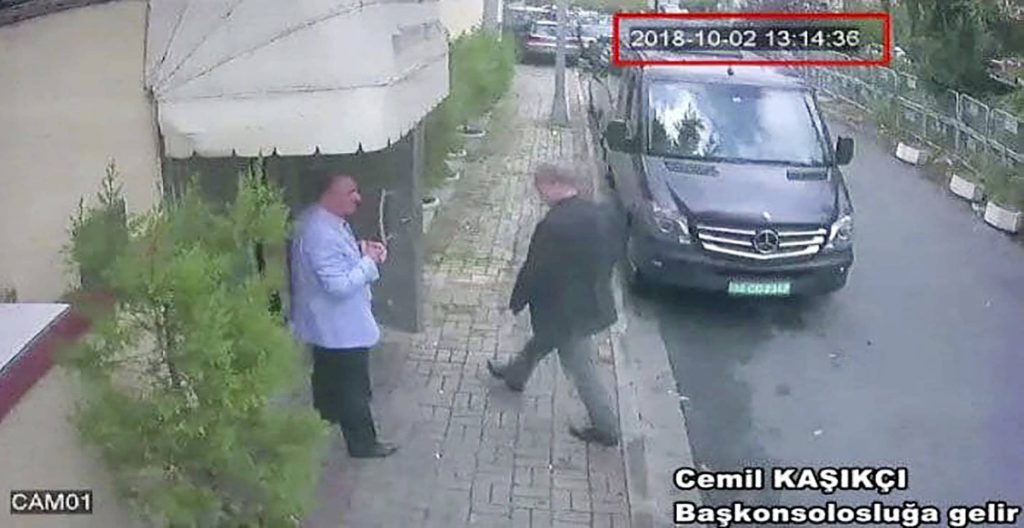 FILE – In this file image taken from CCTV video obtained by the Turkish newspaper Hurriyet shows Saudi journalist Jamal Khashoggi entering the Saudi consulate in Istanbul, Tuesday, Oct. 2, 2018. Saudi Arabia’s financial clout among the Arab media has given it an influential tool as it grapples with the international outcry first over the disappearance and later the death of Saudi writer Jamal Khashoggi. From the time he vanished into the kingdom’s consulate in Istanbul, Riyadh’s allied newspapers and TV stations across the region echoed the Saudi denial of any knowledge of his fate or weaved alternative scenarios of an alleged plot by rivals Qatar and Turkey to destabilize the kingdom. (CCTV/Hurriyet via AP, File)

Seemingly Clumsy Cover-up of the Killing

The seemingly clumsy cover-up of the killing was revealed to the world by Turkish leaks of information, security camera footage and, eventually, Saudi acknowledgements that Khashoggi died in the consulate. But Turkey wants more answers from Saudi Arabia, a regional rival that is also a source of investment.


“Jamal Khashoggi’s body still hasn’t been found. Where is it?” — Mevlut Cavusoglu, Turkey’s foreign minister
“Jamal Khashoggi’s body still hasn’t been found. Where is it?” Turkey’s foreign minister, Mevlut Cavusoglu, said Thursday at a news conference with his Palestinian counterpart.
“There is a crime here, but there is also a humanitarian situation. The family wants to know and they want to perform their last duty,” Cavusoglu said, referring to hopes for the writer’s burial.
Turkish authorities briefed visiting CIA chief Gina Haspel on the investigation into the killing and the evidence collected so far, a Turkish security official who was not authorized to speak to the media said on condition of anonymity. The official could not confirm whether Haspel had listened to an alleged audio recording of the killing. Pro-government media in Turkey reported officials have such a recording, but its existence has not been confirmed.

Determining Whether Body Parts Were Dumped in the Well

On Thursday, conflicting reports surfaced about whether investigators had searched a well in the garden of Saudi Arabia’s consulate as part of their probe.
Investigators emptied the well and are awaiting the results of an analysis of the water to determine whether body parts were dumped there, according to Yeni Safak, a pro-government Turkish newspaper. But Sabah, another pro-government newspaper that has published leaks about the case from Turkish officials, said Saudi Arabia has yet to give Turkish authorities permission for a search.
Turkish media have also published a security camera image allegedly showing a vehicle belonging to the Saudi Consulate “scouting” a forest in the outskirts of Istanbul before Khashoggi was killed. The image, obtained by state television TRT and other media on Wednesday, shows a black car with a diplomatic license plate at an entrance to Belgrade Forest.
Erdogan has said Saudi officials made “reconnaissance” trips to the forest as well as the city of Yalova a day before Khashoggi was killed. Turkish officials have told The Associated Press that investigators were looking into the possibility that the journalist’s remains may have been hidden at those two locations.

UN: Death Toll From Saudi Airstrike in Yemen at 21