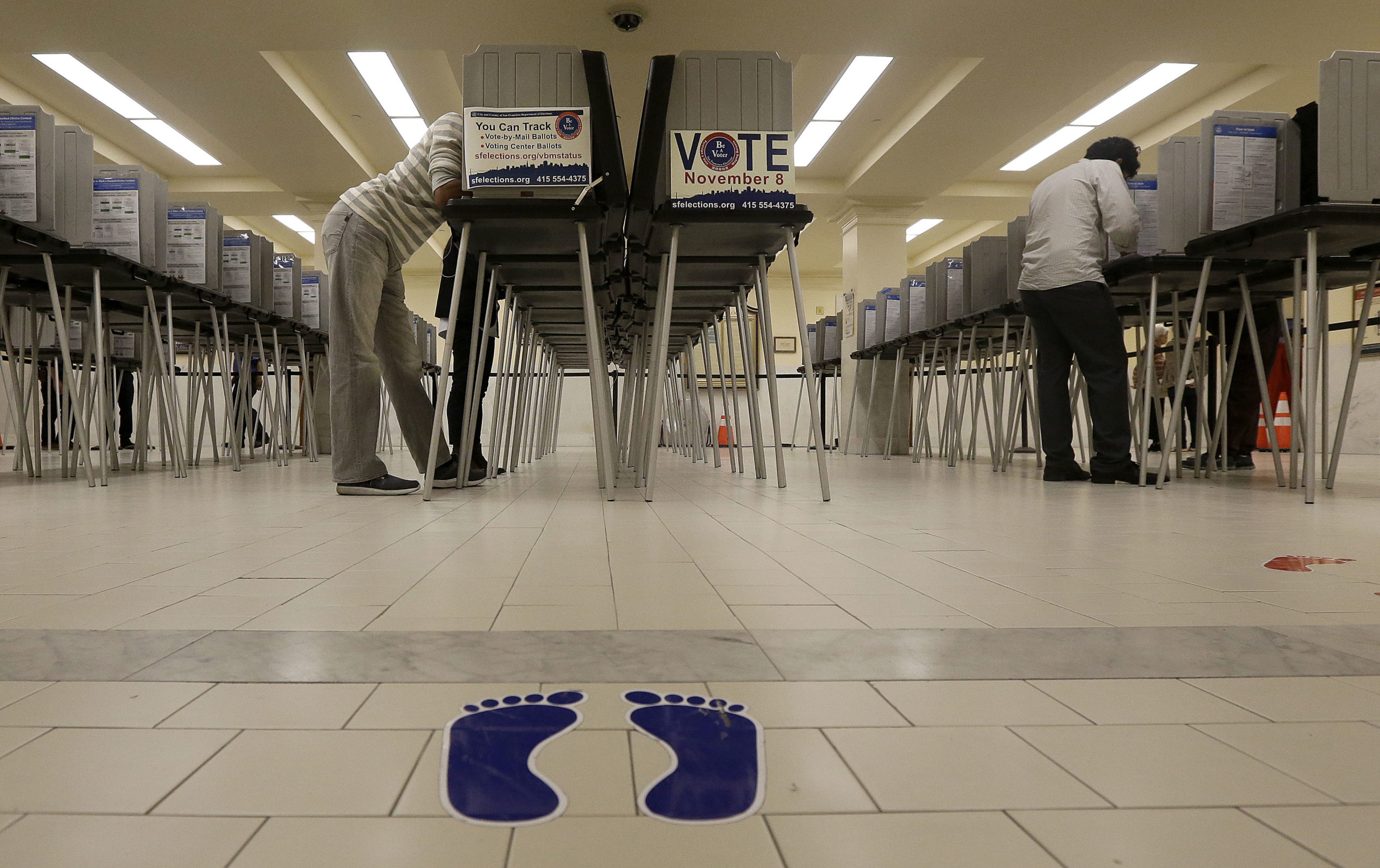 SAN FRANCISCO — San Francisco has become the largest U.S. city to give people in the country illegally and other noncitizens the right to vote in a local election, but the possibility of the Trump administration learning their identities appears to have kept people away: only 35 noncitizens have registered.
It is among a handful of cities nationwide to allow people who aren’t citizens to vote, which is illegal in state and federal elections. In San Francisco, they can only participate in the school board race.


“People are really fearful because the Trump administration is perceived to be very anti-immigrant.” — David Lee, executive director of Chinese American Voters Education Committee
Voters in 2016 approved a measure allowing parents or guardians of a child in San Francisco schools to have a say in their children’s education by helping elect school board representatives regardless of their immigration status. In the same election, Donald Trump won the presidency and has since cracked down on illegal immigration and ramped up rhetoric against those living in the U.S. illegally.
“We’re in an unprecedented arena of animosity toward our immigrant community, and that has really stopped people from voting,” said San Francisco Supervisor Sandra Fewer, a former member of the school board and a supporter of the noncitizen voting measure.

Noncitizens must provide their address and date of birth to register. The number who had was low as of Monday, but people can still sign up and vote on Election Day.
The Chinese American Voters Education Committee has been holding voter registration campaigns on college campuses, in low-income neighborhoods, at festivals and in Chinatown. Volunteers have not registered a single noncitizen, including a green-card holder, executive director David Lee said.
“People are really fearful because the Trump administration is perceived to be very anti-immigrant,” Lee said. “There is legitimate concern that their information may be turned over to the federal government and that they may end up being detained or deported.”
Lee and other community groups have been inviting prospective voters to register but also warning them of the risks. The city election department also has warnings on its registration form and on flyers saying voter information would be public and could be seen by U.S. Immigration and Customs Enforcement and other agencies.

San Francisco is a “sanctuary city” that otherwise limits cooperation with federal immigration officials. The city has not shied away from confronting the U.S. government on immigration, suing the Trump administration over sanctuary protections for people in the country illegally.
Those who championed the voting ordinance say it aims to give immigrants a greater voice at the school board, which approves curriculum, hires staff and manages a nearly $900,000 annual budget.
The San Francisco School District does not keep a tally of its noncitizen parents or children but reports that 29 percent of its 54,000 students are English learners, with the majority listing Chinese or Spanish as their first language. At least 40,000 people in the city of 885,000 are in the country illegally, according to government estimates.

San Francisco is not the first place with such a measure. In Maryland, where an estimated 15 percent of residents are foreign-born, at least six cities allow noncitizens to vote in local elections.
The measures have been in effect since the 1980s but not without controversy. In College Park, home to the University of Maryland, an amendment that would have allowed noncitizen voting failed last year.
One reason so many cities in Maryland have enacted noncitizen voting laws is that municipalities are allowed to enact legislation and implement it right away, unlike other states, said Ron Hayduk, an associate professor of political science at San Francisco State University who studies noncitizen voting laws.
In Massachusetts, the cities of Amherst, Cambridge, Newton and Brookline have advanced laws to allow noncitizen voting, but they cannot implement them because they need the approval of state lawmakers, who have not acted, Hayduk said.
“Noncitizen voting is a very contentious issue, and that’s in part why it’s not more widespread,” Hayduk said.
In San Francisco, noncitizens who opt to vote will be listed on a separate roster from citizens and will get a ballot with just the school board contest, city elections chief John Arntz said.
Norma Garcia, director of policy and advocacy for the Mission Economic Development Agency, which advocates for immigrant rights, said she hopes more noncitizens will vote if the political climate changes in the future.
“The numbers are not what anyone would have wanted them to be, but we’re confident there will be increased participation once the political tide shifts,” Garcia said.