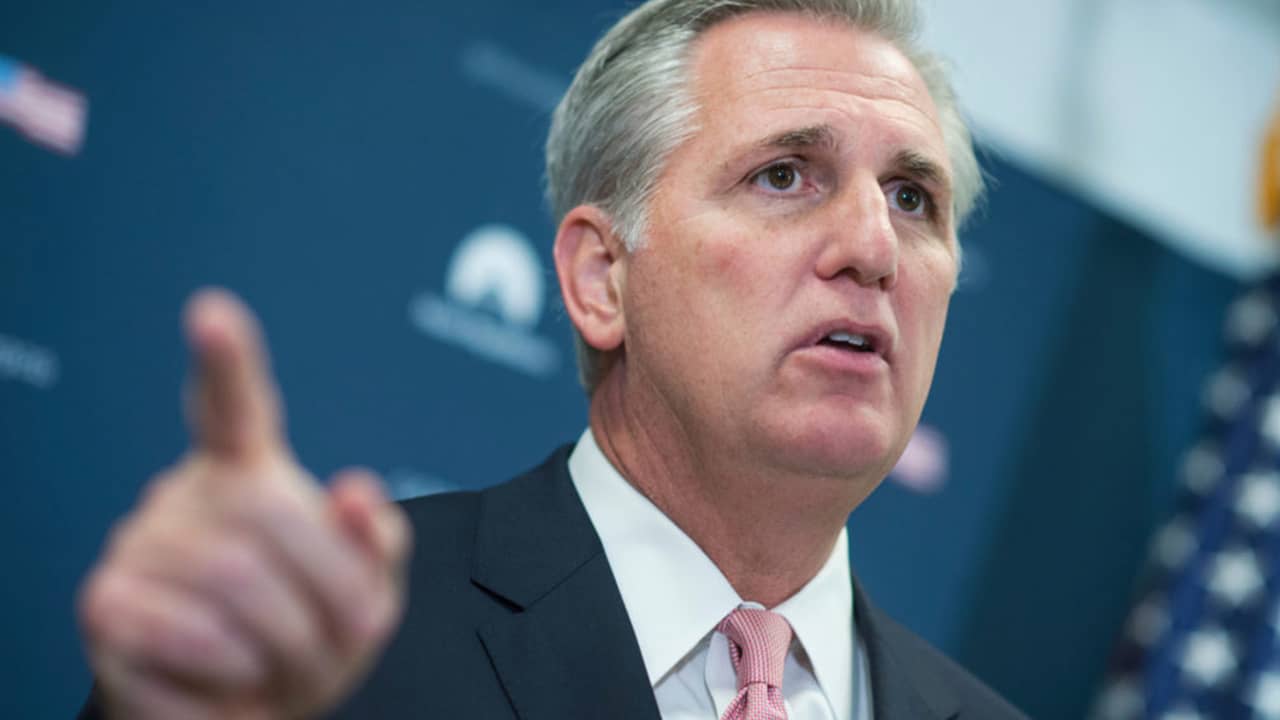 BAKERSFIELD — House Majority Leader Kevin McCarthy says thieves broke into his office in Bakersfield and that he’s hoping for help from the public to identify them.
Photos posted on the Republican representative’s Instagram account Monday evening show photos of the men and a large rock on the office floor:

Does anyone know these two guys? They threw a boulder thru our office window and took office equipment.

The posting says, “Does anyone know these two guys? They threw a boulder thru our office window and took office equipment.”
The photos appear to be from security cameras.
One shows a man in blue and black shorts wearing a pink backpack and a ball cap.
The other shows a man in dark pants and light-colored shirt carrying a bag.