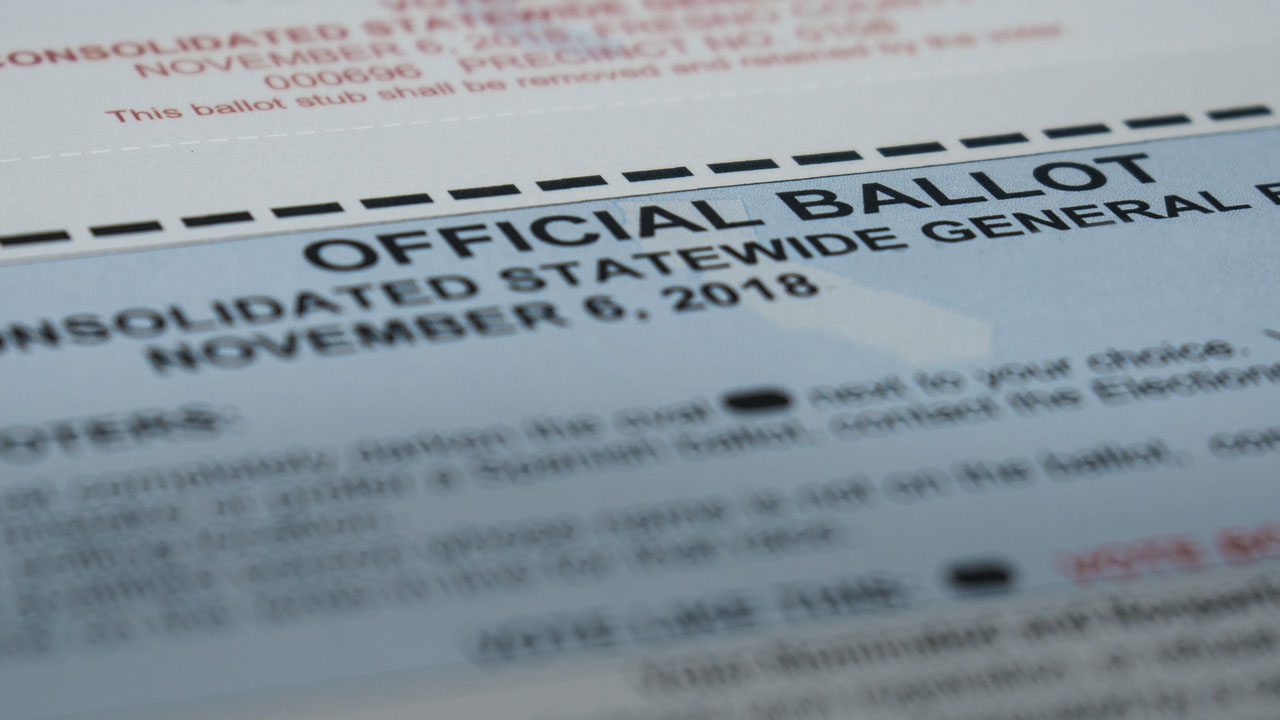 SACRAMENTO — The enthusiasm both parties say exists in the electorate hasn’t yet translated into early voting in California, where the percentage of people who have voted so far is similar to this time four years ago.
Voters who are Republican, white and older are sending in their ballots early at a higher rate, which is typical in California elections, said Paul Mitchell of Political Data Inc., a firm that collects voter data from the counties.

About 570,000 Californians had cast ballots as of early Monday. That’s about 100,000 more than voted at this point in the 2014 election. About 12.5 million people received mail-in ballots, compared to 9.2 million four years ago.
Through Monday, the Fresno County county elections clerk had received 22,882 returned ballots, or about 5% of registered ballots countywide.


Eighty percent of already returned mail ballots are from voters older than 50, even though they make up only about half of the electorate.
The early numbers are just a fraction of the total voters expected to cast ballots by mail. California voters can send in their ballots through Election Day, on Nov. 6, and ballots are counted as long as they are received by the Friday after the election.
In 2014 roughly 4.5 million people cast mail ballots.
“Right now it’s hard to tell exactly how much we’re measuring enthusiasm and how much we’re measuring changes in the mechanics of the elections,” Mitchell said.

Monday was the deadline to register to vote, although people can register conditionally through Election Day. Their ballots will be treated like provisional ballots that are counted after the voter information is verified.
Statewide, Republicans count for just a quarter of registered voters. But they make up 34 percent of early voters.


More than 19 million people registered to vote as of early September.
Eighty percent of already returned mail ballots are from voters older than 50, even though they make up only about half of the electorate.

Democrats need a strong turnout to win U.S. House seats in Orange County and the Central Valley that have long been held by Republicans. They’re banking on increased enthusiasm among voters angry at President Donald Trump or concerned about issues such as healthcare and immigration to drive turnout.
“For Democrats to win these competitive congressional races they need atypical (turnout),” Mitchell said.
Drew Godinich, a spokesman for the Democratic Congressional Campaign Committee, said Latinos and young voters are “outpacing expectations” in key districts and that it’s too early to jump to conclusions about turnout.
“In these tight races, every vote counts — and Democrats have been organizing since last year to turn out our voters in these crucial midterms,” he said in a statement.

More than 19 million people registered to vote as of early September, a record in a California gubernatorial election.
Mitchell predicts a 56 percent voter turnout. That would be higher than the 2014 election but lower than 2010.
Voters can check their registration status online at https://www.sos.ca.gov/elections/registration-status