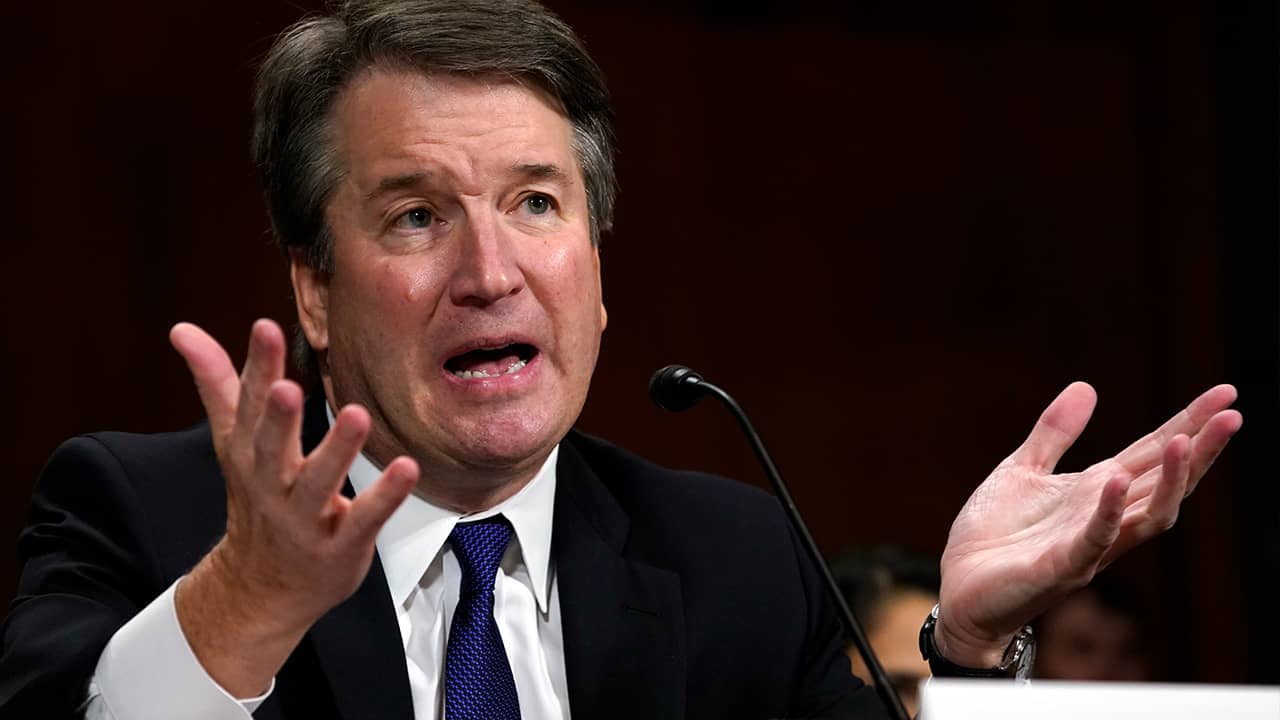 WASHINGTON — Just 1 in 4 people thinks Brett Kavanaugh was completely honest when he heatedly rebuffed charges of sexual assault and heavy drinking during his Supreme Court confirmation hearing, and Republicans and Democrats hold starkly divergent views of whether his sworn testimony to senators was credible, a poll released Friday showed.
The Associated Press-NORC Center for Public Affairs Research survey also found that the public was unimpressed by how major players handled the extraordinary battle, which culminated Oct. 6 in a near party-line confirmation of Kavanaugh by an exhausted Senate. President Donald Trump, Senate Republicans and Democrats and the FBI each earned approval from a third or less of the poll’s respondents.
Overall, the survey provides detail about how a deeply polarized nation regards the conduct and outcome of the searing Kavanaugh battle, just weeks before Nov. 6 midterm elections in which GOP control of the House and perhaps the Senate are at stake. Republicans hope partisan tensions heightened by the fight will drive conservative voters to the polls to counteract the white-hot enthusiasm already shown by Democrats motivated by their antipathy toward Trump.

Thirty-nine percent said they believe Kavanaugh was mostly honest but hiding something when he testified last month before the Senate Judiciary Committee, the drama’s most unforgettable day. Another 31 percent said he was largely lying, and 25 percent said he was totally truthful. A combative Kavanaugh denied California college professor Christine Blasey Ford’s testimony to the panel that he sexually assaulted her at a 1980s high school gathering when they were teenagers, and he rebutted classmates’ descriptions of him as a heavy drinker.

He said Ford’s testimony seemed “purely scripted,” and he faulted her for not recalling some details of what she says happened to her, which experts have said is common for trauma victims.

Other Findings Through Polling

— The role played by Trump, who nominated Kavanaugh in July and criticized Ford and another accuser, was strongly or somewhat approved by 32 percent, about the same rating given to Senate Republicans. Senate Democrats won such approval from just 24 percent.
— Only 3 in 10 said the FBI did a good job. Trump hurriedly ordered the agency to perform a brief investigation of the sexual-harassment allegations against Kavanaugh and said it found no corroboration in a probe Democrats criticized as insufficient.
— Around 1 in 3 said that since Kavanaugh’s confirmation they have a lot of confidence in the Supreme Court. The rest have only some or hardly any confidence in the nation’s highest court.
— Eight in 10 Democrats, compared to 6 in 10 Republicans, said a Supreme Court nominee’s personal history and character are extremely or very important.
The AP-NORC poll was conducted Oct. 11-14 by The Associated Press-NORC Center for Public Affairs Research, with funding from The Associated Press and NORC at the University of Chicago. It involved interviews conducted in English and Spanish with 1,152 adults nationwide. Interviews were conducted online or by phone among members of NORC’s probability-based AmeriSpeak panel, which is designed to be representative of the U.S. population.
The margin of error is plus or minus 4 percentage points.