Everyone Gets Their Kicks at School's Special Olympics Event 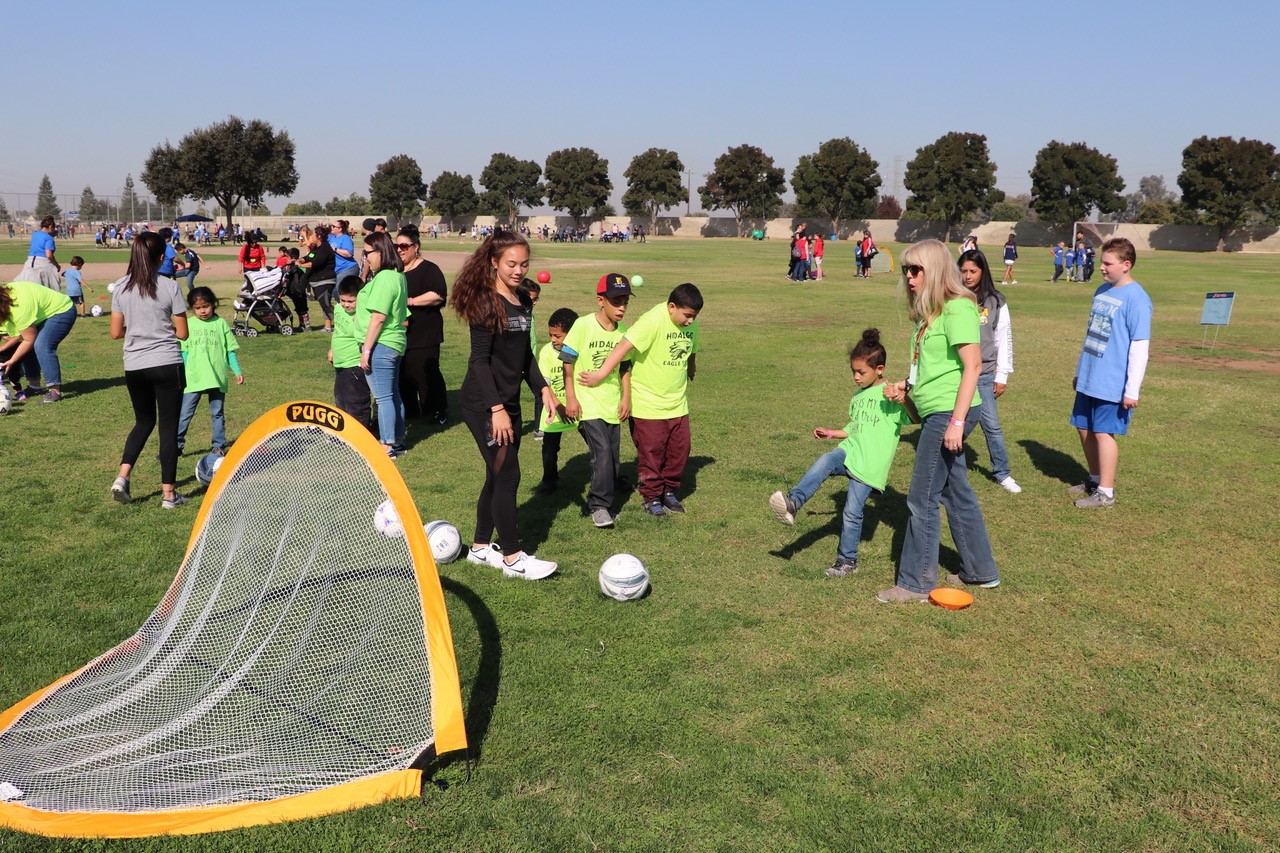 Whenever Julian Lorenzo is on the soccer field, he aims to achieve one of two goals.
“Be a winner and to do my best,” said Lorenzo, a 7th-grade special education student at Rio Vista Middle School.


“If this [event] doesn’t make you excited then you don’t have a pulse.” — John Eagan, a special education aide at Rio Vista Middle School
Lorenzo did both at the school’s second annual Special Olympics Soccer event.

The event started as a way to show special education students there are no boundaries and that they can do whatever they set their minds to, said Mike Preciado, the senior sports manager for Special Olympics Northern California. 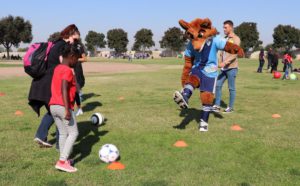 “The main thing today is that all of the athletes here have fun,” Preciado said.
Student Saint Ramos said he definitely had fun imitating moves from his favorite soccer players Lionel Messi and Cristiano Ronaldo.
“This event is really cool,” Ramos said. “Soccer is a pretty cool sport.”
Seeing her students going out and trying their best is what Tracey Adams appreciates most about the event.

“We are creating an atmosphere of inclusion where students from all over feel included and cared for.” — Laura Munnelly, Vice Principal at Rio Vista Middle School
“A lot of our students with special needs don’t get the opportunity to go out for sports at our elementary school so it is very nice to have an opportunity where they can be successful,” said Adams, a teacher at Harvest Elementary School.
The sight of general education students supporting their special ed peers was enough to put a smile on John Eagan’s face.
“If this doesn’t make you excited then you don’t have a pulse,” said Eagan, a special education aide at Rio Vista. “This is just an awesome, heartwarming event.”

Special education students have been participating in Special Olympic events in Fresno County for nearly two decades, Preciado said.
The event used to feature students in kindergarten through high school, but had to be split up due to increased interest from schools, Preciado said.
“Last year was the first year that we separated it,” Preciado said. “The event today is elementary and middle schools, and then we have a high school and adult transition one that we host at Clovis East.” Rio Vista has felt the growth of the event.
Last year only four schools participated in Special Olympics at the middle school. This year, 23 schools did.
Each school had the opportunity to participate in a soccer game or a skills challenge.
After students worked up a sweat, they, along with their coaches and volunteers, were greeted with a spaghetti lunch donated by Di Cicco’s Italian Restaurant.

Lorrie Warren-Hoyt, a special education teacher at Hidalgo Elementary School, said seeing her students participate was priceless.
“It gives them confidence and the chance to see other kids like them,” Warren-Hoyt said. “It is very warm and welcoming.”


“This is just an awesome, heartwarming event.” — John Eagan
Vice Principal Laura Munnelly said the sense of community is what really makes the Special Olympics soccer a great event.
“We are creating an atmosphere of inclusion where students from all over feel included and cared for,” Munnelly said. “I think that is very rewarding.”

Watch Students Show Off Their Skills