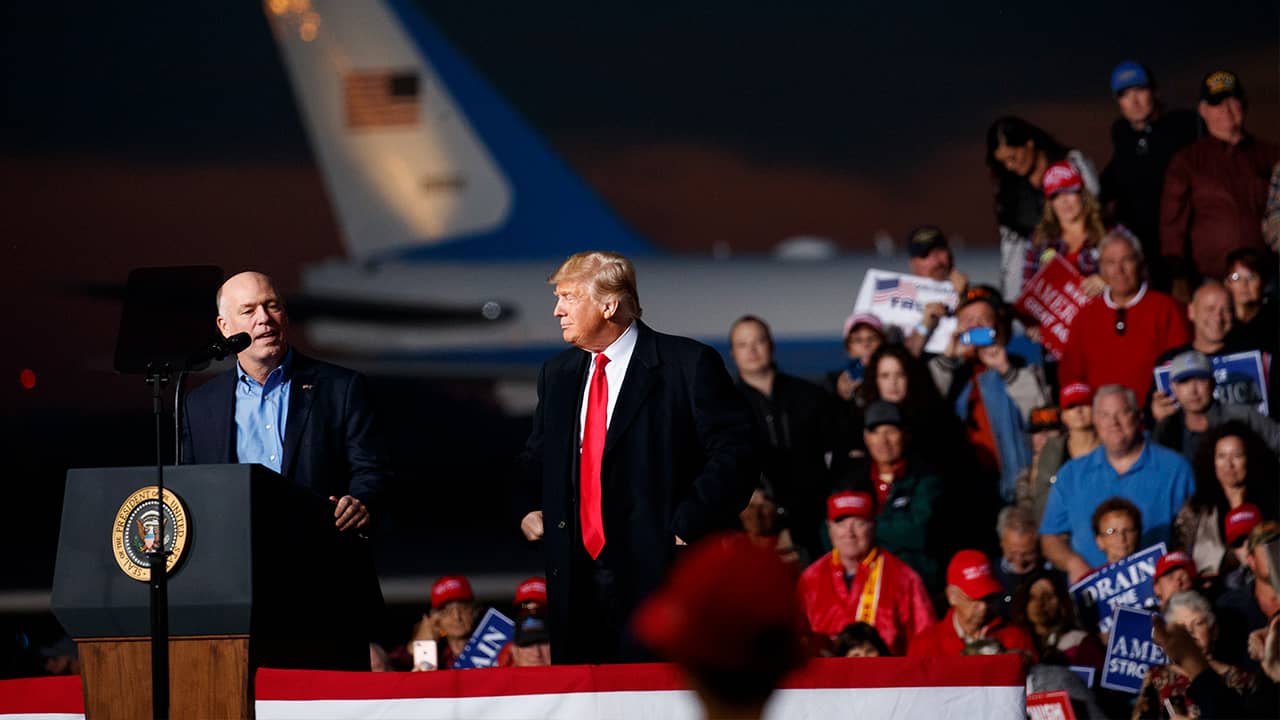 MISSOULA, Mont. — President Donald Trump on Thursday praised a Republican congressman for body-slamming a reporter last year, calling him a “tough cookie” and saying he thinks it might have helped him win election in Montana.

Gianforte Initially Misled Investigators About What Had Happened

His remarks praising Gianforte come amid an international furor over the apparent assassination of a Washington Post columnist, who, according to an account in Turkey’s Yeni Safak newspaper, allegedly had his fingers cut off and was decapitated inside a Saudi consulate in Istanbul two weeks ago.

Gianforte pleaded guilty to a misdemeanor assault charge in June 2017 and said in an apology letter that he alone was responsible for the attack. He paid a $385 fine and completed 40 hours of community service and 20 hours of anger management counseling. He also donated $50,000 to the Committee to Protect Journalists.
Trump referenced Gianforte again later in the rally when discussing former Vice President Joe Biden, who once said he would “beat the hell out of” Trump if they were in high school.
On Biden challenging him to a fight, Trump said, “He’d be down, faster than Greg would take him down.”
Gianforte, who attended the rally with the president, is up for re-election in November and faces former state legislator Kathleen Williams. The president’s next stop on his three-day trip out West is Arizona.