Feinstein, De León Spar on How Democrats Can Best Resist 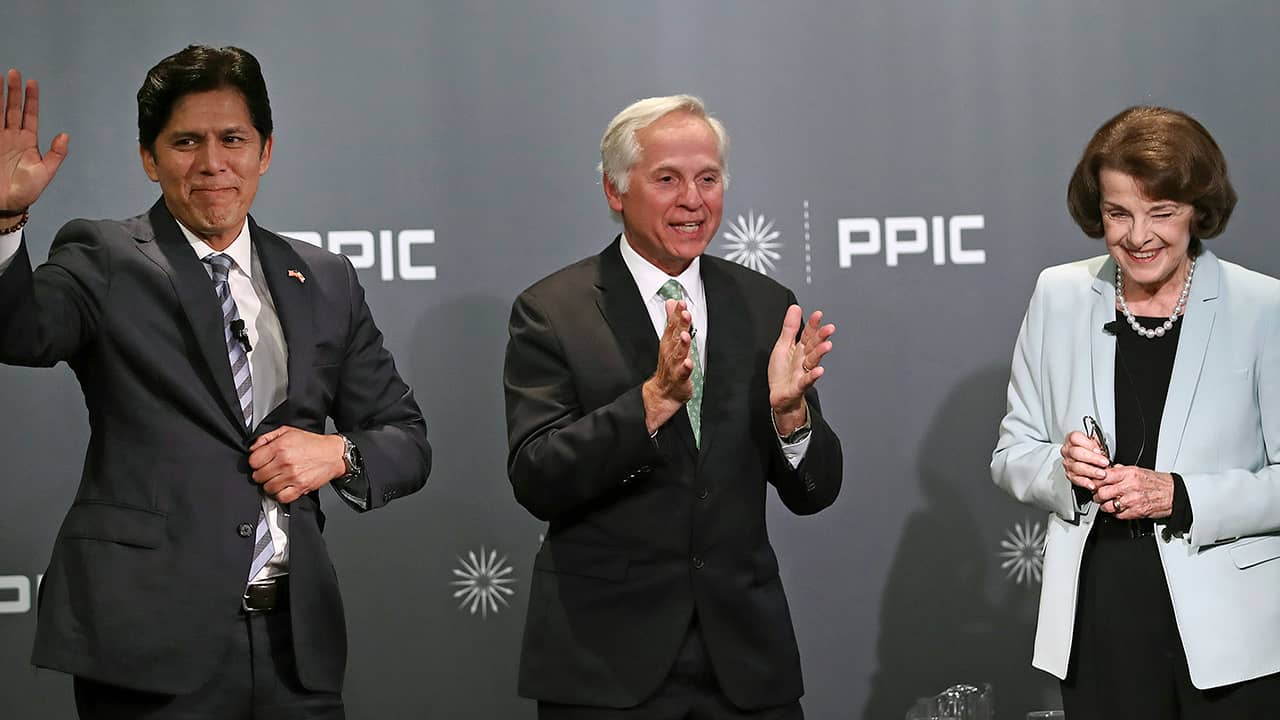 SAN FRANCISCO — California Sen. Kevin de León tied U.S. Sen. Dianne Feinstein to Washington dysfunction during a Wednesday event and pledged to “fight like hell” for immigrants and other Californians if elected to replace her, while Feinstein crafted herself as a problem solver and argued resistance is futile with Republicans dominating Washington.

Painting California as the Breeding Ground for Progressive Policies

But de León repeatedly painted California as the breeding ground for progressive policies, noting his own role in authoring a “sanctuary state” law that restricts cooperation between local law enforcement and federal immigration authorities and a law to move California toward 100 percent clean energy for electricity.

Feinstein Has Not Appeared Onstage With an Opponent Since 2000 Election

At 85, Feinstein is the oldest U.S. senator, but her age did not come up during the debate. De León, 51, did say it’s time for a “new way of thinking” in Washington.

Too Good to Be True? CO2 Could Be Fuel of the Future.

Child of the Storm: Homeless Baby, Family Shelter at Walmart