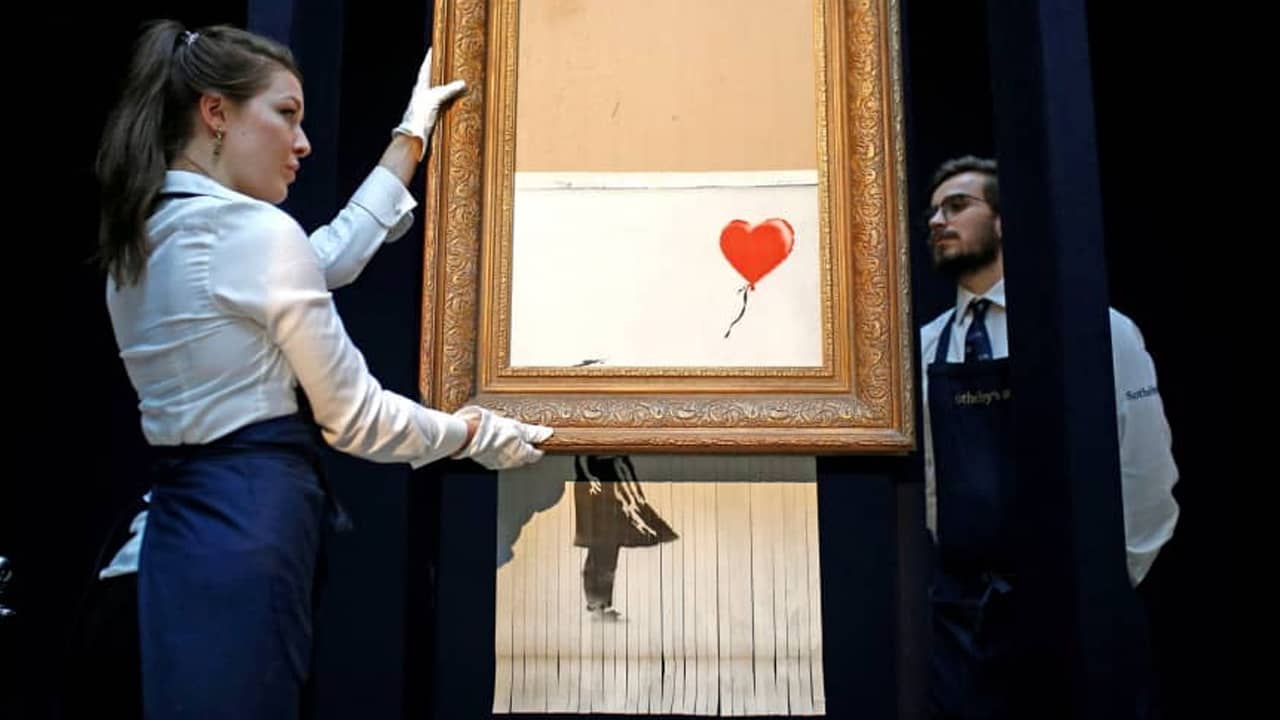 Banksy posted a new video to his website Tuesday implying the partial shredding of his “Girl With Balloon” at a London auction was supposed to have been complete.

Shred the Love, the Director’s Cut

The nearly 3-minute long video is titled, “Shred the Love, the Director’s cut.” It shows hands and a hooded figure (Banksy is fond of hoodies) constructing the mechanism in a studio space, then it rolls on to the outside of Sotheby’s before the auction. People milling about sipping Champagne and nibbling hors d’oeuvres are next up, including some standing in front of the painting.
The auction and partial shredding are shown, as is the work being taken off the wall at Sotheby’s and carried out of the room.
Banksy has never disclosed his full identity. He began his career spray-painting buildings in Bristol, England, and has become one of the world’s best-known artists.
His mischievous and often satirical images include two policemen kissing, armed riot police with yellow smiley faces and a chimpanzee with a sign bearing the words, “Laugh now, but one day I’ll be in charge.”
His “Girl With Balloon” was originally stenciled on a wall in east London and has been endlessly reproduced, becoming one of Banksy’s best-known images.

Cardi B Hands out Free Winter Coats in New York