“Whether you agree with the legalization of marijuana or not, it is already here, so it is crucial that we tax this new industry to ensure compliance and to eradicate the black market.”

With that sentence, the supporters of Measure A, the city of Fresno’s cannabis tax, sum up their ballot argument in favor of a new way forward — taxing cannabis businesses in Fresno. 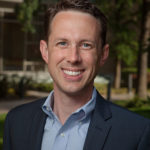 What makes this ballot argument so unique is that it is signed by two of the most respected public safety leaders in California: Fresno Fire Chief Kerri Donis and Fresno Police Chief Jerry Dyer.

Donis oversees the biggest municipal fire department in the Central Valley, and to have her name on the list of supporters is a big deal.

But Dyer? He’s one of the most prominent advocates of law and order around. He’s spent decades combating gangs, drug dealers, human traffickers, and drunk drivers. Dyer’s steady hand at the helm of Fresno’s police department has made Fresno safer. So if you’re the chief, or anyone else for that matter, why vote for Measure A?

The answer lies in the jumble that is Proposition 64, the November 2016 ballot measure that was approved by voters statewide and was also victorious in the city of Fresno.

The beauty, or curse, (depending on one’s opinion on the matter) of Prop. 64. is that the law allows cities and counties to chart their own course when it comes to cannabis policy — determining what kinds of businesses are allowed, and which ones are not. Local control is king in the post-Prop. 64 world. Which brings us back to Fresno and Measure A.

What makes this ballot argument so unique is that it is signed by two of the most respected public safety heads in California, Fresno Fire Chief Kerri Donis and Fresno Police Chief Jerry Dyer.

The Fresno City Council voted 7-0 last December to begin the arduous process of licensing medicinal cannabis dispensaries in city limits. Since then, the sub-committee on cannabis has expanded the scope of the proposed regulations to allow the cultivation, manufacture, distribution, and testing of cannabis products as well.

A final vote is expected in November, but the city can’t begin collecting tax revenue unless voters first approve a business tax.

All of the money from this tax will stay in Fresno for the benefit of Fresno.  Measure A will provide greater resources for public safety — eventually $10 million annually, according to city staff. The money will go toward beefing up a law enforcement operation that’s running on a shoestring. Measure A money will be used to hire more police officers for a new drug enforcement task force to crack down on drug dealers who sell heroin, meth, opioids, and illicit cannabis. Human traffickers and gang members are also in the city’s crosshairs.

One final wrinkle: Other Valley cities are coming online with their own cannabis licensed cannabis outlets. If Fresno voters decide to be the only large California city to say “‘no” to a regulated cannabis market, many Fresnans will drive to get their cannabis from licensed shops in those places — enriching surrounding cities at our expense. Those who don’t care about the law will continue to buy from Bulldog gang members and backpack drug dealers here in town. In both cases, no tax revenue is collected, and that’s unacceptable. As Fresnans, we need to take control of our own destiny and protect our neighborhoods.

At least one Merced leader is hoping, tongue-in-cheek, that Fresno’s measure fails. County GOP chair Brian Raymond jokes that he would like it to lose, so “Fresno has to send all that tax revenue up here.”

This past June, Merced residents passed their own cannabis business tax with a whopping 77 percent of the vote. More recently that city granted licenses to four dispensary operators, with relatively little fanfare. Merced officials were on the news talking about the economic benefits and the increased revenue for public safety the stores will provide. Fresno would be wise to follow their lead.

At least one Merced leader is hoping, tongue-in-cheek, that Fresno’s measure fails. County GOP chair Brian Raymond jokes that he would like it to lose, so “Fresno has to send all that tax revenue up here.”

As my grandmother used to say, “Many a true thing is said in jest.”

Let’s keep our tax revenue at home where it can do the most good. Let’s safeguard our neighborhoods first. Let’s vote “Yes” on Measure A.

You can read Kim Castro’s opinion urging a “no” vote on Measure A at this link.