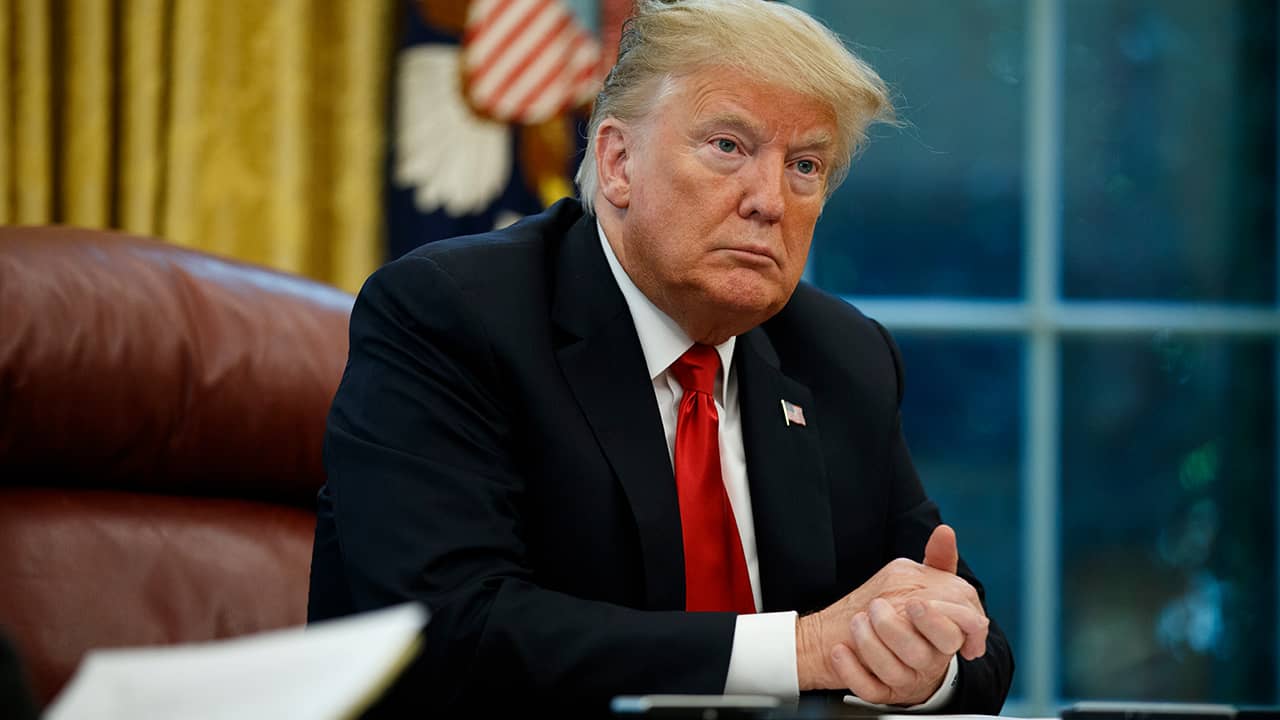 WASHINGTON — Facing the prospect of bruising electoral defeat in congressional elections, President Donald Trump said Tuesday that he won’t accept the blame if his party loses control of the House in November, arguing his campaigning and endorsements have helped Republican candidates.

Trump Has Been Campaigning Aggressively

Throughout much of the nearly 40-minute interview, he sat, arms crossed, in the Oval Office behind the Resolute Desk, flanked by top aides, including White House press secretary Sarah Huckabee Sanders and communications director Bill Shine. White House counselor Kellyanne Conway listened from a nearby sofa.

Unconcerned About Other Potential Threats to His Presidency

If Democrats take the House and pursue impeachment or investigations — including seeking his long-hidden tax returns— Trump said he will “handle it very well.”
The president declared he was unconcerned about other potential threats to his presidency. He accused Cohen of lying when testifying under oath that the president coordinated on a hush-money scheme to buy Daniels’ silence.
Trump on Tuesday declared the allegation “totally false.” But in entering a plea deal with Cohen in August, federal prosecutors signaled that they accepted his recitation of facts and account of what occurred.
Trump said that Washington lawyer Pat Cipollone will serve as his next White House counsel and that he hoped to announce a replacement for U.N. Ambassador Nikki Haley in the next week or two. He again repeated his frustration with Attorney General Jeff Sessions over the special counsel investigation, saying, “I couls fire him whenever I want to fire him, but I haven’t said that I was going to.”
On the ongoing Russia investigation, Trump defended his son Donald Trump Jr. for a Trump Tower meeting with a Kremlin-connected lawyer offering damaging information about Democrat Hillary Clinton. Trump called his son a “good young guy” and said he did what any political aide would have done. 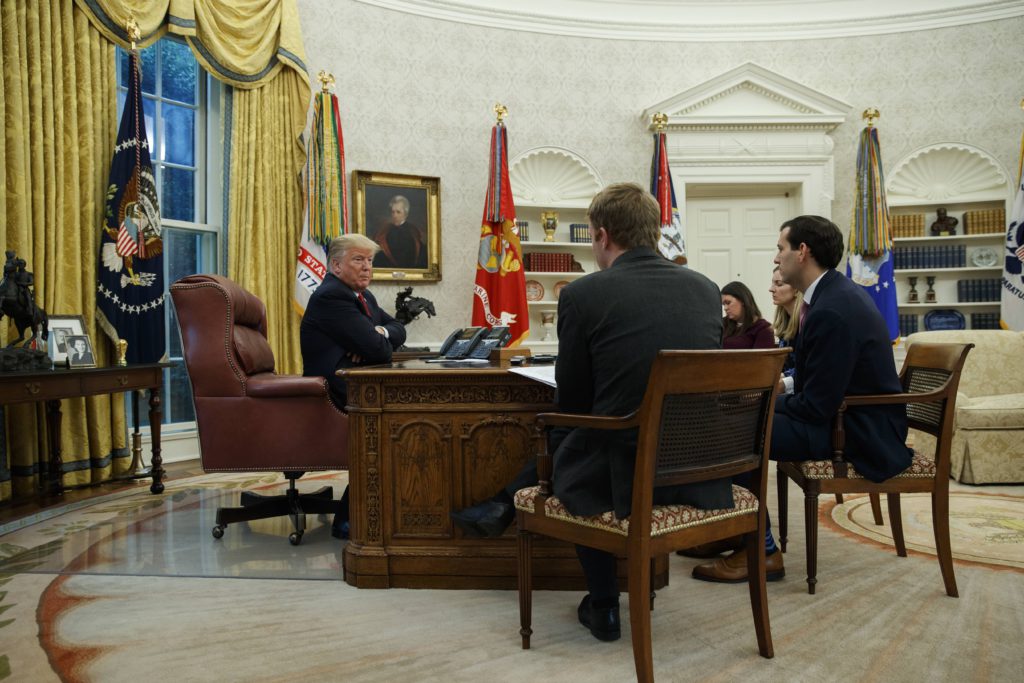 President Donald Trump speaks during an interview with The Associated Press in the Oval Office of the White House, Tuesday, Oct. 16, 2018, in Washington. (AP Photo/Evan Vucci)

Trump again cast doubt on climate change, suggesting, incorrectly, that the scientific community was evenly split on the existence of climate change and its causes. There are “scientists on both sides of the issue,” Trump said.

Engaging in Several Other Topics

The president engaged on several other topics, including:
— He said he has given no consideration to pardoning Paul Manafort, his former campaign chairman who was convicted of numerous financial crimes.
— He suggested that his second summit with North Korean leader Kim Jong Un would happen after next month’s midterm elections and would likely not be in the United States.
— He broke with Senate Majority Leader Mitch McConnell’s proposed changes to Social Security to control the deficit.
— And he defended his decision to break from his predecessors and not yet visit a military base in a combat zone, claiming it was not “overly necessary.”
Repeatedly stressing what he saw as the achievements of his first two years, Trump said he’d be seeking another term because there was “always more work to do.”
“The new motto is Keep America Great,” Trump said. “I don’t want somebody to destroy it because I can do a great job, but the wrong person coming in after me sitting right at this desk can destroy it very quickly if they don’t do the right thing. So no, I’m definitely running.”

No Winning Mega Millions Ticket. Jackpot Climbs Toward $1B