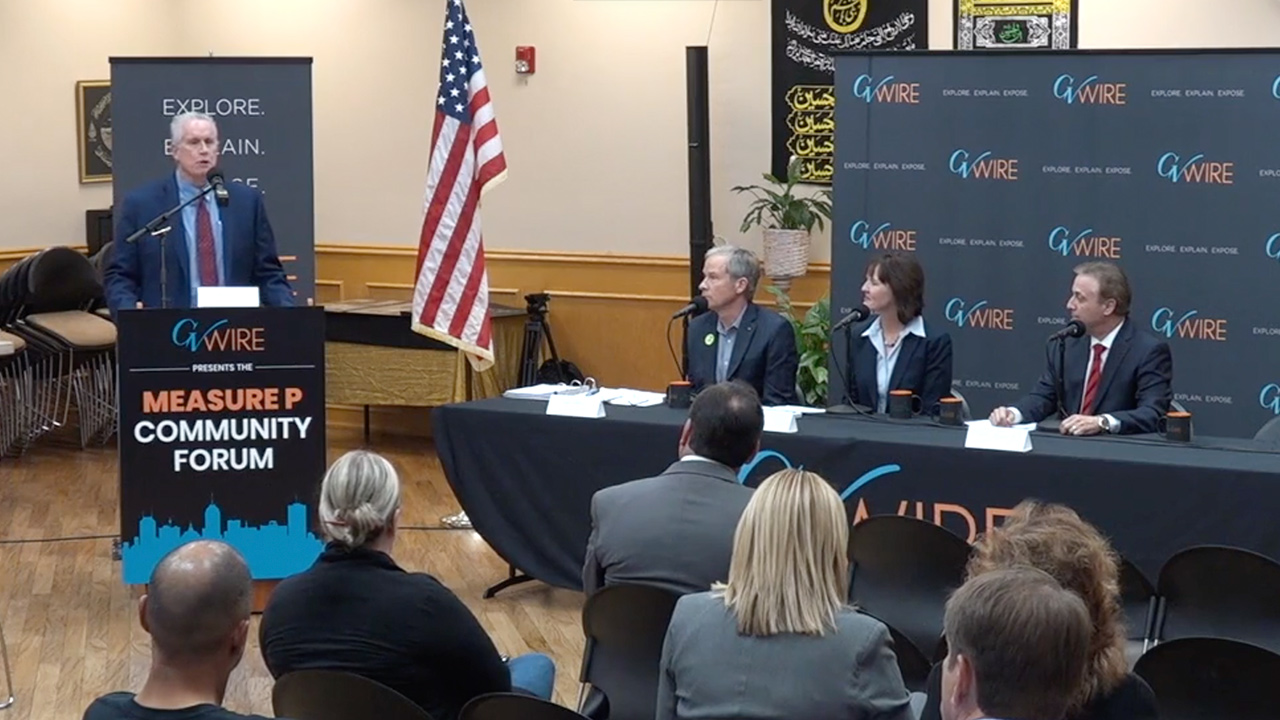 On October 11, 2018, advocates and opponents of a new tax to support public parks in Fresno met to debate the issue in a public forum.
If approved by voters on November 6, Measure P will raise the sales tax in the city of Fresno and generate close to $38 million per year to build, upgrade and maintain parks and other public spaces across Fresno.
The measure would also provide funding for arts and cultural programming in the city.
Supporters say the tax hike is needed to add new park space and fix deteriorating parks and related facilities across Fresno. Those opposed to the tax hike argue public safety is a more critical need and should be funded first.
GV Wire News Director Bill McEwen moderated the Measure P debate and also took questions from the audience.
Speaking in favor of Measure P were panelists Sharon Weaver from the San Joaquin River Parkway & Conservation Trust and Paul Gibson, a retired businessman and Measure P donor.
Speaking in opposition to Measure P was Fresno city councilman Garry Bredefeld.
In the above video, some content was condensed for brevity.