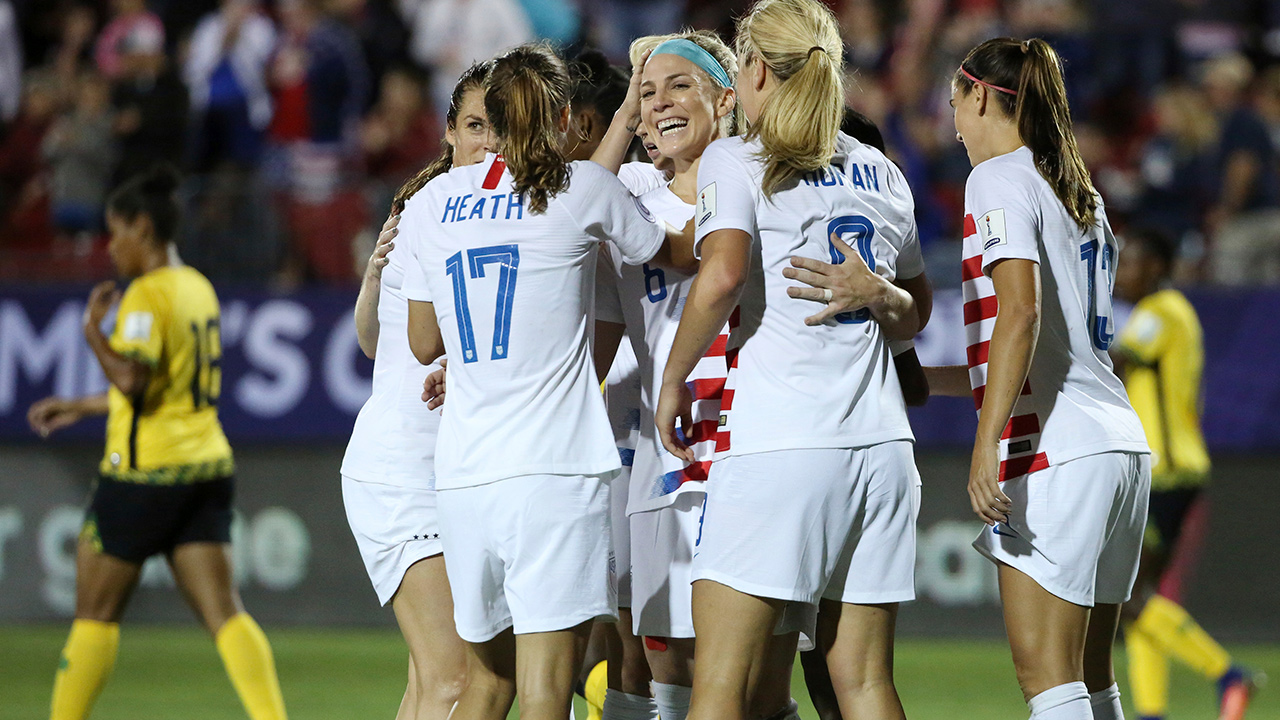 FRISCO, Texas — The U.S. women’s national team breezed through CONCACAF qualifying to secure a spot in the World Cup next year in France.

Canada, ranked No. 5 in the world, also clinched a spot in France with a 7-0 victory over Panama in the earlier semifinal at Toyota Stadium.
The top three finishers in the CONCACAF Women’s Championship represent the region in France, so the winners of both semifinals earned a berth before the final.
The title match between the United States and Canada and the third-place game are set for Wednesday in Frisco. The fourth-place finisher will face Argentina in a playoff for a spot in France.
“This is obviously going to be a different change of pace for us in this tournament because we haven’t faced a lot of shots from other teams, from opponents. But I think it will be good for us. We want to play the best teams in the world and Canada’s continuing to evolve and play well,” Morgan said.
The top-ranked United States is the defending champion of the sport’s premier event, having won the final in the 2015 World Cup against Japan. It was the team’s third World Cup title.
Jamaica, ranked No. 64th in the world, is still vying to become the first Caribbean nation to go to a World Cup. The Reggae Girlz upset Costa Rica 1-0 in the group stage before routing Cuba 9-0 to finish second to Canada in Group B.

The Match Against the United States Was a Good Test

The island nation re-started its women’s national team program in 2014 after a six-year hiatus, boosted by the support of Bob Marley’s oldest daughter, Cedella Marley.

Morgan Has 16 Goals for the United States This Year

Morgan’s goals tied her with Canada’s Adriana Leon for the tournament lead with six.
Morgan has 16 goals for the United States this year, and she has 23 goals in her last 23 matches. She has 96 career goals.
Heath, who spent much of 2017 and the beginning of this year sidelined by injury, has seven goals in seven starts this year. Her second goal of the night came on a spectacular serve from Portland Thorns’ teammate Lindsay Horan. On the run, Heath smashed it past Jamaica goalkeeper Sydney Schneider.
“They’re at another level,” Menzies said about the U.S. team. “Another level from us. It’s something we can learn from. The best game that we played so far was a loss to Canada, we learned a lot from that. So we’ve got to take these situations and add them into training and see if we can solve those things and use them against Panama.”
The match slowed down in the second half, played in a steady rain. But the thunderstorms that had been forecast never materialized.
Seventeen teams have earned trips to the World Cup. There are seven spots yet to be determined.