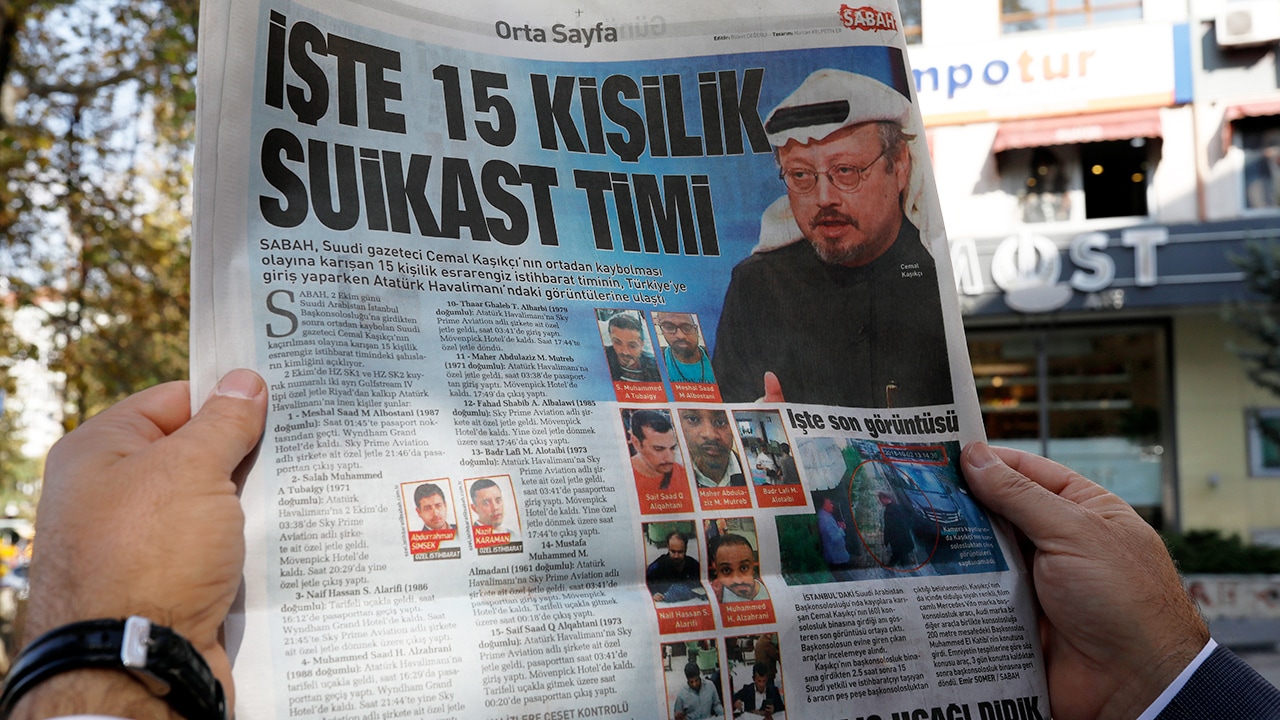 ISTANBUL — Turkish media published images Wednesday of an alleged 15-member Saudi “assassination squad” and video of suspicious movements at the Saudi Consulate in Istanbul following journalist Jamal Khashoggi’s disappearance a week ago, putting new pressure on the kingdom amid growing international concern for the writer.

No Footage of Khashoggi Leaving the Consulate

The footage all seemed to come from surveillance cameras, which would have been posted throughout the district housing the Saudi consulate and other diplomatic missions. No one has produced any such footage of Khashoggi leaving the consulate.
Turkey’s Hurriyet newspaper and other media alleged Wednesday that the Saudi Consulate’s 28 local staff were given leave on Oct. 2 on grounds that a “diplomats’ meeting” would be held there on that day. The reports did not cite a source and there was no official confirmation of the claim.
The Sabah newspaper, which is close to Turkish President Recep Tayyip Erdogan, published images of what it referred to as the “assassination squad” apparently taken at passport control. It said they checked into two hotels in Istanbul on Oct. 2 and left later that day.
Turkey’s private NTV news channel identified one member of the alleged 15-member team as the head of a Saudi forensic science agency. It alleged he may have been responsible for cleaning up any incriminating evidence. The station did not cite a source for its report.
Khashoggi had written a series of columns for the Washington Post that were critical of Saudi Arabia’s assertive Prince Mohammed, who has led a widely publicized drive to reform the conservative Sunni monarchy but has also presided over the arrests of activists and businessmen. 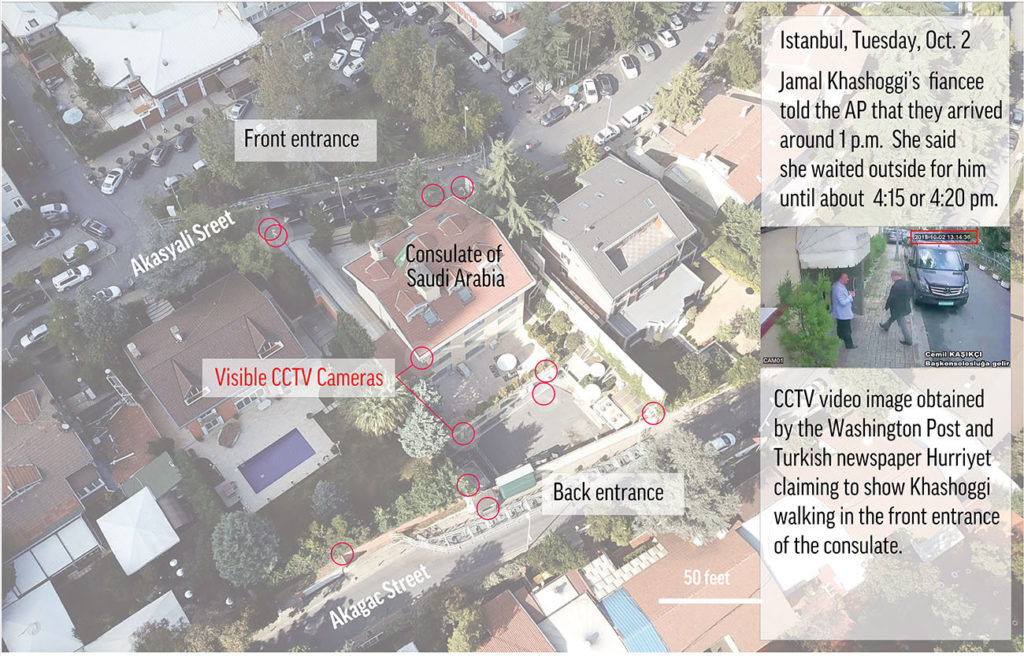 Jamal Khashoggi vanished on a visit to the consulate where he went to get documents needed for a marriage license.

Erdogan Has Not Accused Saudi Arabia

Erdogan has not accused Saudi Arabia of being responsible for Khashoggi’s disappearance but has said that if the Saudis have footage of him leaving the consulate they should release it.

Khashoggi Had Sought to Become a U.S. Citizen

Khashoggi had sought to become a U.S. citizen after living in self-imposed exile since last year, fearing repercussions for his criticism of the prince, Cengiz wrote.
Trump, who took his first overseas trip as U.S. president to the kingdom and whose son-in-law Jared Kushner has close ties to Prince Mohammed, said Tuesday he had not yet talked to the Saudis about Khashoggi, “but I will be at some point,” without elaborating.
Turkish Foreign Ministry spokesman Hami Aksoy said Tuesday that Saudi authorities have notified Ankara that they were “open to cooperation” and would allow the consulate building to be searched. It’s unclear when such a search would take place.
Embassies and consulates under the Vienna Convention are technically foreign soil and must be protected by host nations. Saudi Arabia may have agreed to the search in order to reassure its Western allies and the international community.