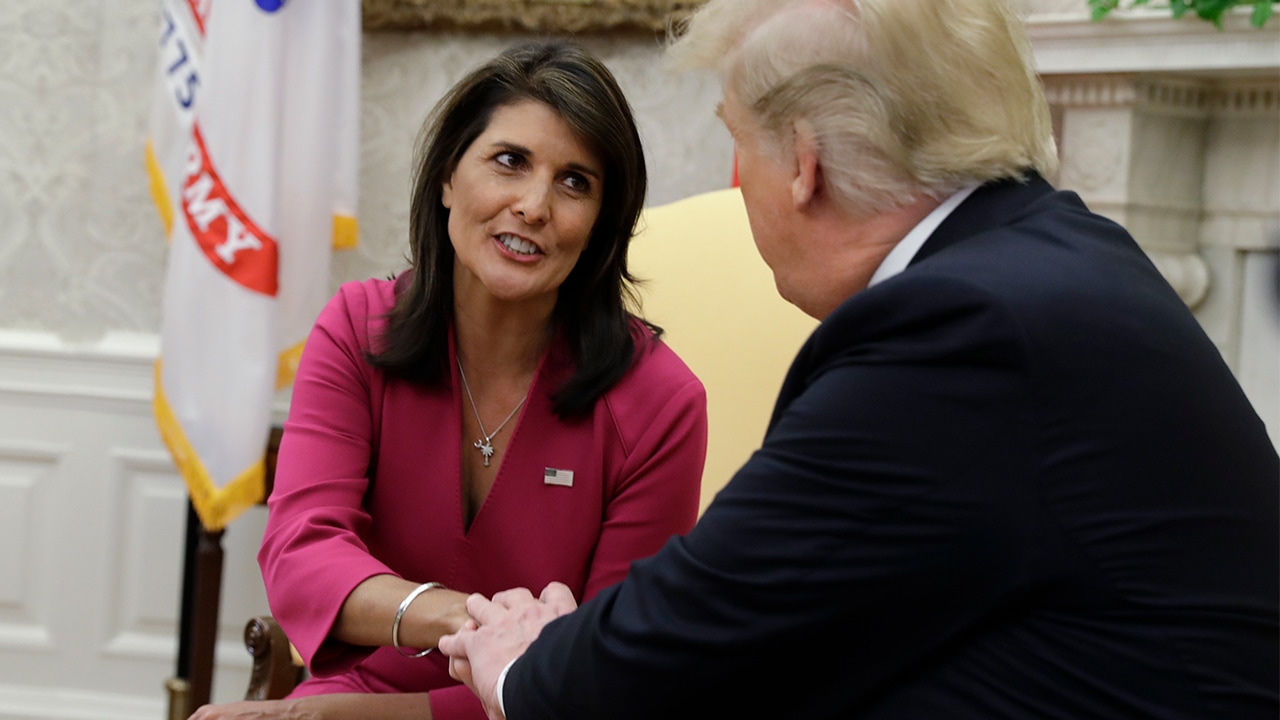 WASHINGTON — President Donald Trump said Tuesday that U.N. Ambassador Nikki Haley is leaving the administration at the end of the year. Trump spoke as he and Haley met in the Oval Office, shortly after word came of her plans to resign.
He called Haley a “very special” person, adding that she told him six months ago that she might want to take some time off. Trump said that together they had “solved a lot of problems.”
It’s the latest shake-up in the turbulent Trump administration just weeks before the November midterm elections. Haley’s resignation was a closely guarded secret. Congressional Republicans involved in foreign policy matters and some key U.S. allies did not get advance word from Haley or the White House.
No reason for the resignation was immediately provided. Haley, who is speculated to hold aspirations for higher office, said at the White House: “No I’m not running in 2020.”

A Rookie to International Politics

Haley, 46, was appointed to the U.N. post in November 2016 and last month coordinated Trump’s second trip to the United Nations, including his first time chairing the Security Council.

Her Pride in Working for Trump

Last month Haley wrote an op-ed article in The Washington Post discussing her policy disagreements but also her pride in working for Trump. It came in response to an anonymous essay in The New York Times by a senior administration official that alleged there to be a secret “resistance” effort from the right in Trump’s administration and that there were internal discussions of invoking the 25th amendment to remove him from office.