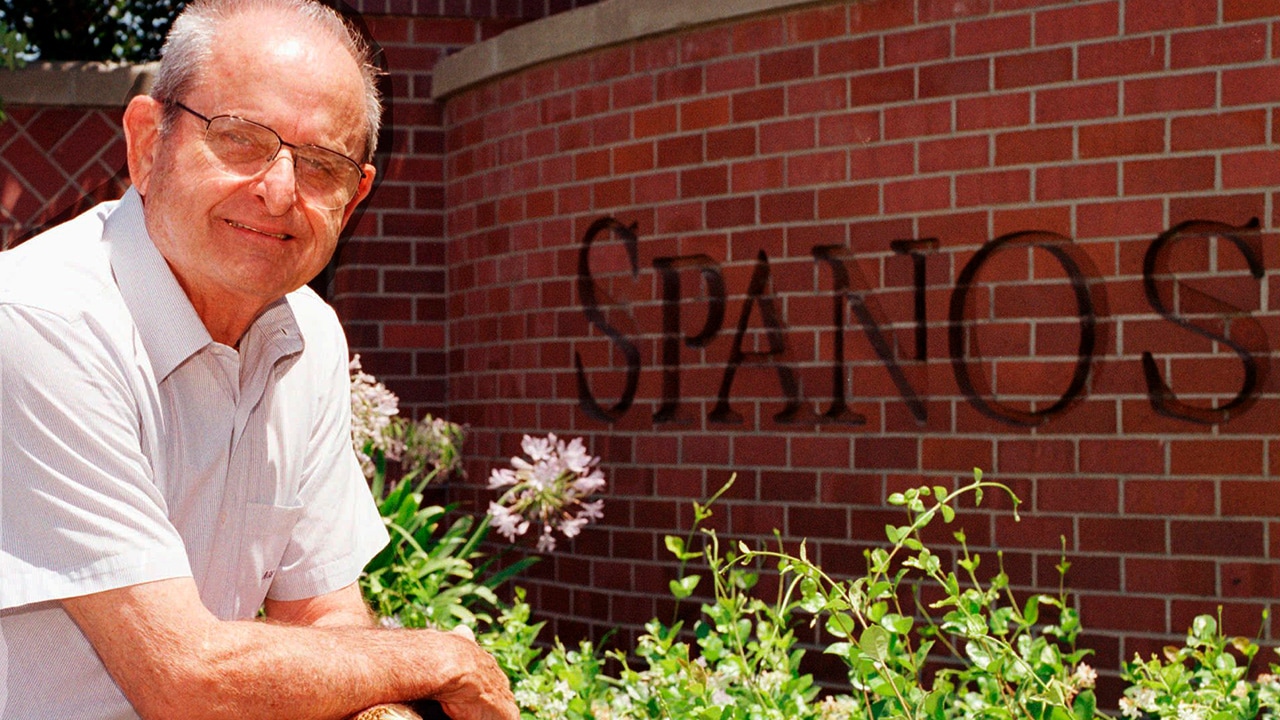 STOCKTON — Alex Spanos, the son of Greek immigrants who used a self-made fortune from construction and real estate to buy the Chargers in 1984, died Tuesday. He was 95.

Spanos Was Suffering From Dementia

Spanos hadn’t been in charge of day-to-day management of the Chargers since 1994, when he turned over the responsibilities to Dean Spanos, his oldest son. Dean Spanos decided to move the Chargers from San Diego to Los Angeles last year.

Spanos and his wife were generous philanthropists, giving to many causes related to hospitals, universities and youth programs. He gave extensively to the University of the Pacific, his alma mater in Stockton, where the Alex G. Spanos Center houses the Tigers’ basketball and volleyball teams.
He was an avid golfer and counted among his friends Bob Hope, Gerald Ford and many prominent politicians. Hope sometimes attended Chargers home games, sitting in Spanos’ box.
“Alex Spanos lived the American Dream,” former California governor Arnold Schwarzenegger said on Twitter. “His incredible story should inspire each and every one of us. As a son of immigrants, he rose from working in his father’s bakery to become a titan of real estate and business. But more importantly, he used his money and platform to give back to the world. He was a dear friend and I’ll miss him dearly.”

Alex Spanos lived the American Dream. His incredible story should inspire each and every one of us. As a son of immigrants, he rose from working in his father’s bakery to become a titan of real estate and business. 1/2

During his third season of Chargers ownership, Spanos fired legendary coach Don Coryell after the Chargers started 1-7 in 1986. It took nine seasons for the Chargers to make their first playoff appearance under Spanos’ ownership, in 1992.
After then-general manager Bobby Beathard nearly resigned following the 1993 season due to a feud over signing bonuses for free agents, Alex Spanos put Dean in charge of day-to-day operations of the team. With Beathard remaining, the Chargers made their only Super Bowl appearance, a 49-26 loss to San Francisco in January 1995.

Raising the Topic of a New Stadium

It was Alex Spanos who first raised the topic of a new stadium in 2000, just three years after the city expanded Qualcomm by 10,000 seats for the Chargers, touting it as being Super Bowl-quality. The stadium hosted Super Bowls in 1998 and 2003, but the city fell behind on maintenance and it fell out of the Super Bowl rotation.
Alex Spanos wasn’t held in warm regard by many San Diego fans and was booed during a halftime ceremony to retire Hall of Famer Dan Fouts’ No. 14 in 1988. After that, Alex Spanos didn’t participate in similar ceremonies.
The Chargers last year left San Diego, their home of 56 years, and moved north after years of fruitless attempts to secure funding for a new arena to replace aging Qualcomm Stadium. The Chargers are currently in the midst of their second of three seasons playing at StubHub Center in suburban Carson, but they will share a multibillion dollar stadium complex in Inglewood with the Los Angeles Rams upon its completion in 2020.
Spanos is survived by four children, 15 grandchildren and 12 great-grandchildren.

Yang Wants to Take Advocacy From the Streets to City Council