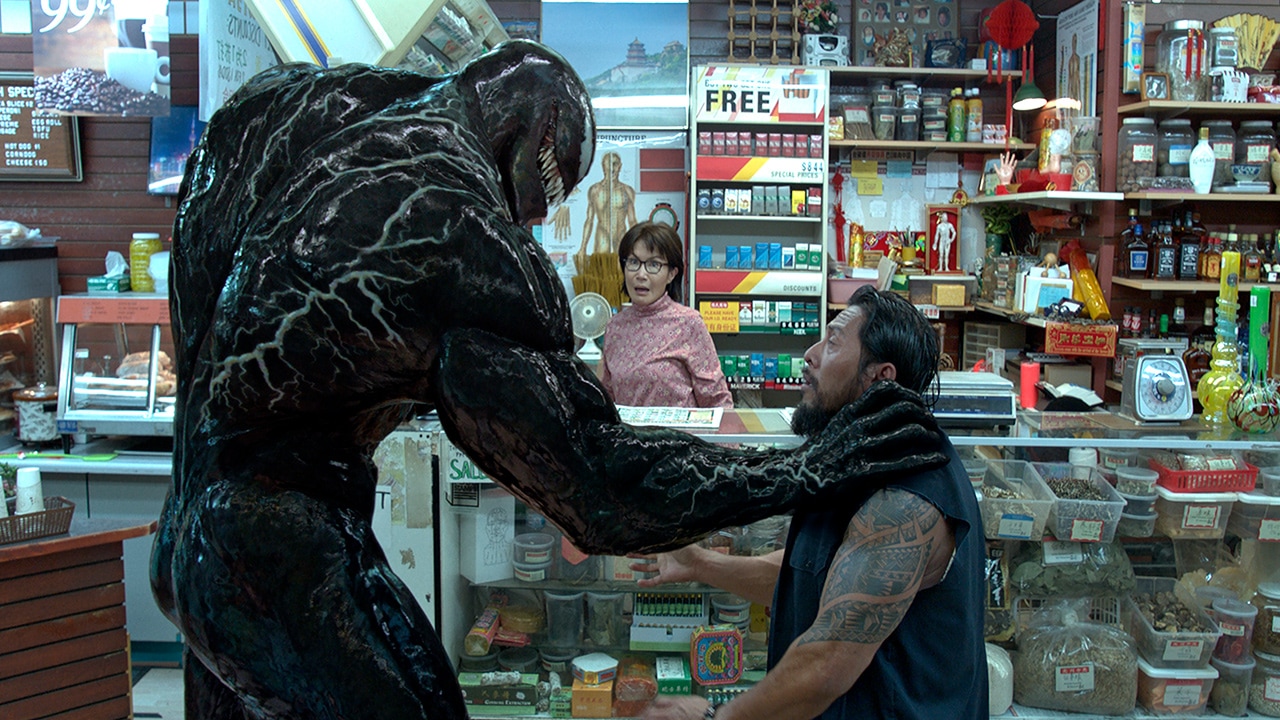 NEW YORK — In a weekend of perfect counterprogramming for Hollywood, the comic-book movie “Venom” shrugged off bad reviews to shatter the October box-office record with an $80 million debut, while Bradley Cooper’s “A Star Is Born” soared to $41.3 million.
With $174.5 million in tickets sold at U.S. and Canadian theaters, according to comScore, it was easily the best October weekend ever thanks to two very different films that both outperformed expectations.
“Venom” came in a critically panned, much-doubted foray by Sony Pictures to kick-start a Marvel expansion away from “Spider-Man.” Warner Bros.’ “A Star Is Born” remake rode a wave of hype, Oscar buzz and acclaim for Cooper’s directorial debut and Lady Gaga’s first leading performance.
One was a very iffy proposition; the other a sure thing. Both worked big time.
“We knew we had a hit,” said Warner Bros. distribution chief Jeffrey Goldstein of “A Star Is Born.” ”We also knew that every time people saw the movie, they felt it, they cried, they loved it. People just like the movie.”

That was more in question for director Ruben Fleischer’s “Venom,” starring Tom Hardy as the antihero who first appeared in 2007’s “Spider-Man 3.” The film earned a dismal 32 percent “fresh” rating on Rotten Tomatoes. In “Venom,” many expected another studio misfire with “cinematic universe” ambitions.

Warner Bros., which premiered “A Star Is Born” last month at the Venice Film Festival, previewed the film in special advance screenings in the days ahead of opening, adding an additional $1.3 million in ticket sales. The fifth version of the oft-remade tale, which cost about $40 million to make, had been in development at Warner Bros. for decades, with earlier versions to potentially star Whitney Houston or Beyonce.