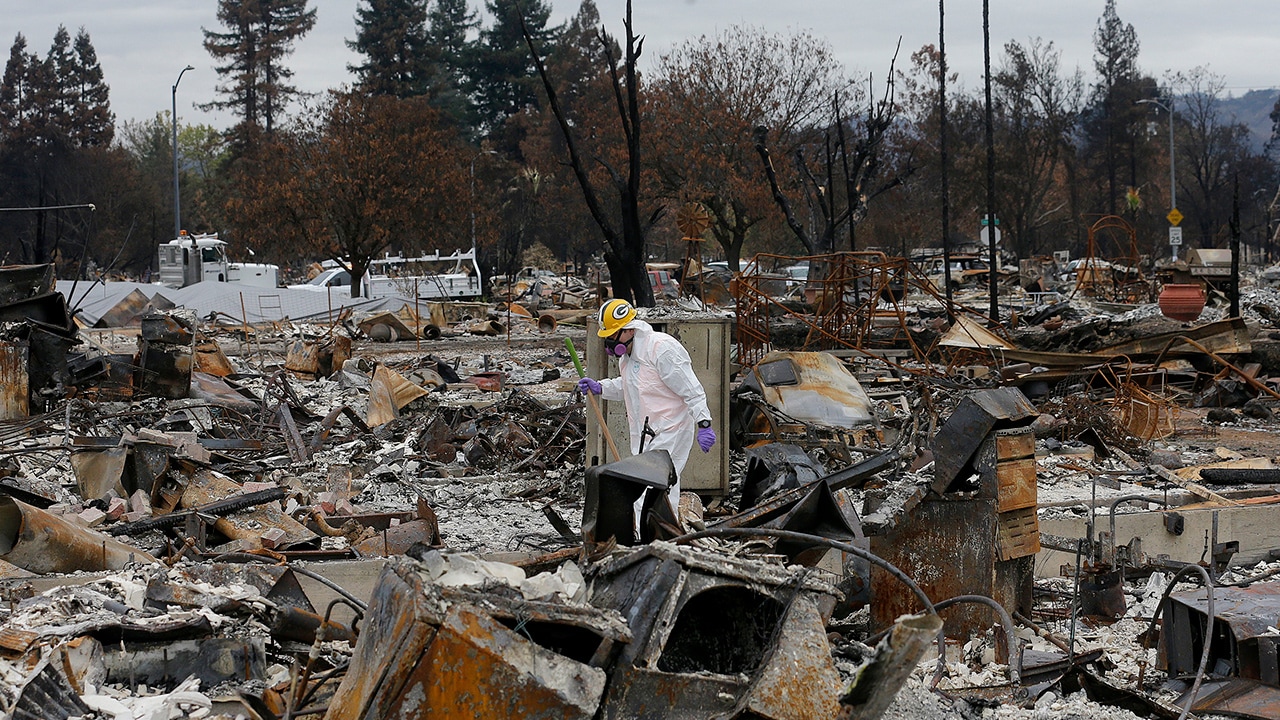 SANTA ROSA — One year after wildfires devastated Northern California’s wine country and destroyed thousands of homes, the U.S. Army Corps of Engineers’ first experience cleaning up after a wildfire has turned into an expensive bureaucratic mess. The state’s top emergency official suspects fraud played a role.
In October 2017, state and local officials lacked the resources to quickly clear still-smoldering toxic debris from 4,500 homes destroyed by a wildfire in and near Santa Rosa. So the Army was called in.
The Army was in charge of awarding $1.3 billion in cleanup contracts to three contractors, which hired dozens of smaller companies to haul away the debris and dispose of it in landfills. The hauling companies were paid by the ton. The more they hauled, the more they earned.
The first complaints started almost as soon as the first dump truck was loaded in November. Homeowners said workers dug too deep and took too much dirt from their lots. Driveways, retaining walls and sidewalks that had not been damaged ended up damaged or removed, the homeowners said.
By the summer, nearly 1,000 homeowners had flooded the Army, state and local officials with complaints. After contractors hauled away 2 million tons (1.8 million metric tons) of debris, the U.S. Army Corps declared that its mission had been accomplished and left without responding to homeowners’ complaints, Sonoma County Supervisor Shirlee Zane said.

Folks Were Traumatized by the Fire

“These folks were traumatized by the fire and then traumatized again by the cleanup,” said Zane, who represents Santa Rosa’s hardest-hit neighborhoods. “Someone needed to help us.”


“These folks were traumatized by the fire and then traumatized again by the cleanup. Someone needed to help us.” — Shirlee Zane, Sonoma County Supervisor
In August, Zane and other Sonoma County officials went to the state capitol in Sacramento and persuaded the California Office of Emergency Services to fix what the Army would not.
Director Mark Ghilarducci said the Office of Emergency Services has spent millions repairing the damage, and more work remains. In a letter last month to the Army, Ghilarducci demanded that the Army reimburse the state and come back to California to fix the lots still in need of repair.
Ghilarducci said it’s “probable” unscrupulous contractors committed fraud, citing “egregious oversight” by federal officials.
“Given these subcontractors were paid per ton of soil removed, it is probable this over-excavation was an intentional effort to capitalize on this tragedy by defrauding the government,” Ghilarducci wrote to the U.S. Army Corps last month.
Corps spokesman Mike Petersen said no evidence of fraud has been reported. He said the Federal Emergency Management Agency was preparing a response to Ghilarducci’s letter.

Failing to Properly Monitor the Cleanup

One of the Biggest Cleanup Jobs After a Natural Disaster

Petersen said it was one of the biggest cleanup jobs after a natural disaster for the Corps, which is routinely called in after hurricanes and earthquakes but lacks experience with wildfires.

Facebook Wants People to Invite Its Cameras into Their Homes