I learned that little ditty when I was 4 years old, and for many more years, I believed it. I believed that Columbus “discovered” America. 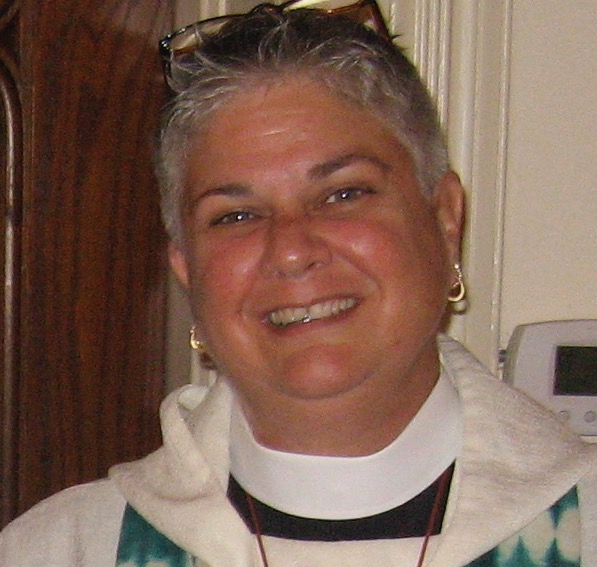 I know: “Lie” is a strong word. But the whole concept of Columbus “discovering” America? Trust me: It is a lie.

It wasn’t until I was in my teens that I learned that story was a lie.

I know: “Lie” is a strong word. But the whole concept of Columbus “discovering” America? Trust me: It is a lie.

Columbus was looking for a shorter route to India. But he never got there. He landed first in what is now the Bahamas, and then went on to what is now Hispaniola, the island of the nations of the Dominican Republic and Haiti. Which is how I know he didn’t “discover” America.

A meme that circulates on Facebook every year at this time corrects that little ditty so many of us memorized:

It wasn’t until I was an adult that I learned the real truth about Columbus: That his so-called discovery led to the Doctrine of Discovery, issued by Pope Alexander VI in 1493, which stated that any land not inhabited by Christians was available to be “discovered,” claimed and exploited by Christian rulers …” (Source: The Gilder Lehrman Institute of American History).

Columbus Massacred the Natives He ‘Discovered’

I learned about how, even before that horrible edict was issued, Columbus and most of the explorers who followed him across the ocean began massacring the natives they “discovered” — all in the search for riches.

And when I moved to Haiti as a missionary, I learned even more of the truth that is not told in our history books: Columbus was so intent on finding gold that when the original inhabitants — the indigenous Taino, an Arawak-speaking people who began arriving from the Yucatan peninsula as early as 4000 BCE — couldn’t produce any because the island didn’t have gold, he began enslaving and executing them.

What Columbus and his men and those who followed him did in Haiti, they did everywhere: Give us gold and riches or die.

Learning More About the History of Europeans

When I moved to the Rosebud Reservation in South Dakota, the home of the Sicangu Lakota Oyate, the Burnt Thigh Lakota Peoples, I learned even more about the history of Europeans and what they did — and continue to do — to Natives.

I learned even more about the history of Europeans and what they did — and continue to do — to Natives.

How the people who have been here for thousands of years were attacked, wiped out, rounded up, put on reservations as their land was stolen over and over and over again.

How their children were kidnapped and sent to boarding schools in order to “assimilate” to the white man’s ways (even though it is immigrants who are called to assimilate to the native culture).

How many of those children never returned, how they died, and how their remains are still missing, or have been buried far away from their homelands.

How Natives, the original inhabitants of this land, were not allowed to vote in this country until 1924.

How in a country founded in part on religious freedom, Natives did not have the right to celebrate their own traditional religion until the passage of the American Indian Religious Freedom Act of 1978.

No, I Don’t Celebrate ‘Columbus Day’

So, no, I don’t celebrate “Columbus Day.”

Instead, I celebrate Native American Day, as we call it in South Dakota. I celebrate Indigenous People’s Day, as it is called in more and more places in the United States.

Instead, on the second Monday of October each year, I celebrate Native American Day, as we call it in South Dakota. I celebrate Indigenous People’s Day, as it is called in more and more places in the United States.

I celebrate the people who were here in the Americas for thousands of years before any European showed up, the ones who have taught me so much truth, who have helped me to understand on a much deeper level my place in God’s sacred creation, and who have assured me, in every way possible, that you can’t “discover” a land that already is inhabited by millions of people.

Christopher Columbus did not “discover” America. He got lost and landed in the Caribbean islands.

And we need to stop celebrating that.

The Rev. Dr. Lauren R. Stanley is an Episcopal priest serving on the Rosebud Reservation in South Dakota. She wrote this for InsideSources.com.