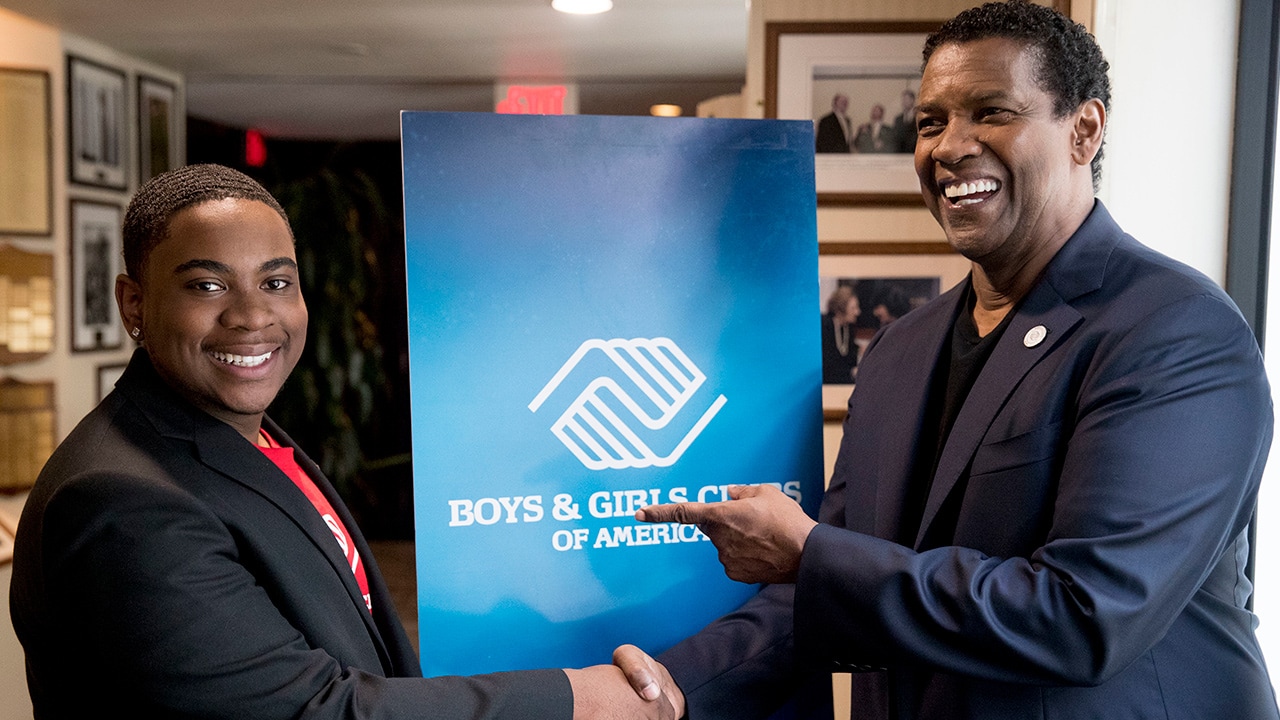 The Advice Paid off When Learning His Craft

That advice paid off when learning his craft as an actor. He started performing as a junior in college and had instant success. But he remembered that his natural ability would only take him so far. “So I decided to continue my studies and go on to work on my master’s, and that was directly related to an experience I had as a child in the Boys & Girls Club,” Washington said.
Washington was in the nation’s capital for the annual Boys & Girls Club National Youth of the Year award ceremony. This year’s Southwest Youth of the Year recipient was Malachi Haynes, who accepted the honor before an audience that included members of Congress and Boys & Girls Clubs of America supporters, including Washington, who is the national spokesman. Haynes, seated next to Washington, called it surreal. “Probably 30 emotions all at once,” he said of the honor.
When Washington was young, he spent so much time at the Boys & Girls Club of Mount Vernon, New York, that “literally, they had to send me home.” He remembers at one club talent show he played a member of the Beatles.
“I think I was John, if not Paul. I think I was John. I definitely wasn’t Ringo. Not that I’m knocking Ringo, but I was I wasn’t playing the drums, I was playing guitar,” he said.

Washington Applied the Lessons He Learned

While his children were not as active with the Boys and Girls Club of America, Washington applied the lessons he learned to their upbringing.