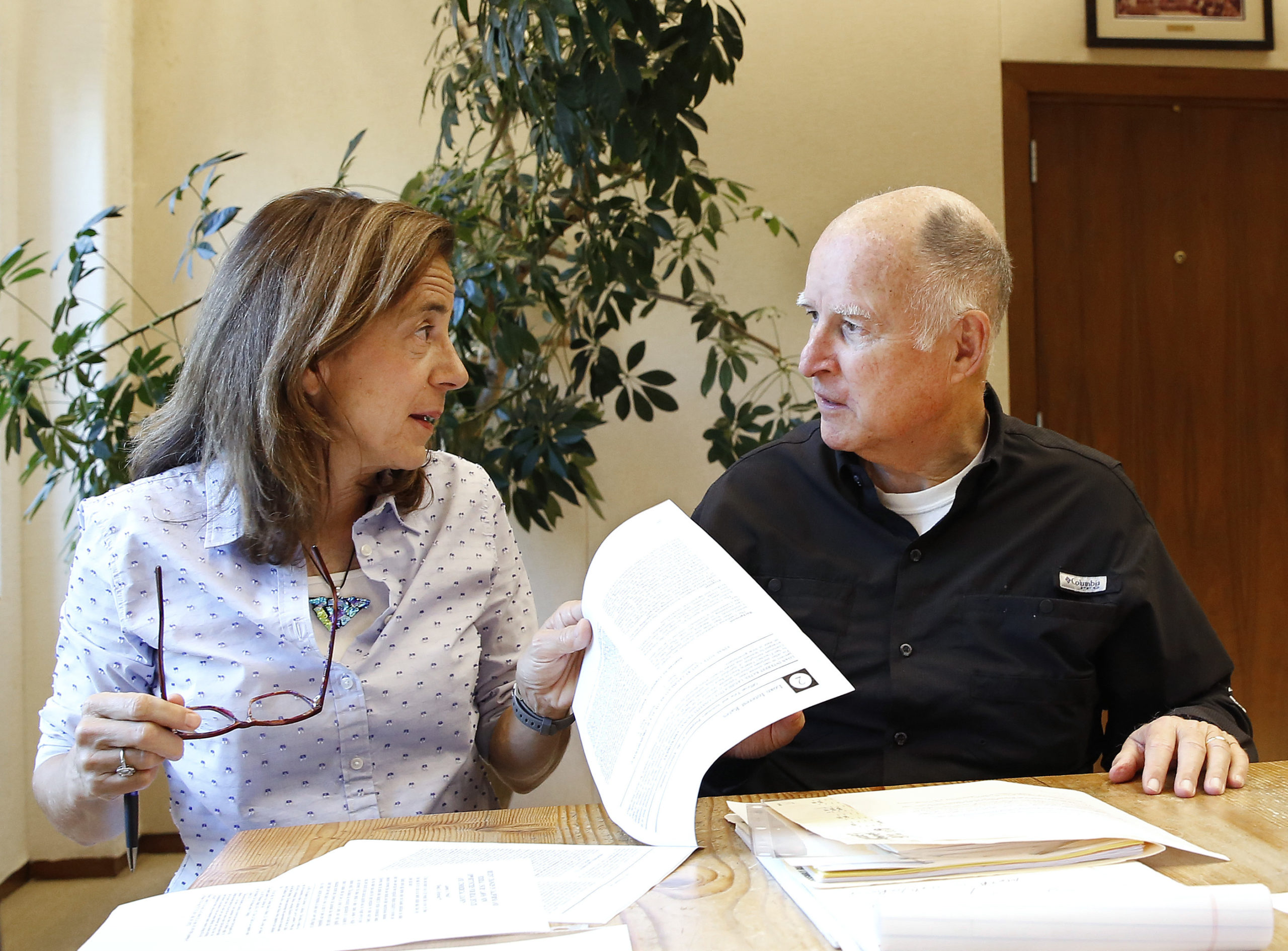 SACRAMENTO — California has become the first state to require publicly traded companies to include women on their boards of directors, one of several laws boosting or protecting women that Gov. Jerry Brown signed Sunday.
The measure requires at least one female director on the board of each California-based public corporation by the end of next year. Companies would need up to three female directors by the end of 2021, depending on the number of board seats.

The Democratic governor referenced the objections and legal concerns that the law has raised. The California Chamber of Commerce has said the policy will be difficult for companies to implement and violates constitutional prohibitions against discrimination.
“I don’t minimize the potential flaws that indeed may prove fatal to its ultimate implementation,” Brown wrote in a signing statement. “Nevertheless, recent events in Washington, D.C. — and beyond — make it crystal clear that many are not getting the message.”
It is one of several measures affecting women that Brown signed Sunday, his last opportunity to approve or veto laws before the term-limited governor leaves office. He also approved legislation requiring smaller employers to provide sexual harassment training and banning secret settlements related to sexual assault and harassment.
But he vetoed a bill that would have required California’s public universities to provide medication for abortion at campus health centers, saying the services are already “widely available” off campus.
Brown’s actions come as the #MeToo movement against sexual misconduct led to a reckoning nationwide that has ousted men from power. The latest high-profile allegations are against Supreme Court nominee Brett Kavanaugh, who has denied decades-old claims of sexual misconduct from three women.

The author of the California measure on corporate boards, SB 826, said she believes having more women in power could help reduce sexual assault and harassment in the workplace.
Having more women on the boards also will make companies more successful, state Sen. Hannah-Beth Jackson said. Women tend to be more collaborative and are better at multitasking, the Santa Barbara Democrat said.
A fourth of publicly held corporations with headquarters in California don’t have any women on their boards of directors. These companies have not done enough to increase the number of women on their boards despite the Legislature’s urging, making government intervention necessary, Jackson said.
“This is one of the last bastions of total male domination,” she said. “We know that the public and business are not being well-served by this level of discrimination.”
The California Chamber of Commerce argued that the composition of corporate boards should be determined internally, not mandated by government. The chamber said the new law will prioritize gender over other aspects of diversity, such as race and ethnicity.
“It creates a challenge for a board on achieving broader diversity goals,” said Jennifer Barrera, senior vice president for policy at the chamber.
The law applies to companies that report having their principal executive offices in California. Companies can be fined $100,000 for a first violation and $300,000 for subsequent violations.
The law also requires companies to report their board composition to the California secretary of state and imposes a $100,000 fine if a company fails to do so.
Some European countries, including Norway and France, already mandate that corporate boards include women.

Brown stopped short on Sunday of making California the first state to mandate public colleges and universities offer abortion medication at their health centers. A bill by Democratic Sen. Connie Leyva would have required all 34 University of California and California State University campuses to make the drugs available at their health centers by 2022.
The public schools now refer students to outside providers. Abortion rights advocates said that made it difficult for women without a car and also expensive because many private providers do not accept student insurance.
A group of private donors, some of them anonymous, had vowed to pay for up to $20 million in startup costs, including ultrasound equipment and training for both medical and billing staff.
Abortions using medication are induced by taking two pills, which can be given up to 10 weeks into a pregnancy. One pill is administered in the clinic and a second drug is taken later at home. The drugs induce bleeding similar to a miscarriage.
Leyva vowed to reintroduce the bill under California’s next governor; Brown is leaving office early next year.
“I am hopeful that our incoming Legislature and governor will agree that the right to choose isn’t just a slogan, but rather a commitment to improving true access to abortion for students across California,” she said in a statement.