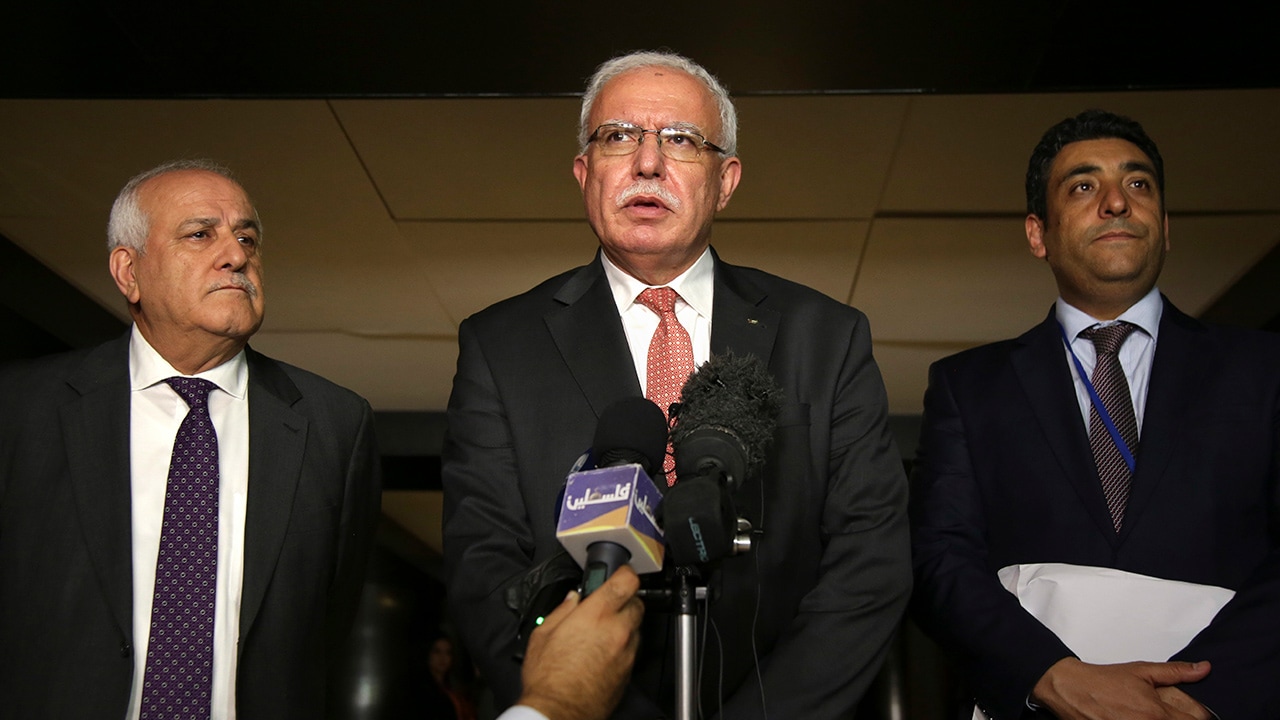 UNITED NATIONS — Israeli and Palestinian leaders prepared Thursday to take center stage within an hour of each other at the U.N. General Assembly.

Egyptian mediated cease-fire talks have hit a deadlock, and Hamas is now intensifying its campaign with more protests.
Palestinians were infuriated, and many Israelis were thrilled, by a series of decisions Trump has made within the last year, starting with his recognition of Jerusalem as Israel’s capital. The Palestinians also claim the holy city as the capital of an eventual state. Earlier this year, Trump followed up on the recognition by moving the U.S. Embassy in Israel from Tel Aviv to Jerusalem, a step that was widely protested by Palestinians and others in the Arab world.
His administration has also slashed aid to the Palestinians by hundreds of millions of dollars and ended U.S. support for the U.N. agency that helps Palestinian refugees.
The World Bank warned Tuesday that Gaza’s economy is in “free fall,” with a 6 percent contraction in the first quarter of this year and unemployment standing at over 50 percent. A report from the bank urged Israel and the international community to take action to avoid “immediate collapse.”
It attributed the downturn to a combination of factors, including Israel’s decade-long blockade of the Hamas-controlled territory, budget cuts by the rival Palestinian Authority and a reduction in international aid, particularly from the U.S.

Ensuring That Institutions Are Stable

Other leaders who spoke at the General Assembly Thursday included Haiti’s President Jovenel Moise, who told the gathered leaders he had “spared no effort to ensure that institutions are stable and to make sure we are creating a safe and stable enviro conducive to investment and to relaunching growth” in his country since the U.N. peacekeeping mission there wrapped up in October 2017.


“We cannot let the voice of nationalism and division win over dialogue and cooperation.” — Lithuanian President Dalia Grybauskaite
The mission had helped the most impoverished country in the Western Hemisphere through 13 years of political turmoil and natural catastrophe. It has been followed by a new “stabilization” mission made up of about 1,300 international civilian police officers, along with 350 civilians tasked with helping Haiti reform its justice system.
The Caribbean island country continues to face economic and environmental challenges, including its vulnerability to natural disasters. It suffered heavy blows from a devastating 2010 earthquake and Hurricane Matthew in 2016.
Earlier, Lithuania’s president assailed world leaders for being “too quiet, too passive, too ignorant” in the face of abuses, corruption and inequality, and took a dig at Trump’s America-first vision.
“We cannot let the voice of nationalism and division win over dialogue and cooperation,” said Lithuanian President Dalia Grybauskaite.
Much of the attention at the international community’s most prominent gathering has been focused on Trump, whose brash behavior and boastful address on Tuesday provoked laughter and headshakes from other leaders. On Wednesday, he chaired a Security Council meeting on nonproliferation of nuclear, chemical and biological weapons and fired off more tough words at Iran.
Trump also made waves by accusing China of meddling in November’s U.S. elections. China denies any interference.
Related Topics:leadersNorth KoreaPalestinianPresident Donald TrumpSecurity Council meetingU.N. General Assembly
Up Next