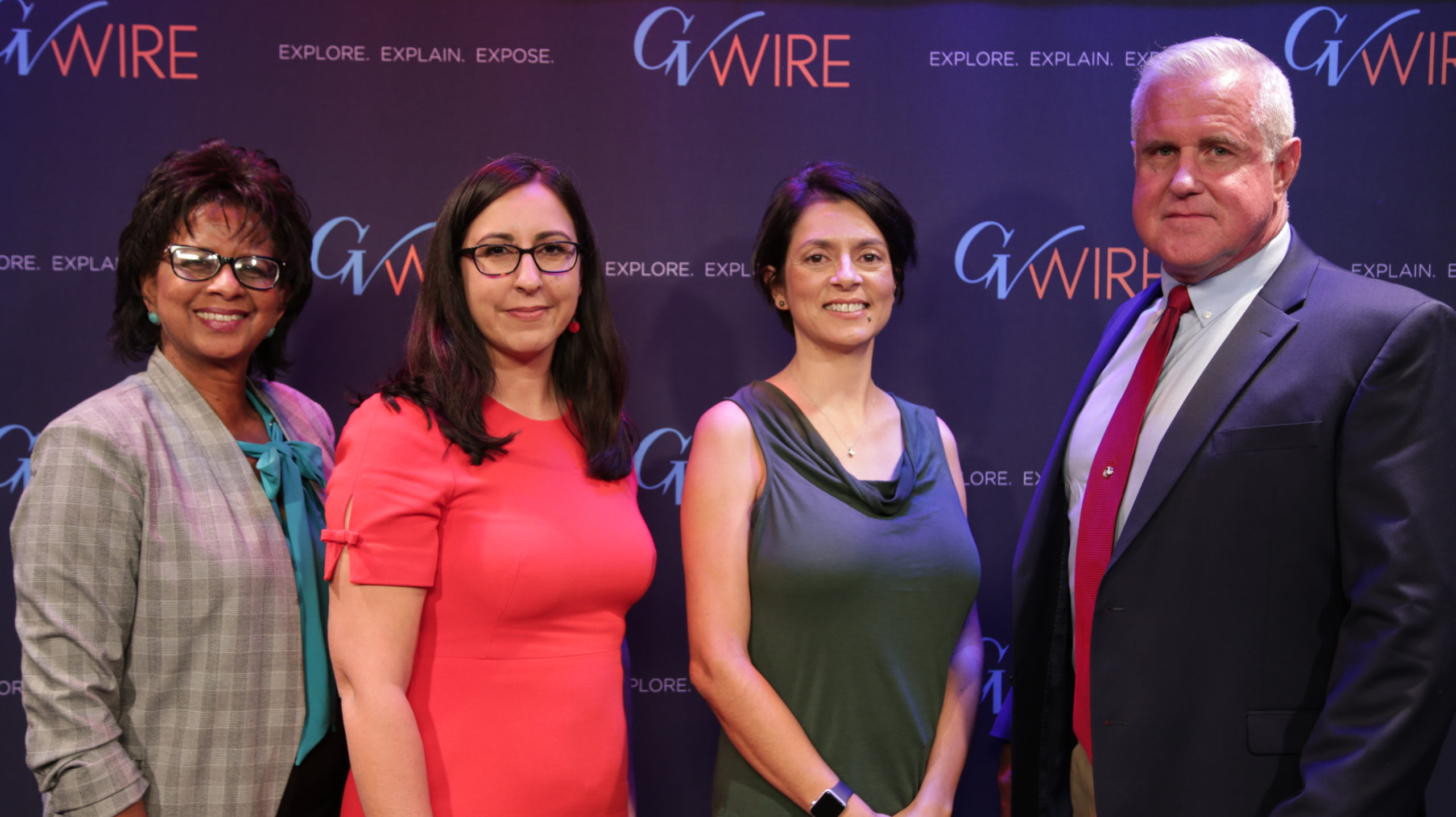 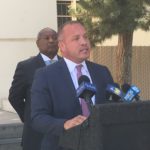 In the one-hour forum, no one yelled or screamed at each other. The four candidates had ample time to answer questions from moderator Bill McEwen, GV Wire’s news director.
Things were so copacetic, that afterward, candidates engaged in handshakes, hugs, and smiles after sharing views on taxes, school safety, and Measure X spending, among many topics.
Terri Edwards kibitzed with the wife and daughter of one of her opponents, Terry Slatic.
Nasreen Johnson, a publicist for Fresno EOC, and Amanda Karabian, a self-described mom, joined Edwards, an administrator with the Parents University program at Fresno Unified and Slatic, a retired Marine Corps officer and business executive.
The four are seeking to replace Ashjian, who opted not to run for re-election. He has endorsed Slatic. 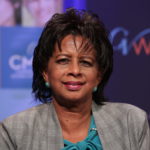 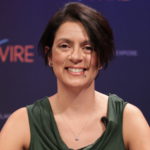 “If (a parcel tax) is in fact passed, it lends some options achieving the things we all believe.”—candidate Terry Slatic.
Slatic said he was not satisfied with the safety arrangements at Fresno Unified. He said a student was expelled from Bullard High School last year for making a death threat against one of his children.
He noted that the ShotSpotter gunshot detection program is not near Bullard.
However, other candidates showed lukewarm support for expanding ShotSpotter.
Edwards felt ShotSpotter is just one of the safety measures the district should take, including active shooter training. 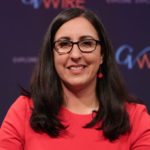 “(ShotSpotter) is only helpful after shots are fired.”—candidate Nasreen Johnson
Johnson called for all kinds of improved safety, including on buses. She mentioned her daughter was in a school bus accident recently.
“(ShotSpotter) is only helpful after shots are fired,” she said. Johnson suggested additional security and mental health services.
Karabian wants to bring more people to the table to decide what safety upgrades might be needed.
GV Wire along with CMAC hosted the Area 7 debate, as well as debates for the three other Fresno Unified seats up for election.
Related Topics:Brooke AshjianBullard High SchoolFresno UnifiedNasreen Johnsonschool board electionTerri EdwardsTerry Slatic
Up Next