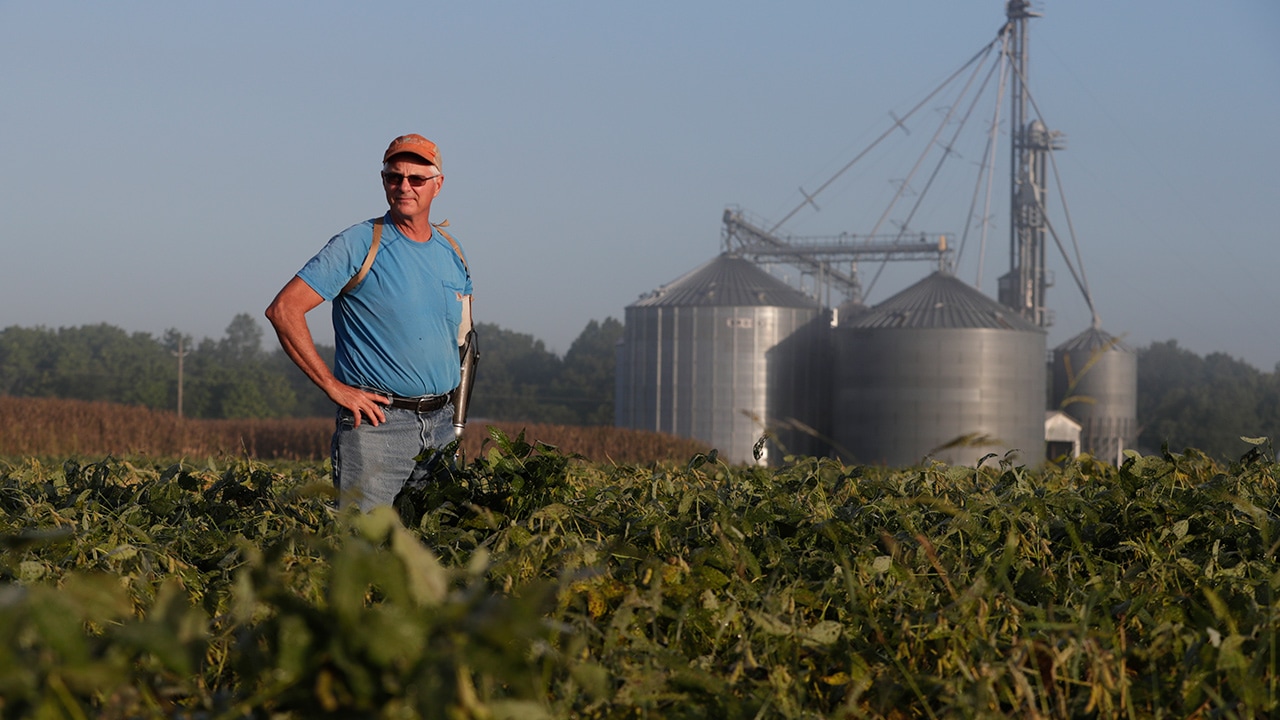 Up to $12 Billion in Emergency Relief

The Trump administration is providing up to $12 billion in emergency relief funds for American farmers, with roughly $6 billion in an initial round. The three-pronged plan includes $4.7 billion in payments to corn, cotton, soybean, dairy, pork and sorghum farmers. The rest is for developing new foreign markets for American-grown commodities and purchasing more than two dozen select products, including certain fresh fruits and vegetables, nuts, meat and dairy.
Agriculture Secretary Sonny Perdue announced last month that soybean growers will get the largest checks, at $1.65 per bushel for a total of $3.6 billion. China is the world’s leading buyer of American soybeans, purchasing roughly 60 percent of the U.S. crop. But since Beijing imposed a 25 percent tariff on soybean, imports prices have plunged.
The lack of initial detail about how the calculations were made left farmers scratching their heads.
Asked about the confusion, Rob Johansson, the Agriculture Department’s chief economist, responded that the USDA took into account a number of factors “including the share of production that is exported and the value of trade directly affected by the retaliatory tariffs.”
“The level of damage is not the same for each commodity,” he said in a written response to questions submitted by The Associated Press.
He estimated that there would be more than 784,000 applications for relief.
The USDA has since released a detailed analysis of how the department made its calculations.

Payments Are Uneven and Won’t Do Much

The breakdown has stunned corn and wheat farmers who say the payments are uneven and won’t do much of anything to help keep struggling farms afloat.

Nobody Wants to Have an Aid Package

“Nobody wants to have an aid package. I mean, if you’re a farmer you’re in the business of producing a crop. We just want a fair price for it,” said Joel Schreurs, a soybean and corn producer near Tyler in southwestern Minnesota who sits on the board of both the American Soybean Association and the Minnesota Soybean Growers Association.

Corn Farmers Will Be Getting so Little in Bailout

Jack Maloney says corn farmers will be getting so little in bailout aid that for roughly 200,000 bushels of corn a farmer would get only about $2,000 for their losses.
“That’s not even beer money,” said the Brownsburg, Indiana, corn and soybean grower.
Maloney, 62, began farming full time in 1978 and now has two employees. He said some fellow farmers are angry and upset.
“Agriculture has always been the butt of all the trade wars,” he said, adding that this isn’t the first time he’s seen trade disruptions affect the agricultural markets.
Maloney said he had already cut back on expenses during the past three years and hasn’t taken a paycheck from his farm for more than a year because of tough times before the trade war began. He said the recent tumult has dashed hopes for stabilizing agricultural markets anytime soon.
“We were seeing a little light at the end of the tunnel — the markets were improving a little,” he said, “and then this tariff thing happened and this trade war.”
Daniel Weinand worries the market downturn could be the death knell for his farm. Weinand, 30, grows corn, canola and yellow peas on 900 acres of rented land near Hazen, North Dakota. He said he expects to reap about 30,000 bushels of corn, and to receive about $300 in aid.
“A penny a bushel on corn, it’s not that it’s entirely worthless. But it almost is,” he said. “I don’t know how many more years I can weather.”