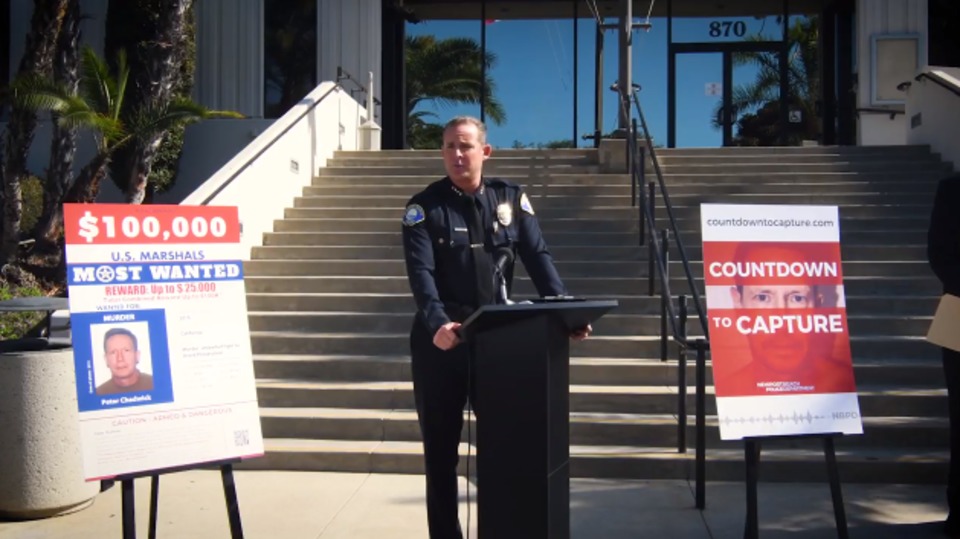 LOS ANGELES — A California police department has written and produced a six-episode “true crime” podcast in hopes of intensifying a potentially global manhunt for a millionaire suspected of killing his wife in 2012 and later vanishing while free on bail.

Told Authorities His Wife Was Killed by a Handyman

Chadwick called 911 from a San Diego gas station the next day and told authorities his wife was killed by a handyman who kidnapped him and brought along the body.