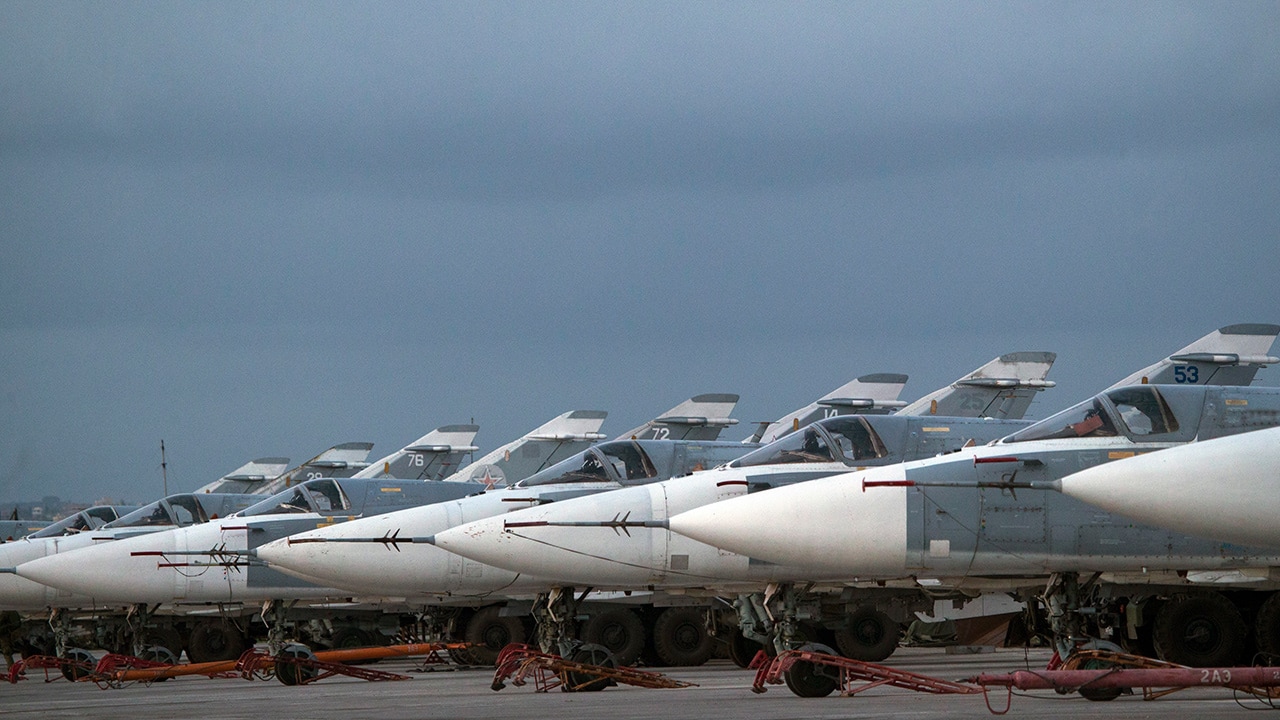 MOSCOW — A Russian reconnaissance aircraft was shot down by a Syrian missile over the Mediterranean Sea, killing all 15 people on board, the Russian Defense Ministry said Tuesday. It blamed Israel for the crash, saying the plane was caught in the crossfire as four Israeli fighters attacked targets in northwestern Syria.

Focus on Boosting Security for Its Troops in Syria

Asked about the Defense Ministry’s threat to respond to Israel’s actions, Putin said the Russian response will focus on boosting security for its troops in Syria. He did not elaborate but said “these will be the steps that everyone will notice.”


“These will be the steps that everyone will notice.” — Vladimir Putin in response to Israel’s actions
The Israeli military said in a statement Tuesday that its jets were already within Israeli airspace when the downing occurred. Israel offered condolences for the deaths of the Russian troops but said it holds the Syrian government “fully responsible.” It also blamed Iran and Hezbollah for what it described as an “unfortunate incident.”
The Russian Defense Ministry said a recovery operation located the plane’s wreckage at sea and has retrieved some bodies and some fragments from the plane. A specialized ship carrying submersibles was heading to the area to join the operation.
For several years, Israel and Russia have maintained a special hotline to prevent their air forces from clashing in the skies over Syria. Israeli military officials have previously praised its effectiveness.
Russia, a key backer of Syrian President Bashar Assad, has an air base at Hemeimeem and a naval facility in Tartus. The plane was downed as it was heading to land at Hemeimeem.
Russia has previously lost at least seven warplanes and seven combat helicopters in Syria and also seen dozens of troops killed in ground combat. 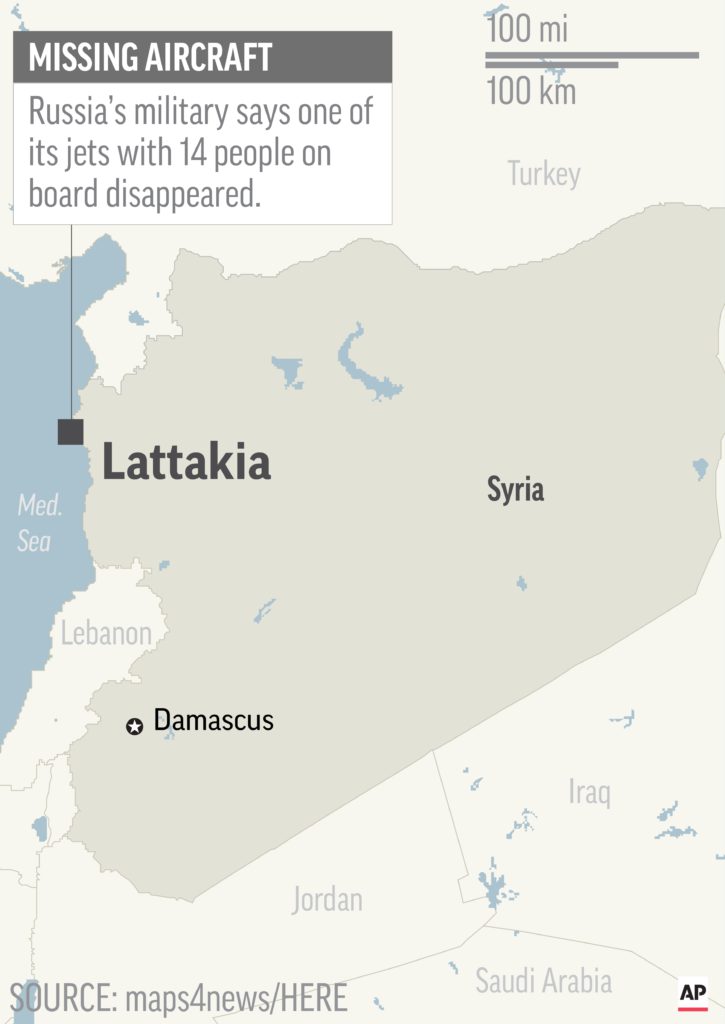 Map locates Lattakia, Syria, where Russian military says one of its jets disappeared.

Another Crash Killed All 92 People Aboard

In another crash, a passenger airliner carrying members of the Red Army Choir to a New Year’s concert at a Russian military base in Syria crashed into the Black Sea minutes after takeoff from Sochi in southern Russia, killing all 92 people aboard.
The investigation into that 2016 crash is still ongoing, but officials have indicated it a pilot error was the likely cause.
Russia’s dramatic entry into the Syrian civil war in September 2015 in support of the Syrian government, after a year of airstrikes by the U.S. and its coalition partners against the Islamic State group, increased the possibility of dangerous confrontations in the skies over Syria.
The downing of a Russian warplane by a Turkish jet in November 2015 heightened tensions between Moscow and Ankara, but they later managed to mend the rift and negotiated a series of de-escalation agreements for Syria together with Iran.
Turkish troops are now on the ground in northern Syria and are patrolling the skies over the region as Ankara seeks to ramp up its influence there and curb the expansion of Syrian Kurdish-controlled territory.
Israel has refrained from taking sides in the Syrian civil war. But it has acknowledged carrying out scores of airstrikes against archenemy Iran and its Shiite proxy Hezbollah.
Israel has acknowledged attacking Iranian targets some 200 times. Israel has warned that it will not allow Iran to establish a permanent military presence in postwar Syria.
Throughout the fighting, Israeli Prime Minister Benjamin Netanyahu has maintained continuous contact with Russia. Netanyahu frequently travels to Russia for talks with Putin to discuss the war in Syria.

The Israeli military said the Russian plane fell victim to the “extensive and inaccurate” firing of Syrian surface-to-air missile systems and that the Israeli jets — which were carrying out a raid against a Syrian government facility in another place — had already left Syrian airspace by that point.

US Slashes Number of Refugees to 30,000 Next Year