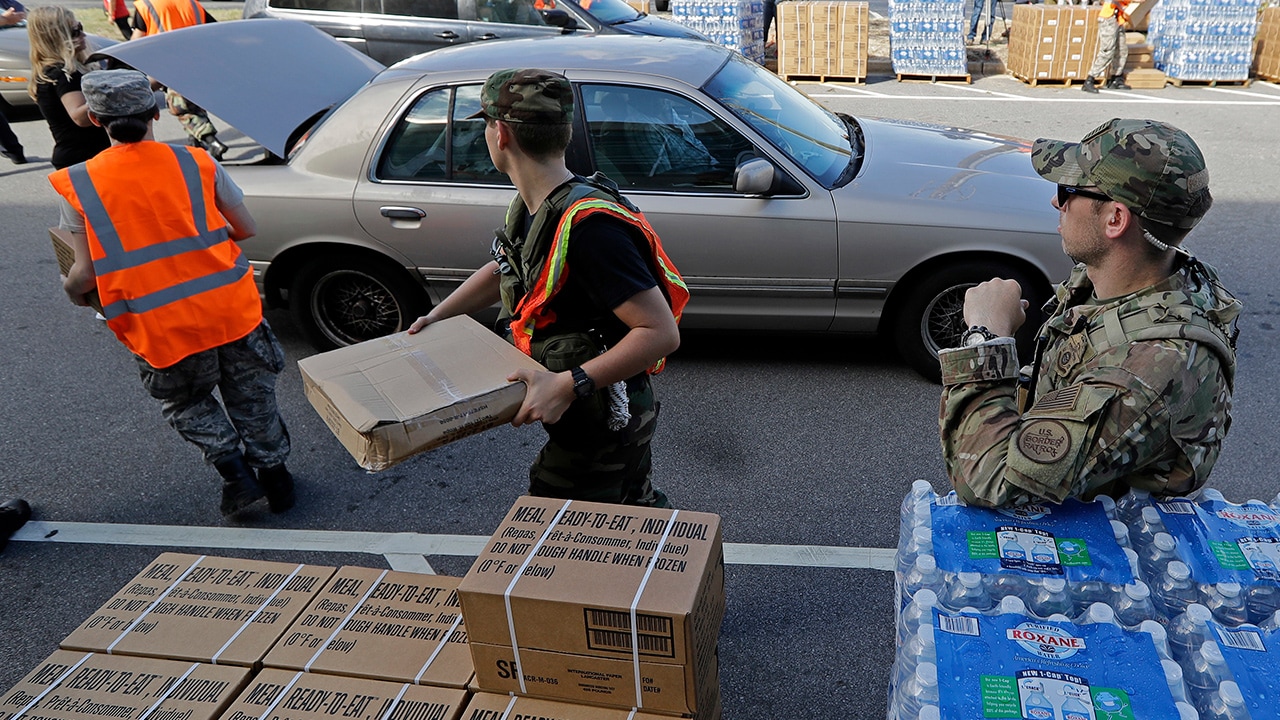 WILMINGTON, N.C. — Stranded by Florence’s epic floods days after the hurricane hit North Carolina, Wilmington residents lined up by the hundreds Tuesday for free food, water and tarps, while officials managed to open a second route into the surrounded city.

Items Brought Into City by Military Trucks and Helicopters

Todd Tremain needed tarps to cover up spots where Florence’s winds ripped shingles off his roof. “The roof is leaking, messing up the inside of the house,” he said.

Right now, everybody is saying what a great job we are doing with Hurricane Florence – and they are 100% correct. But don’t be fooled, at some point in the near future the Democrats will start ranting…

The dead include a 1-year-old boy who was swept away after his mother drove into floodwaters and lost her grip on him. Authorities in Virginia said one person was dead after an apparent tornado.

Drifter Charged in Stabbing Death of Champ Golfer in Iowa