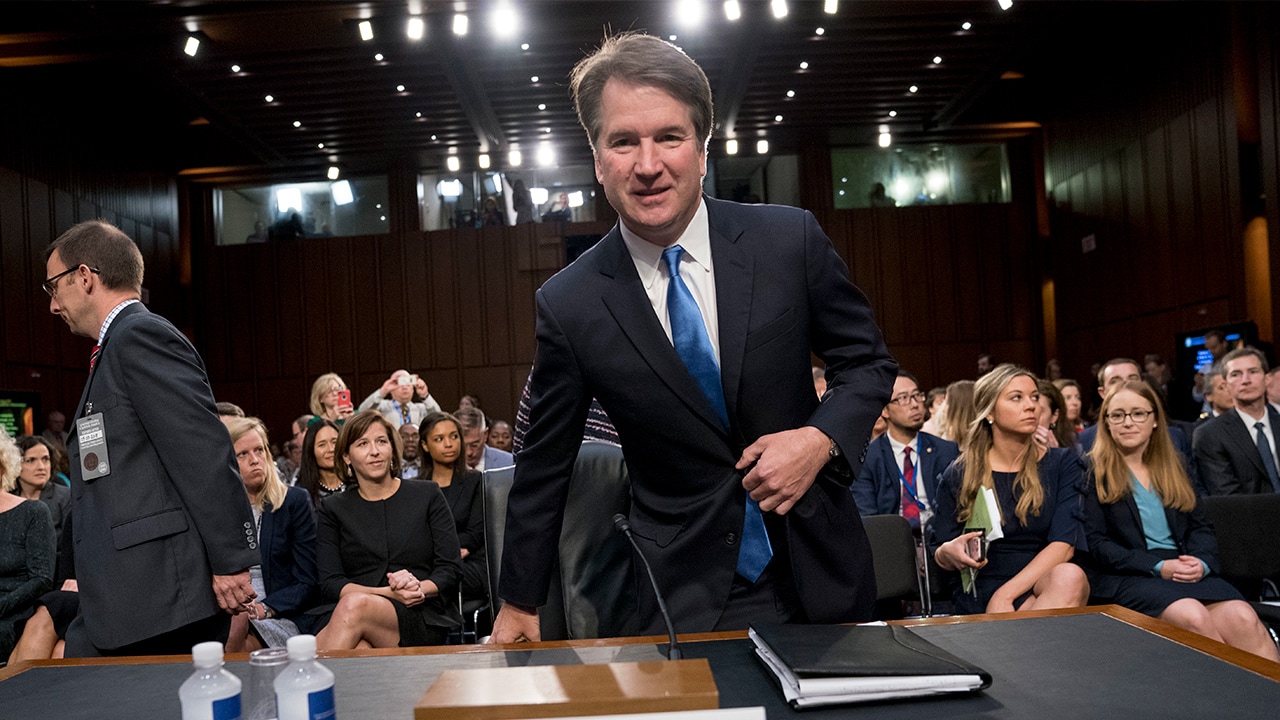 WASHINGTON — Republicans abruptly laid plans Monday for a Senate committee hearing at which Brett Kavanaugh and the woman alleging he sexually assaulted her decades ago will testify publicly, as GOP leaders grudgingly opted for a dramatic showdown they hoped would prevent the accusation from sinking his Supreme Court nomination.
Just hours after GOP leaders signaled their preference for private, staff telephone interviews of Kavanaugh and Christine Blasey Ford, Senate Judiciary Committee Chairman Chuck Grassley said his panel would hold a hearing next Monday with both of them.
Republican aides spoke by phone Monday with Kavanaugh and tried reaching Ford, Grassley said, but Democrats refused to participate in that process.
“To provide ample transparency, we will hold a public hearing Monday to give these recent allegations a full airing,” Grassley, R-Iowa, said in a written statement.
Earlier, GOP leaders had shown no interest in a theatrical spectacle that would thrust Kavanaugh and Ford before television cameras with each offering public — and no doubt conflicting — versions of what they say did or didn’t happen at a party in the early 1980s.
With the #MeToo movement galvanizing liberal and female voters and already costing prominent men their jobs in government, journalism, and entertainment, a hearing would be a politically jarring prelude to the November elections for control of Congress.

President Donald Trump telegraphed earlier Monday that that schedule might slip. He told reporters at the White House: “If it takes a little delay, it will take a little delay.”
If the Judiciary committee’s timetable slips, it would become increasingly difficult for Republicans to schedule a vote before the Nov. 6 elections.
With fragile GOP majorities of just 12-11 on the Judiciary committee and 51-49 in the full Senate, Republican leaders had little room for defectors without risking a humiliating defeat of Trump’s nominee to replace retired Justice Anthony Kennedy.

Among the potential GOP defectors from affirming Kavanaugh is Sen. Jeff Flake of Arizona, a Judiciary Committee member who has clashed bitterly with Trump and is retiring from the Senate. Flake said he told No. 2 Senate Republican leader John Cornyn of Texas on Sunday that “if we didn’t give her a chance to be heard, then I would vote no.”
There was enormous pressure on GOP Sens. Susan Collins of Maine and Lisa Murkowski of Alaska, two moderates who have yet to announce their positions on Kavanaugh and aren’t on the Judiciary Committee.
Collins said both Kavanaugh and Ford should testify under oath to the committee. Neither she nor Murkowski faces reelection this fall.

Sen. Bob Corker, R-Tenn., another retiring Trump critic who is not on the committee, also said he favored delaying Thursday’s panel meeting.
With the #MeToo movement galvanizing liberal and female voters and already costing prominent men their jobs in government, journalism and entertainment, a hearing would offer a fuller vetting of Ford’s charges but also present a politically jarring prelude to November elections for control of Congress.
Some Democrats raised questions about whether Grassley’s plan was sufficient.
Sen. Dianne Feinstein of California, the top Democrat on the Judiciary panel, told reporters that “there needs to be some investigation first, and I’m not that sure this allows for that.” Another Democrat on the panel, Sen. Richard Blumenthal of Connecticut, said staging the hearing without the FBI investigation would make it a “sham.”
Underscoring the raw political divisions prompted by the Kavanaugh fight, Feinstein said she’d only learned of the hearing on Twitter.

Ford, now a psychology professor at California’s Palo Alto University, told The Washington Post that an intoxicated Kavanaugh corralled her into a bedroom at a Maryland party when she was around 15 and Kavanaugh was about 17, held her down on a bed, tried to undress her and held his hand over her mouth when she tried to scream. She said she got away when a companion of Kavanaugh’s jumped on him.
Kavanaugh said in a statement distributed by the White House on Monday that he wanted to “refute this false allegation, from 36 years ago, and defend my integrity.”
Kavanaugh is currently a judge on the U.S. Court of Appeals for the District of Columbia, widely viewed as the nation’s second-most-powerful court.

Sidewalk Vendors Get a Boost From Bill Signed by Brown