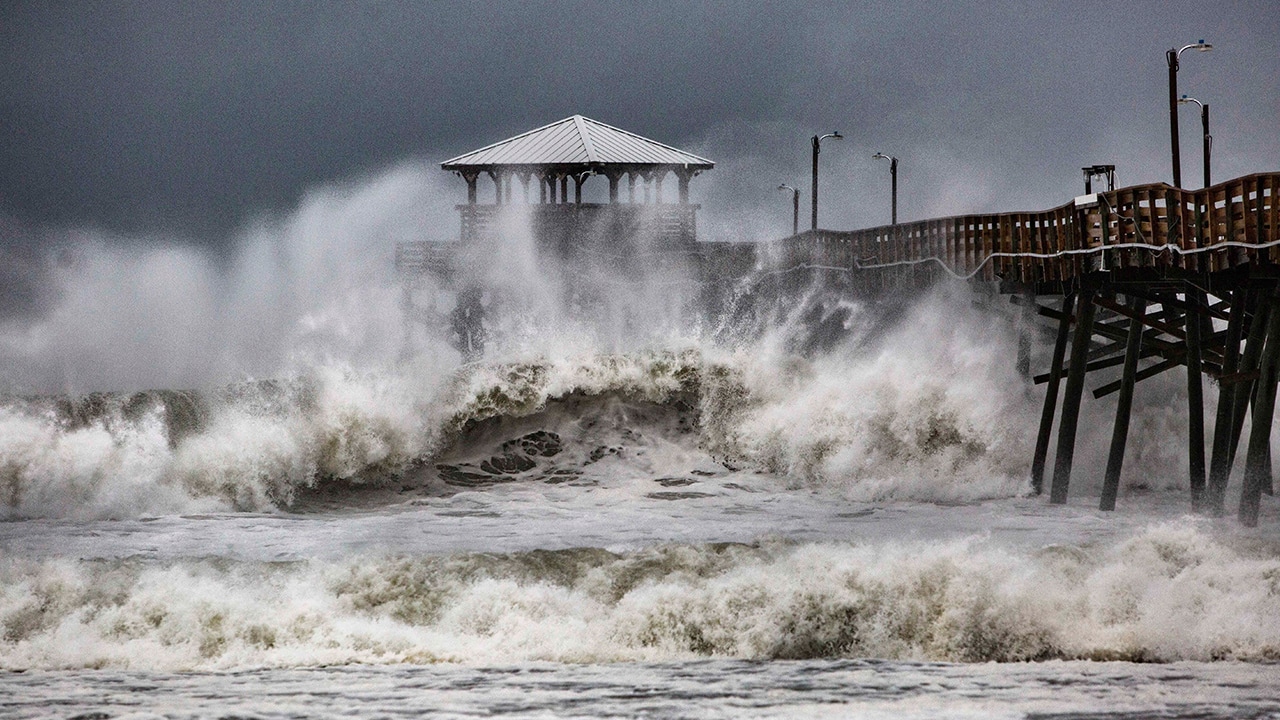 WASHINGTON — Behold the awesome power of water. Already the ocean is swallowing beaches, roads and anything else in the way of Hurricane Florence’s monstrous storm surge. Storm surges aren’t walls of water, like a tsunami, as commonly thought. Caused by a hurricane’s winds pushing relentlessly on the shore, they are more like domes of high water that form as the ocean spreads inland. The high water has destructive waves on top, and it comes in addition to normal tides.

A Particular Worry With Florence

It’s not just beach areas that are at risk. Storm surge invades rivers and estuaries, too. And National Hurricane Center Director Ken Graham said that’s a particular worry with Florence.

No One in the US Died of Storm Surge

But last year, even with hurricanes Harvey, Irma and Maria, no one in the United States died of storm surge, the National Oceanic and Atmospheric Administration announced . It was the first year that the hurricane center had started new storm surge warnings. Mostly people are getting better at evacuating, with three-quarters of the Florida Keys fleeing before Irma, Masters said.

Higher in the Right-Front Quadrant of a Storm

Storm surge is higher in the right-front quadrant of a storm because the system’s counterclockwise motion pushes more water inland, Masters said. Sometimes in the opposite quadrant there’s a reverse storm surge that makes the ocean retreat. That’s particularly dangerous because the ocean comes back quickly with 6 feet or more of water.
Storm surge is higher when the water just off the beach is shallower, Needham said. Think of it like a giant aquarium filled to the brim. If a large rock in thrown in, it spills over. But if the aquarium is not full, it’s only a ripple.
Tides are another factor. The surge is highest when the tides are high. The coast of the Carolinas is about middle of the road with about 4 to 5 feet of difference between high and low tides.
The shape of the coastline is another factor. If it is bowl-shaped, like in Georgia and South Carolina, the surge is deeper, but when it is the opposite shape, like the Outer Banks, it’s less so, Needham said.
Seas have risen from global warming, making all of this even worse. In Wilmington, North Carolina, the sea level is close to 8 inches higher than in 1935, according to NOAA. Those few inches can mean the difference between staying dry and enduring costly damage.

Here's What the 2018 Primaries Have Taught Us