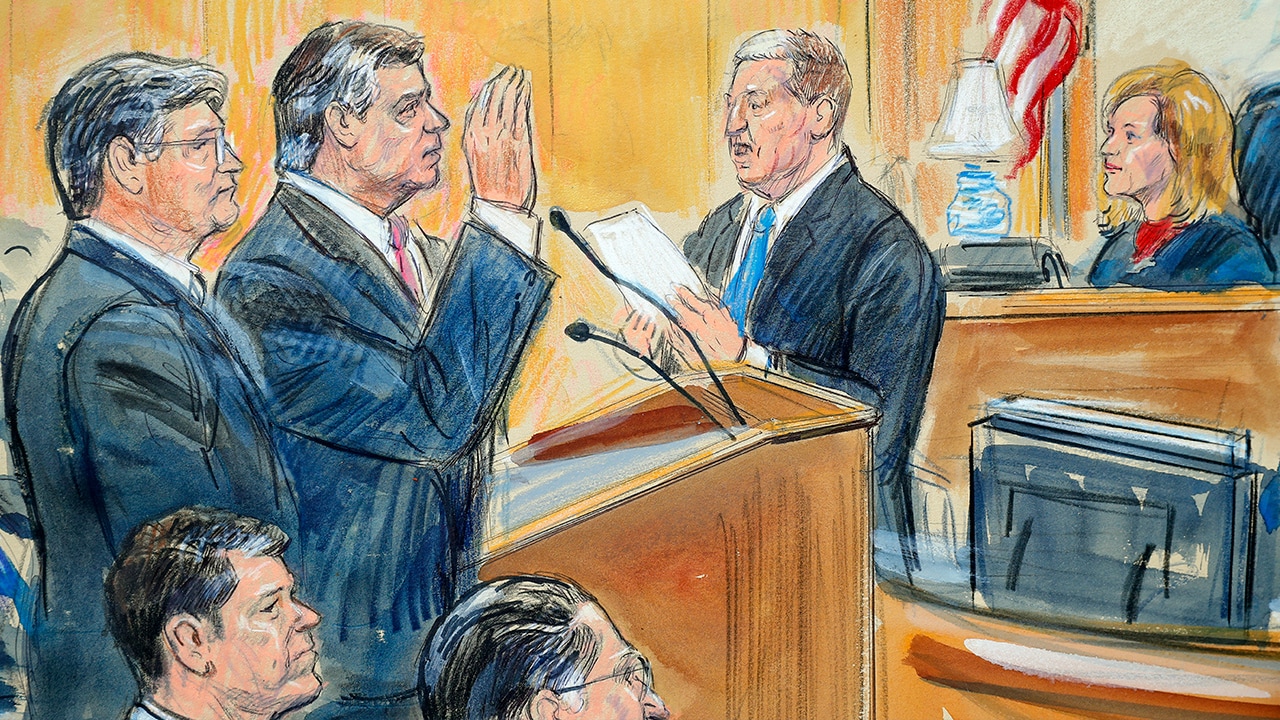 WASHINGTON — Former Trump campaign chairman Paul Manafort agreed Friday to cooperate with the special counsel’s Russia investigation as he pleaded guilty to federal charges and avoided a second trial that could have exposed him to even greater punishment.
The deal gives special counsel Robert Mueller a key cooperator who led the Trump election effort for a crucial stretch during the 2016 presidential campaign. The result also ensures the investigation will extend far beyond the November congressional elections despite entreaties from the president’s lawyers that Mueller bring his probe to a close.


“This had absolutely nothing to do with the president or his victorious 2016 presidential campaign. It is totally unrelated.” — White House press secretary Sarah Sanders
It is unclear what information Manafort is prepared to provide to investigators about President Donald Trump or that could aid Mueller’s investigation into Russian interference in the 2016 presidential election.

But the plea nonetheless makes Manafort the latest associate of Trump, a president known to place a premium on loyalty among subordinates, to admit guilt and cooperate with investigators in hopes of leniency.
In the past year, Mueller has secured pleas from a former national security adviser who lied to the FBI about discussing sanctions with a Russian ambassador, a campaign aide who broached the idea of a meeting with Russian President Vladimir Putin; and another aide who was indicted alongside Manafort but ultimately turned on him. The president’s former personal lawyer has separately pleaded guilty in New York.
Friday’s deal, to charges tied to Ukrainian political consulting work but unrelated to the campaign, was struck just days before Manafort was to have stood trial a second time.
He was convicted last month of eight financial crimes in a separate trial in Virginia and faces seven to 10 years in prison in that case.

The cooperation deal requires Manafort to provide whatever information the government asks of him, though it does not specify what if anything prosecutors hope to receive about Trump.
Given his direct involvement in the Trump campaign, including episodes being scrutinized by Mueller, Manafort could be positioned to provide key insight for investigators working to establish whether the campaign coordinated with Russia.
Manafort was among the participants, for instance, in a June 2016 Trump Tower meeting with Russians and the president’s oldest son and son-in-law that was arranged so the campaign could receive derogatory information about Democrat Hillary Clinton. A grand jury used by Mueller has heard testimony about the meeting.
He was also a close business associate of a man who U.S. intelligence believes has ties to Russian intelligence. And while he was working on the Trump campaign, emails show Manafort discussed providing private briefings for a wealthy Russian businessman close to Vladimir Putin.

Case Has No Connection to Trump, Says White House

White House press secretary Sarah Sanders insisted that the Manafort case was unrelated to Trump.
“This had absolutely nothing to do with the president or his victorious 2016 presidential campaign. It is totally unrelated.”
Added Trump lawyer Rudy Giuliani: “Once again an investigation has concluded with a plea having nothing to do with President Trump or the Trump campaign.”
Under the terms of the deal, Manafort was allowed to plead guilty to just two conspiracy counts, though the crimes he admitted cover the same conduct alleged in an indictment last year.
Manafort’s homes in New York City, in the Hamptons and in Virginia, as well as money from his bank accounts and life insurance policies may be seized by the government as part of the deal.
It’s unclear how the deal might affect any Manafort pursuit of a pardon from Trump. The president has signaled that he’s sympathetic to Manafort’s cause. In comments to Politico before the plea deal, Giuliani said a plea without a cooperation agreement wouldn’t foreclose the possibility of a pardon.
Online: Read the charges against Manafort at this link.