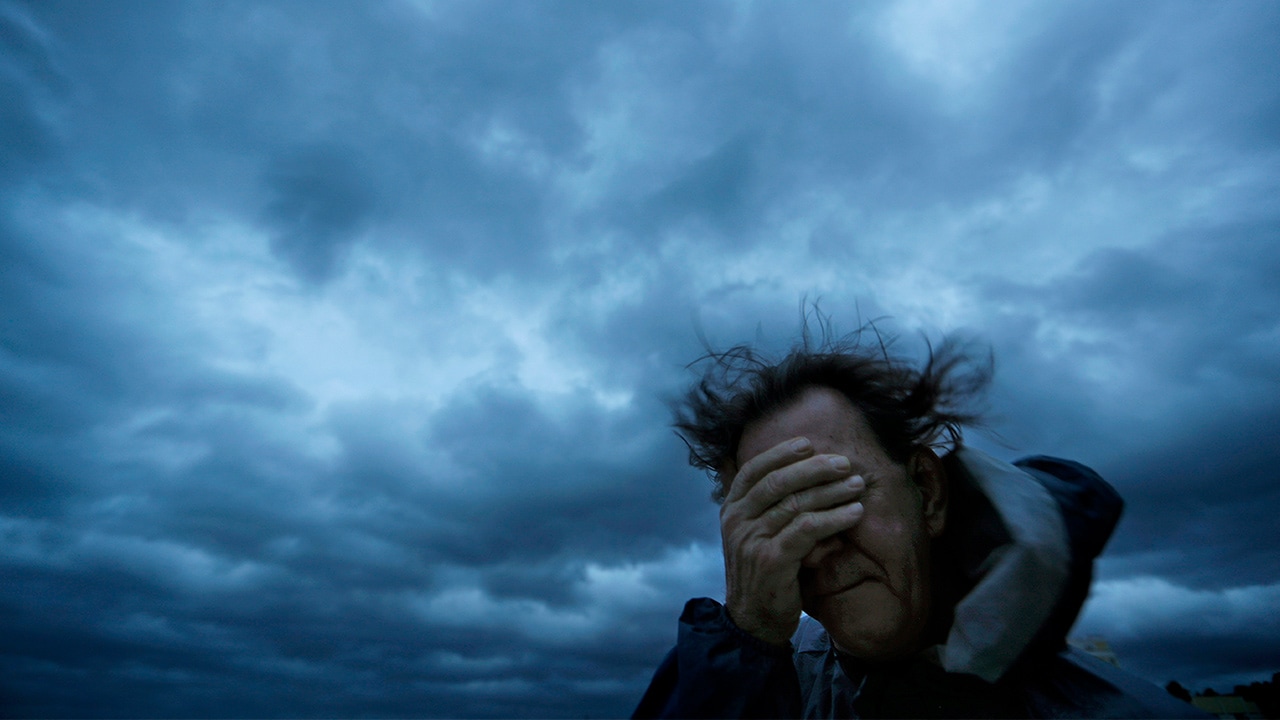 WILMINGTON, N.C. — Hurricane Florence lumbered ashore in North Carolina with howling 90 mph winds and terrifying storm surge early Friday, ripping apart buildings and knocking out power to a half-million homes and businesses as it settled in for what could be a long and extraordinarily destructive drenching.

Rain Considered a Bigger Threat Than Its Winds

Its storm surge and the prospect of 1 to 3½ feet of rain were considered a bigger threat than its winds, which dropped off from an alarming 140 mph — Category 4 — earlier in the week. Forecasters said catastrophic freshwater flooding is expected well inland over the next few days as Florence crawls westward across the Carolinas all weekend.
The area is expected to get about as much rain in three days as Hurricanes Dennis and Floyd dropped in two weeks in 1999.
Preparing for the worst, about 9,700 National Guard troops and civilians were deployed with high-water vehicles, helicopters and boats that could be used to pluck people from the floodwaters.
Florence was seen as a major test for the Federal Emergency Management Agency, which was heavily criticized as slow and unprepared last year for Hurricane Maria in Puerto Rico, where the storm was blamed for nearly 3,000 deaths in the desperate aftermath.
The National Hurricane Center said Florence will eventually make a right hook to the northeast over the southern Appalachians, moving into the mid-Atlantic states and New England as a tropical depression by the middle of next week.

For people living inland in the Carolinas, the moment of maximum peril from flash flooding could arrive days later, because it takes time for rainwater to drain into rivers and for those streams to crest. Authorities warned, too, of the threat of mudslides and the risk of environmental havoc from floodwaters washing over industrial waste sites and hog farms.
On Friday, coastal streets in the Carolinas flowed with frothy ocean water, pieces of torn-apart buildings flew through the air, and at least 525,000 homes and businesses were without power, nearly all of them in North Carolina.
The few cars out on a main street in Wilmington had to swerve to avoid fallen trees, metal debris and power lines. Traffic lights out of order because of power failures swayed in the gusty wind. Roof shingles were peeled off a hotel.
At 11 a.m., the center of Florence was about 20 miles southwest of Wilmington, its winds down to 80 mph, according to the hurricane center. Hurricane-force winds extended 80 miles from its center, and tropical-storm-force winds reached out 195 miles. 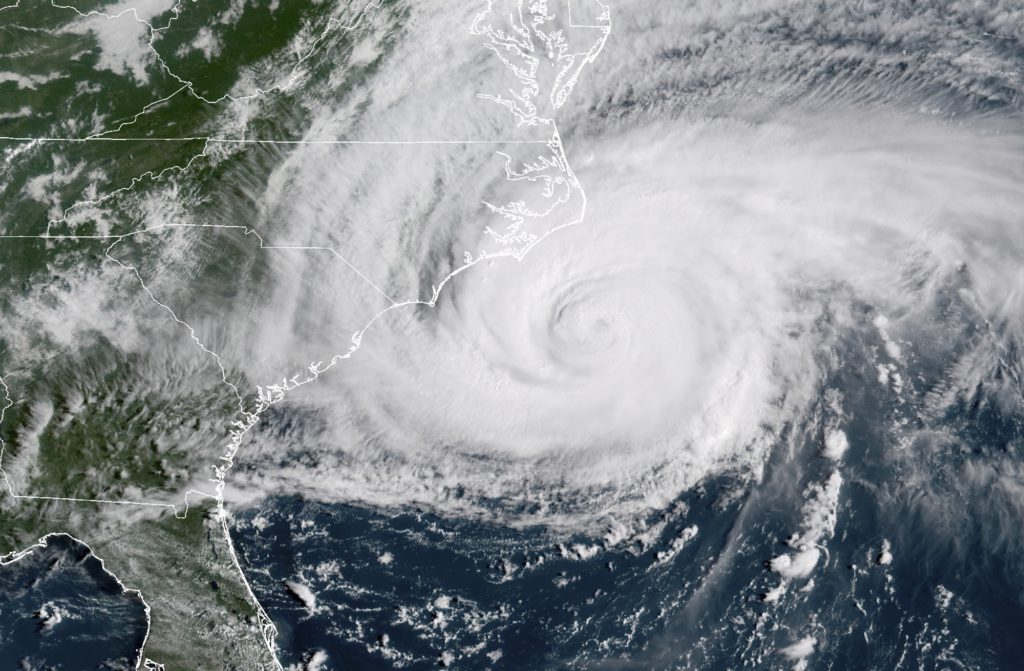 A Wind Gust Clocked at 105 Mph

The Wilmington airport had a wind gust clocked at 105 mph, the highest since Hurricane Helene in 1958, the weather service said.


“Very eerie, the wind howling, the rain blowing sideways, debris flying.” — Sandie Orsa of Wilmington
Sheets of rain splattered against windows of a hotel before daybreak in Wilmington, where Sandie Orsa of Wilmington sat in a lobby lit by emergency lights after the electricity went out.
“Very eerie, the wind howling, the rain blowing sideways, debris flying,” said Orsa, who lives nearby and feared splintering trees would pummel her house.
Forecasters said Florence’s surge could cover all but a sliver of the Carolina coast under as much as 11 feet of sea water.
The rising sea crept toward the two-story home of Tom Copeland, who lives on a spit of land surrounded by water in Swansboro.
The water “is as high as it’s ever been, and waves are breaking on my point, which is normally grass,” said Copeland, a freelance photographer for The Associated Press. “Trees are blowing down in the wind. Nothing’s hit the house yet, but it’s still blowing.”

In Jacksonville, next to Camp Lejeune, firefighters and police fought wind and rain as they went door-to-door to pull people out of the Triangle Motor Inn after the cinderblock structure began to crumble and the roof started to collapse.

Is This Hockney Painting or Any Painting Worth $80 Million?