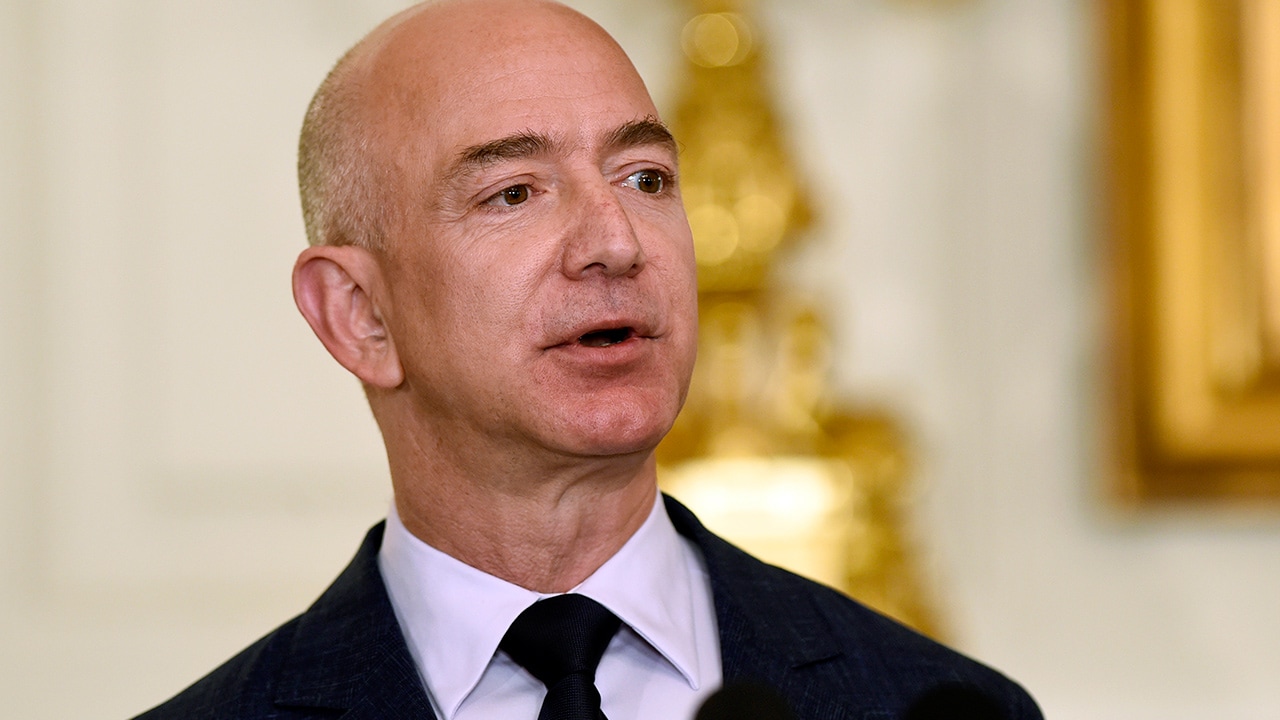 SEATTLE — Amazon founder and CEO Jeff Bezos said Thursday that he is giving $2 billion to start a fund that will open preschools in low-income neighborhoods and give money to nonprofits that helps homeless families.
Bezos, whose stake in Amazon is worth about $160 billion, says that he’ll call it the Bezos Day One Fund. An Amazon.com Inc. spokeswoman confirmed that the money will all come from Bezos, though there are few details about how the fund will operate.
In a post to his Twitter account, Bezos said one part of the fund will give money to organizations and groups that provide shelter and food to young homeless families. The other part will launch and operate free preschools in low-income communities, where “the child will be the customer.”
It’s not yet known what his preschools will look like except that they will be based on the teaching philosophy of Maria Montessori, which focuses on individual learning and social-emotional development.
Bezos, who founded Amazon as an online book store more than two decades ago, has seen his wealth surge along with Amazon’s stock. Forbes magazine placed him at the top of its list of billionaires for the first time this year, surpassing Microsoft co-founder Bill Gates and investor Warren Buffett.

Focusing His Philanthropy on Homelessness and Early Education

Bezos’ wealth has allowed him to pay for side ventures, including starting space exploration company Blue Origin and buying The Washington Post newspaper.
By choosing to focus his philanthropy on homelessness and early education, Bezos is likely influenced both by his parents’ Bezos Family Foundation and by his adopted hometown of Seattle, however mixed some natives may feel about the city’s growing affordability crisis that’s been largely attributed to the success of Amazon.


“He’s a pretty amazing neighbor, him and MacKenzie. Although he has a global vision, they really have a local heart.” — Marty Hartman, Mary’s Place director
Bezos, and Amazon, have been criticized in Seattle for not doing more to help the needy and have become focal points in the booming region’s angry debate about traffic, housing prices and homelessness. When Seattle passed a tax in May on large companies to fight the city’s growing homelessness crisis, Amazon balked and even temporarily halted construction planning on a new high-rise building near its headquarters. City leaders quickly rescinded the levy.
The fight soured many more locals on Amazon and Bezos, and also overshadowed the growing portfolio of philanthropy they had done in the city. The most notable involving more than $40 million to the local nonprofits FareStart — a hospitality training program and restaurant business that aims to combat homelessness and poverty — and Mary’s Place, whose mission is to find and provide shelter for every child.
In addition to millions in cash, both nonprofits have been granted prime real estate in Amazon building spaces to do their work.
“He’s a pretty amazing neighbor, him and MacKenzie,” said Mary’s Place director Marty Hartman. “Although he has a global vision, they really have a local heart.”
In the education realm, Bezos is tipping his hat to the intensely private and media-shy Bezos Family Foundation that is run by his parents. The Amazon boss and his wife, who have four children, both serve as the foundation’s board directors.

Giving Away $30 Million in Grants

The private nonprofit foundation in its 2016 tax filing reported nearly $46 million in assets, and giving away $30 million in grants support its missions in early education, K-12 schools reform and youth leadership development and scholarships.