Gunman Kills His Wife, 4 Others and Himself in California 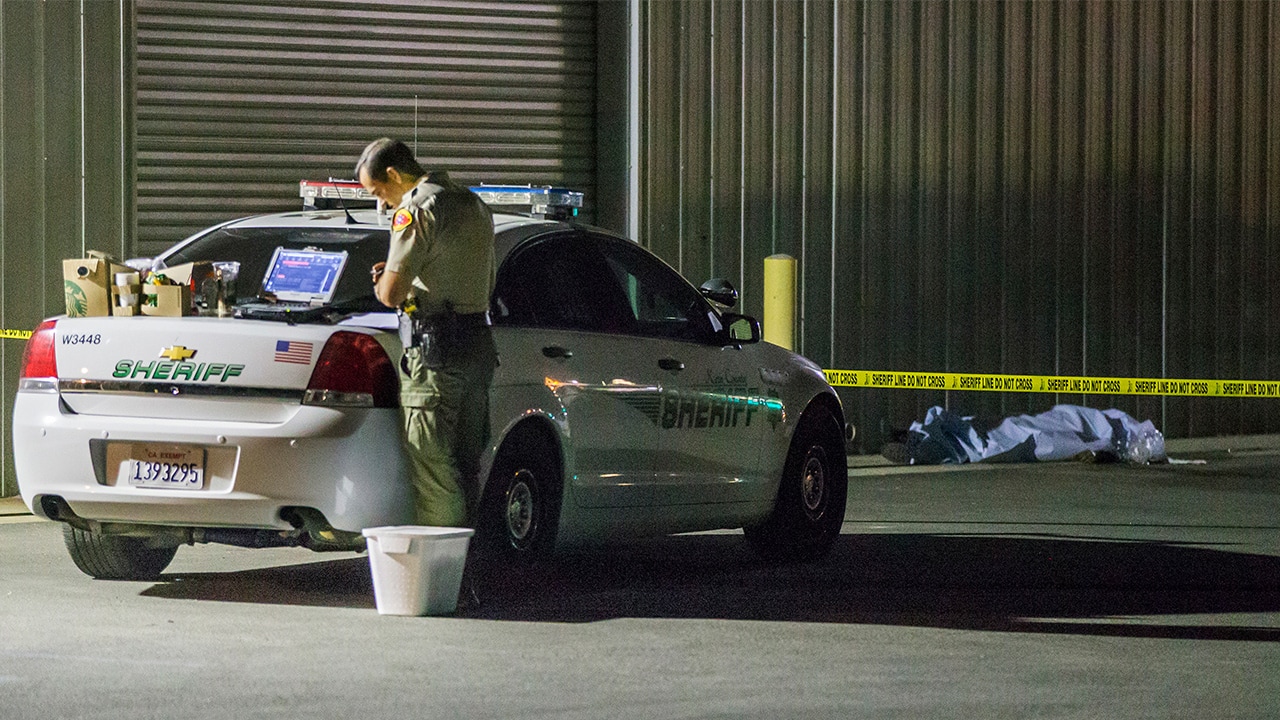 BAKERSFIELD — A gunman went on a rampage in Kern County, California, killing his wife and four other people before shooting himself to death, authorities said. 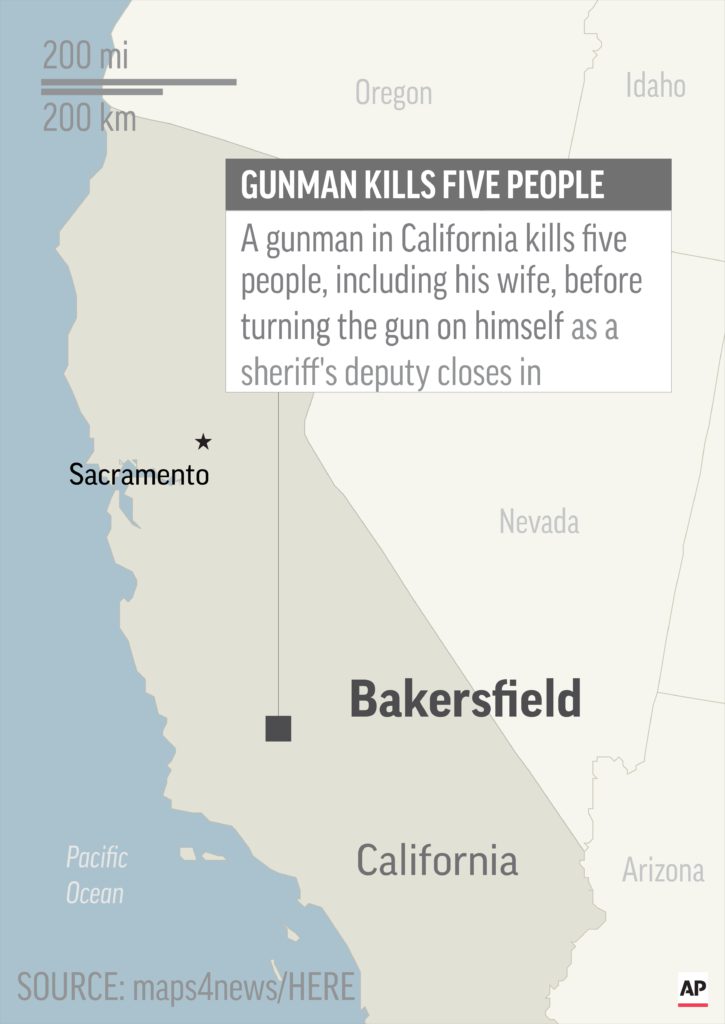 Gunman Turned and Shot His Wife

“The suspect, the husband, shot the person at the trucking company and then turned and shot his wife” and then chased and shot another man who showed up, Youngblood said.
The gunman then went to a home where he shot and killed a man and a woman, the sheriff said.
He then carjacked a woman who was driving her child. The woman and child escaped and the man drove to a highway where a sheriff’s deputy saw him, Youngblood said.
The gunman saw the deputy and pulled into a parking lot. When the deputy confronted him at gunpoint, the man shot himself in the chest, the sheriff said.
The man’s identity was not immediately made public.
Except for the gunman’s wife, officials provided no details on how the victims might have been related.
About 30 people saw the shootings and were being interviewed by deputies, Youngblood said.