Interview & Job? This Is What Students Do at Malloch Elementary. 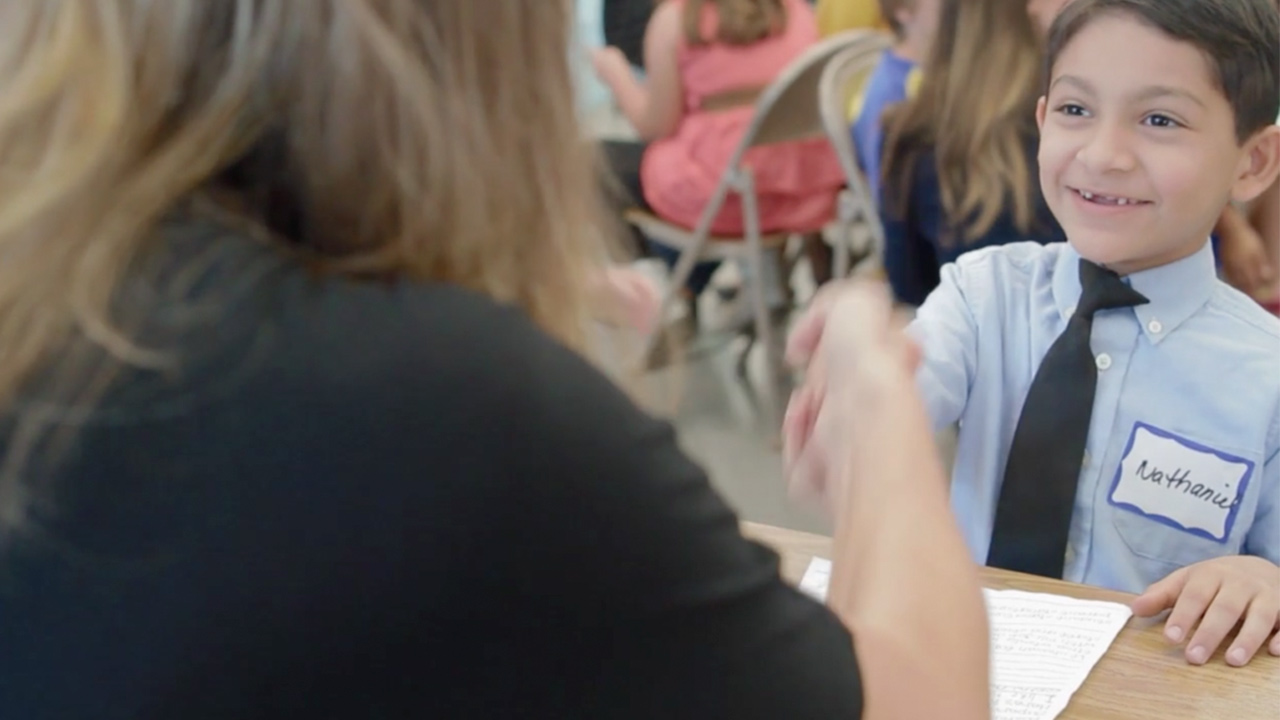 Isaiah Cook loves playing with the video cameras his dad bought him to film himself playing with his Hot Wheels collection.
When he found out there was a job at Malloch Elementary School where he could use his cameras to film school activities, the sixth-grader was all in.
“I thought, ‘Oh my gosh, this is a great opportunity to use my skills for school-based activities,’ ” said Cook, who is 11.
Cook is one of many Malloch students getting a head start in accumulating job experience.

It All Starts at the Campus Job Fair

How did Cook land his school job?
For the past seven years, the school has held job fairs for students interested in campus work assignments.


“It provides a sense of ownership for our students at our school, which makes them feel more special.” — Malloch Elementary School Principal Michiko English
Cook said he has had the time of his life shooting video of his fellow classmates participating in school events for the past two years.
“It is really fun. I enjoy it a lot,” Cook said.
Cook, who already had five years of experience shooting and editing videos, said the job has taught him a lot more.
“I have learned a couple of new shots and new angles that I never knew that could work in any other film,” Cook said. ” I thought that was really cool.”

At home, 6-year-old Trinity Tomlinson loves watering her garden, which includes zucchini, eggplant, strawberries, peas, potatoes, and tomatoes.
At school, Tomlinson, a second-grader, joined the Green Thumb Club to apply her passion for watering plants to help make her school look “beautiful.”
She is also a part of the school’s delivery crew where she hands out items to her classmates their parents brought for them such as lunches and snacks.

Students at Malloch Elementary had the opportunity to practice real-world job skills as they prepare for success beyond school by applying and working on campus in a variety of jobs like Mail Sorter, Walkie-Talkie Crew, Green Thumb Club, and more.#buildingfutures #skillsforlife pic.twitter.com/qXnv9udBu1

The program helps students obtain real-world job skills so they are well prepared for their future, according to Ramirez,

Instills a sense of Responsibility

The program “provides a sense of ownership for our students at our school, which makes them feel more special,” Malloch Principal Michiko English said.
The reason the program works so well, English explained, is because all of the teachers buy into it.
“They know how important it is to get the kids that sense of belonging and the sense of responsibility.”

Growing the Program Throughout the District

Expanding the program to other schools in the district is the ultimate goal, English said.


“I have learned a couple of new shots and new angles that I never knew that could work in any other film. I thought that was really cool.” — Malloch student Isaiah Cook
“Every time we do our job fair, we get three or four schools that come in to watch because they want to see how we do it,” English said. “I have a couple of principal colleagues who are going to try it next year, which is really cool.”
Cook said he is glad his parents enrolled him in Malloch because “not many schools have this opportunity for children.”
“I just thank them so much for letting me go to this school because this is a great experience to do at such a young age,” Cook said.
Related Topics:Elementary School StudentsFresnojob fairsMalloch Elementary SchoolOwnershipResponsibility
Up Next