Hottest Golfer on the Planet Is 'Mad Scientist' From Clovis 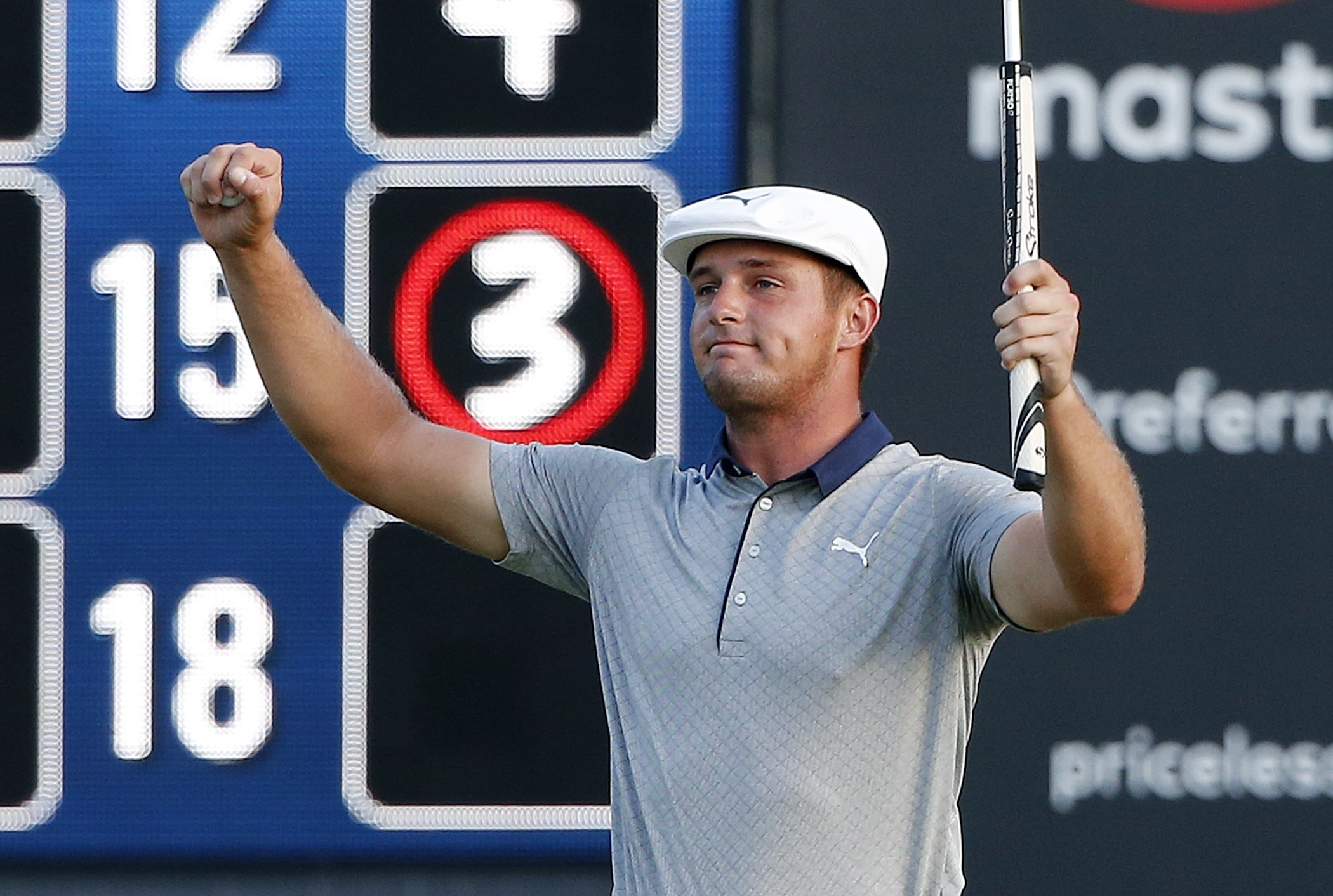 NORTON, Mass. — Golf’s latest search for a breakout star has come to the quirky little laboratory of Bryson DeChambeau.
The 24-year-old physics major known as the “Mad Scientist” won his second straight event in the FedEx Cup playoffs on Monday, shooting a 4-under-par 67 at TPC Boston to win the Dell Technologies Championship by two strokes over Justin Rose.

Furyk had an easy time with his three picks Tuesday. DeChambeau, Woods and Phil Mickelson were the next three in the U.S. standings behind the eight players who earned automatic spots after the PGA Championship.
Woods is returning to the Ryder Cup as a player for the first time in six years. Mickelson will set a Ryder Cup record by playing for the 12th straight time.
Still to come for Furyk is his final captain’s pick, to be announced Monday after the BMW Championship.
The matches are Sept. 28-30 outside Paris.

DeChambeau is the first person to win the first two tournaments in the FedEx Cup since 2008, when a different points system allowed Vijay Singh to effectively wrap up the title before the final playoff event. DeChambeau still has work to do; he leads Johnson by almost 2,400 points, but the new system keeps the $10 million bonus in flux until the finale at East Lake Sept. 20-23.
Still, the back-to-back wins probably eliminate any doubt about the Ryder Cup team.
DeChambeau attended the last Ryder Cup, outside of Minneapolis — as a spectator.
“I wanted to experience it,” he explained. “I wanted to be a part of that atmosphere and get comfortable with that. So hopefully if I do make it this year that all things considered I’d be more comfortable when I got there. That was really the reason why I went there.”

A physics major at Southern Methodist, DeChambeau brings an unconventional but scientific approach to his game, peppering his comments with references to biomechanics and error tolerance and filling his bag with clubs that are all the same length (34 inches, or roughly the length of a 7-iron) so he would only have to master one swing.
The decision had its doubters, from potential college coaches who turned him aside to his father. (Now the elder DeChambeau uses one-length clubs, too.)
“I’ve had quite a bit of resistance,” said DeChambeau, a former Clovis East standout who resides in Clovis. “There’s only been a few people that have really helped keep pushing me in the right direction, saying ‘Hey, Bryson, you’re doing the right thing, Keep doing it. Just keep figuring things out.'”
He seems to have done that.
After starting the year at No. 99 in the world, DeChambeau moved to No. 7 with the win Monday, one spot past Rory McIlroy.

“He’s facing the biggest and best fields,” said Rose, who birdied three of his last four holes for a 68 and second place. “There’s a lot of conjecture about how he goes about it. But when he delivers as he is now, it just proves it.”
Opening the day one stroke behind leader Abraham Ancer, DeChambeau took control with three straight birdies to finish the front nine. Australian Cameron Smith closed the gap with a pair of late birdies, but DeChambeau answered with a birdie on No. 15 to keep his lead at two shots.
Ancer dropped three shots in a four-hole stretch on the back nine, hitting into a hazard and making bogey on the 18th and finishing with a 73. The 27-year-old Mexican did improve from No. 92 to No. 56 and into the top 70 who advance to the BMW Championship at Aronimink next week.
Matt Kuchar failed to advance to the third playoff round for the first time in 10 years, costing him a chance to bolster his Ryder Cup case.

Two golfers with Fresno area ties were eliminated from the FedEx title chase Sunday.
Former Fresno State standout Nick Watney missed the top 70 cutoff by four spots, and Kevin Chappell of Fresno finished at No. 83 despite finishing the tournament at 5-under-par.