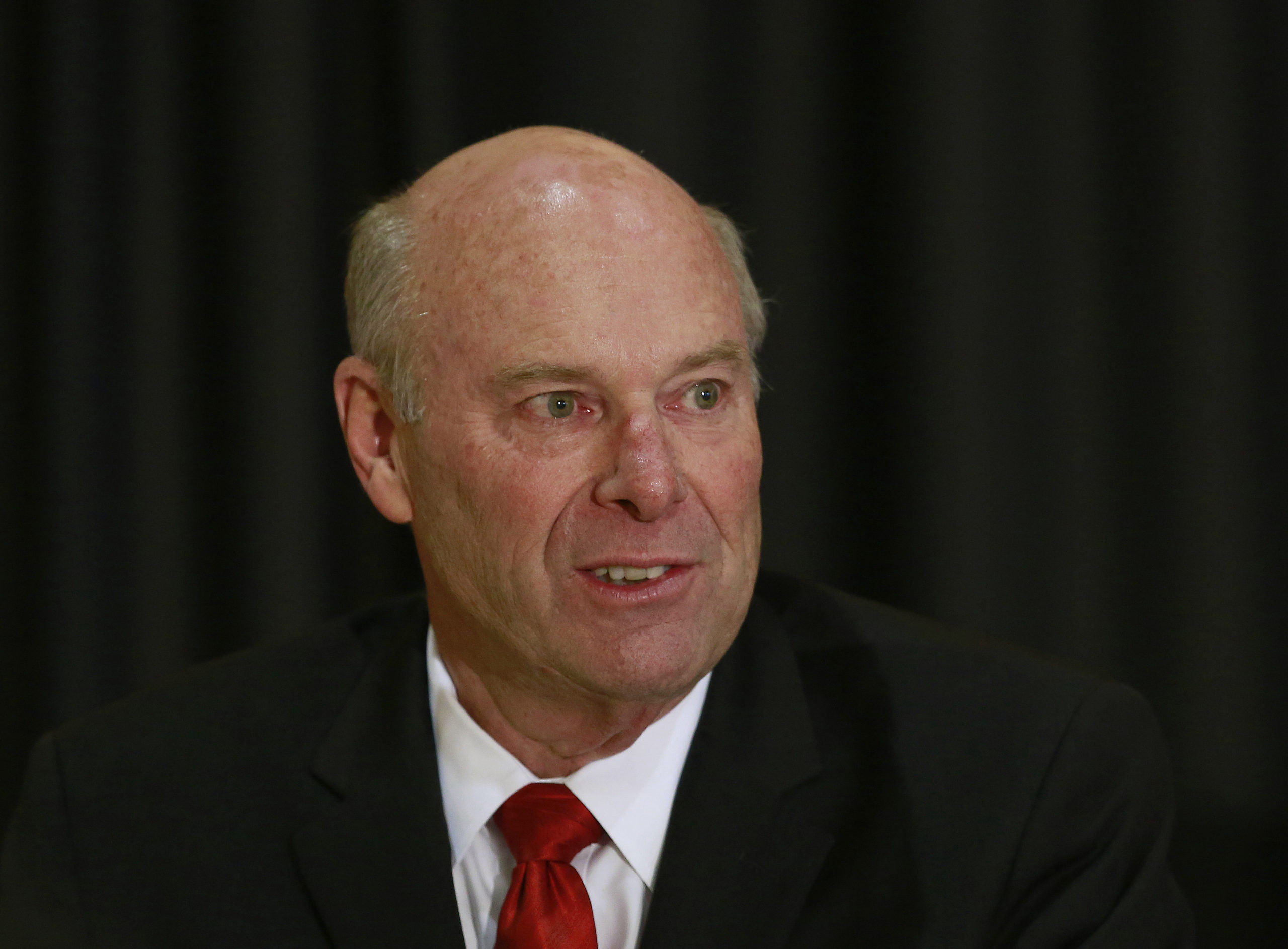 SACRAMENTO — A Republican candidate for California state attorney general is facing an ethics tribunal just two months before the November election.
Former judge Steven Bailey is accused of using his office to further his statewide campaign, improperly accepting gifts and steering business to a firm where his son worked — all in violation of judicial ethics.


Bailey says the allegations “simply lack merit” and blames political gamesmanship.
Bailey served as an El Dorado County judge from 2009 through the end of August 2017.
Bailey says the allegations “simply lack merit” and blames political gamesmanship. Three special masters from the Commission on Judicial Performance will begin considering them today.
The hearing in Sacramento creates another hurdle as Bailey tries to unseat Democratic incumbent Attorney General Xavier Becerra, who was appointed to fill a vacancy last year.
No decision is expected from the commission until well after the Nov. 6 election. Bailey eventually could be publicly admonished even though he is no longer a judge, but not disqualified from the attorney general’s race.
“Judge Bailey initially expressed interest in running for attorney general because of the office’s recent trend toward hyper-partisan politics to the detriment of public safety,” James Murphy, one of Bailey’s attorneys, said in a statement to The Associated Press. “We question if this inquiry is nothing more than a politically motivated and brazen attempt to sabotage his campaign.”
He denied that Bailey’s actions interfered with his judicial impartiality and blamed inadvertent error for several of the allegations, including that Bailey provided a written testimonial for a political survey company.

The commission is deciding whether to discipline Bailey over claims of conduct “that brings the judicial office into disrepute” and of “willful misconduct in office” — the worst possible charge and enough that it could potentially have prompted his removal were he still a judge.
They include allegations that for a year he improperly used his judgeship to raise funds and promote his candidacy for attorney general. Bailey says in his response that he retired months before filing his formal declaration of candidacy in February and that the board is infringing on his constitutional right to free speech and to run for office.
He is also alleged to have repeatedly ordered defendants to use an electronic monitoring service without disclosing that his son worked at the company providing it or that the company’s owner was a friend who worked on his 2008 judicial campaign. The commission also alleges that he ordered a defendant to pay $140 in restitution in 2009 after a letter signed by the judge’s son said the man owed that amount for electronic monitoring.
Bailey says in response that he followed the ethics advice of other judges that he did not have to routinely disclose the relationship with his son, and that the owner was a “professional acquaintance” with no real involvement in his campaign. He says the monitoring company was approved by the county probation department, as required by law, and that he arranged to have a second, competing company also provide monitoring services.

Bailey also is accused of accepting hundreds of dollars in gifts between 2009 and 2012, including nearly $350 from a Placerville attorney. The commission says he appointed the same attorney to oversee a case in 2011 at the unusually high rate of $350 an hour to be paid by the defendant, without disclosing that the attorney was a friend.
He denied failing to report or falsely reporting travel-related payments and reimbursements, saying he believed all the gifts were permitted.
He also denied that he was showing bias by telling another judge in response to a compliment about a shirt that he got it from a “gay guy” and that “gays really know how to dress.”
The hearing is expected to last until Sept. 14 before one appellate judge and two superior court judges appointed by the state Supreme Court. The special masters then have about 60 days to report their findings to the commission. Both sides may respond to that report in writing and in an oral argument before the commission.
The commission must ultimately decide if the allegations are proved by clear and convincing evidence and whether to impose discipline.