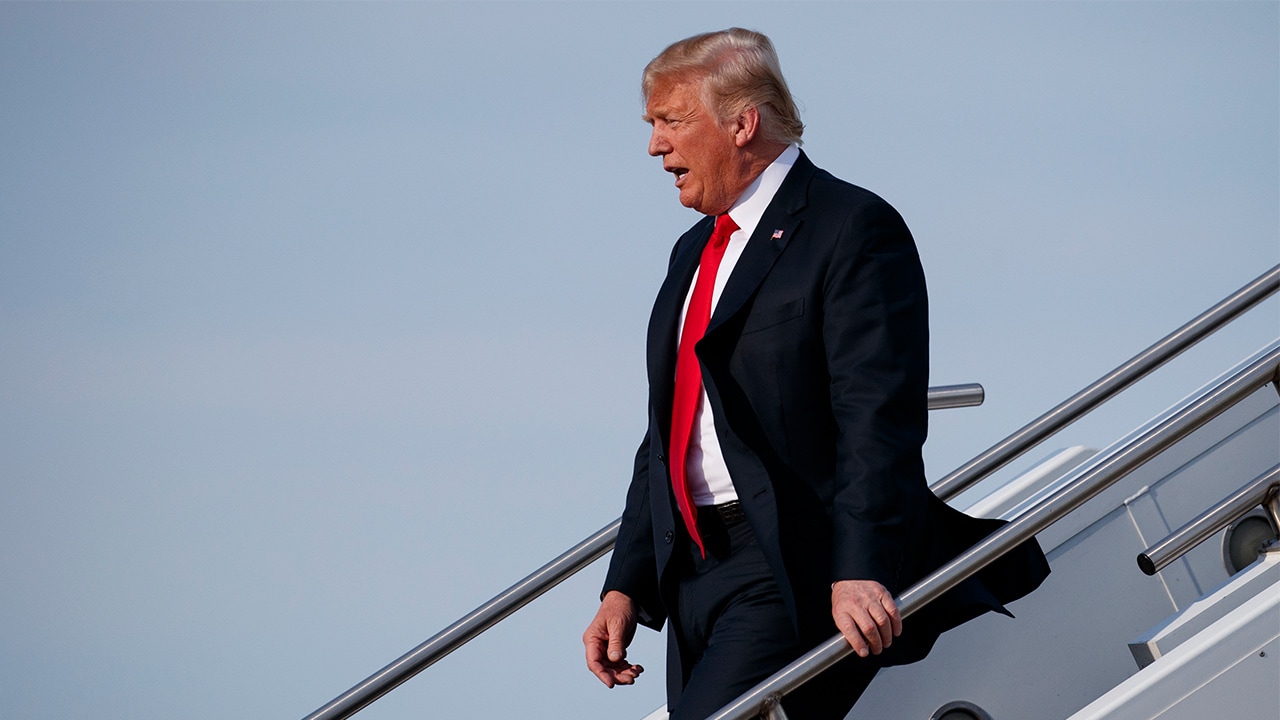 WASHINGTON — Increasingly convinced that the West Wing is wholly unprepared to handle the expected assault from Democrats if they win the House in November, President Donald Trump’s aides and allies are privately raising alarm as his circle of legal and communications advisers continues to shrink.
With vacancies abounding in the White House and more departures on the horizon, there is growing concern among Trump allies that the brain drain at the center of the administration could hardly come at a more perilous time. Special counsel Robert Mueller’s swirling probe of Russian election interference and potential obstruction of justice by Trump has reached ever closer to the Oval Office, and the upcoming midterm elections could grant his political adversaries the power of subpoena or, more worryingly, the votes to attempt impeachment.
Nine current and former White House staffers and administration allies expressed concerns Thursday that the West Wing is simply unprepared for the potential troubles ahead. They spoke on the condition of anonymity over concerns about estranging colleagues.

Firings Taking Their Toll Across the White House

Attrition, job changes and firings have taken their toll across the White House, but their impact has been felt particularly in the communications and legal shops — two departments crucial to Trump staving off the looming threats. The upcoming departure of White House counsel Don McGahn has highlighted the challenges in an office that has shrunk by a third since last year.
McGahn’s former chief of staff, deputy counsel Annie Donaldson, is also expected to leave soon after McGahn departs, two staffers said. Similarly, the White House press office is down to four press secretaries working on day-to-day White House matters, including Sarah Huckabee Sanders, and the regional and Cabinet affairs media teams in the communications office have been hollowed out.
The staffing shortage and struggles to recruit top-flight talent have left the White House ill-prepared to handle the legal onslaught that may come when Mueller issues an expected report summarizing his findings and the flood of congressional investigations that could follow a Democratic takeover of the House.

Former Fox News executive Bill Shine, who joined the White House earlier this summer as communications director and deputy chief of staff, is looking to rebuild a shrunken media affairs team in anticipation of the challenges ahead.

Trump allies have long boasted that he was his own political consultant during the 2016 campaign and serves as his own communications director inside the White House, but they are increasingly cautioning him that he can’t be his own attorney as well.
Indeed, his outside legal team reached out to some of Washington’s most prominent attorneys, including Supreme Court litigator Ted Olson, before former New York Mayor Rudy Giuliani — a longtime friend of the president whose erratic television interviews have defined his tenure — joined the team in April. Since then, Giuliani has been the primary public face of the defense team, along with Jay Sekulow, a lawyer specializing in constitutional law and religious liberties. A husband-wife duo, Martin and Jane Raskin, was also added to work behind the scenes.
At the same time, the president is more volatile than ever, creating new challenges for both his communication and legal teams.
Trump built his professional empire on a foundation of secrecy, enforced by fixers, lawyers, hush payments and non-disclosure agreements. Seeing that world collapse around him in recent weeks has yielded intense frustration in the president, who has angrily told confidants that he feels betrayed by a number of former allies, including attorney Michael Cohen and National Enquirer head David Pecker.

Trump has denounced the “sweetheart deal” received by Cohen, fumed about the overzealous prosecution of former campaign chair Paul Manafort and seethed over the pressure on Pecker to agree to an immunity deal, according to two Republicans close to the White House but not authorized to speak publicly about private conversations.

The widely expected pick to replace McGahn is White House is attorney Emmet Flood, who joined Trump’s White House in May as in-house counsel for the Mueller probe and has McGahn’s support in taking the role.

If the Democrats win, Trump is expected to face not only possible impeachment hearings, but a bombardment of Congressional subpoenas, inquires and hearings that Democrats hope will hobble his administration, giving it little room to do much else.
“At that point,” said Corallo, “the president’s going to need some very skilled attorneys” — Constitutional scholars who are familiar with the past impeachments of Clinton and former President Andrew Johnson, have dozens of Supreme Court arguments under their belt, are highly respected and understand the mechanics and the politics of impeachment hearings.
But others were less concerned. “Everybody wants to make sure he gets the best advice,” former campaign adviser Barry Bennett said of the president. “But battling is something he’s very good at, so he’s got some home turf advantage.”
Trump, too, dismissed the chatter in an interview Thursday with Bloomberg News. “I don’t think they can impeach somebody that’s doing a great job,” he said.