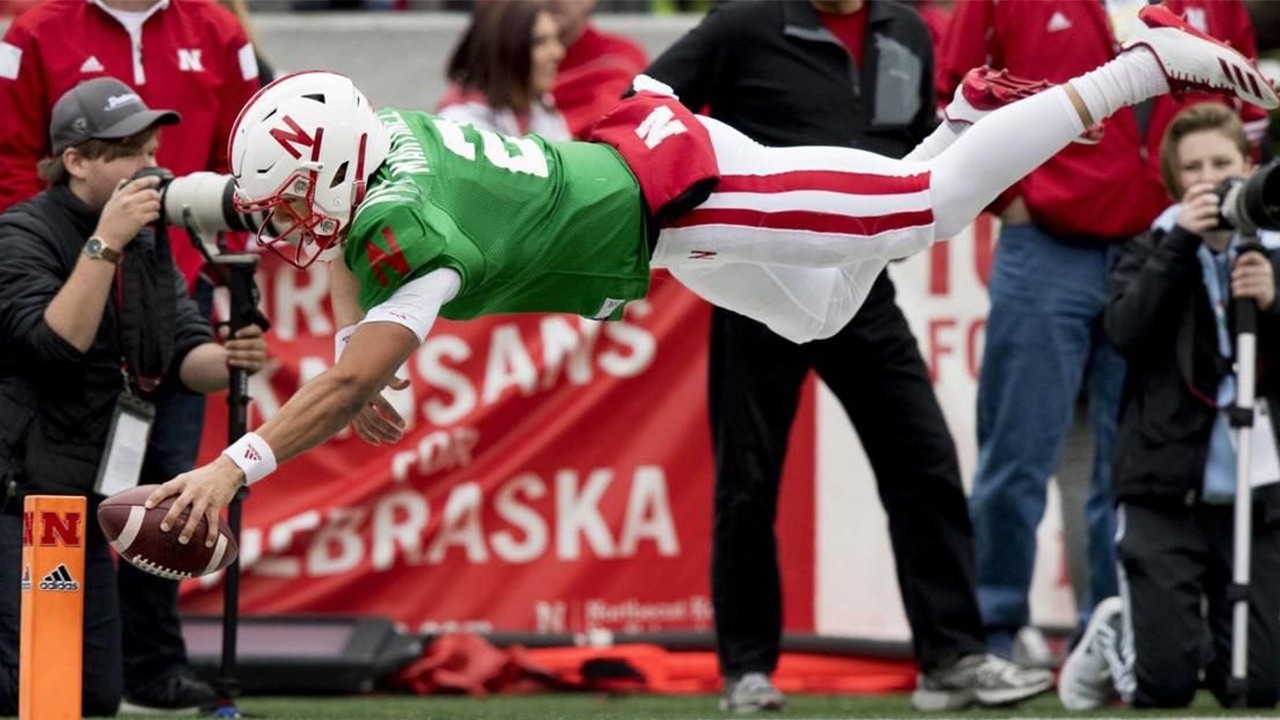 LINCOLN, Neb. — Two days after clarity came to Nebraska’s quarterback situation, things got complicated again. True freshman Adrian Martinez will be the starter when the Cornhuskers begin the Scott Frost era against Akron on Saturday night. However, Tristan Gebbia, the man he beat out, didn’t practice Monday morning and the university registrar said in the afternoon he no longer was enrolled.

Martinez said quarterbacks coach Mario Verduzco told him before Saturday’s practice he would be the starter.

Frost, who got Martinez to de-commit from Tennessee to sign with Nebraska, considers him a prototype for the no-huddle spread-option offense.
“We’re going to use tempo to our advantage,” Martinez said. “We’re going to go fast. Really, in my regard, it’s being efficient, distributing the ball, knowing when you should run it, throw it, hand it off — making decisions and making them quickly.”
Frost said Martinez’s superior running ability gave him the edge over Gebbia. The coach said he knew last week that Martinez had separated himself, and the rest of the coaching staff concurred.
The game against Akron is one of the most anticipated Nebraska openers in years. Frost, who went to high school 90 minutes west of Lincoln in Wood River, will be coaching his first game for the program he quarterbacked to a share of the 1997 national title. A crowd of about 90,000 will be on hand for the NCAA-record 362nd consecutive sellout since 1962.
And the 18-year-old Martinez, the prize of Frost’s first recruiting class, will be taking the snaps.
“I try not to think about that because I want to get some sleep this week,” Martinez said. “It’s going to be fun and I can’t wait.”