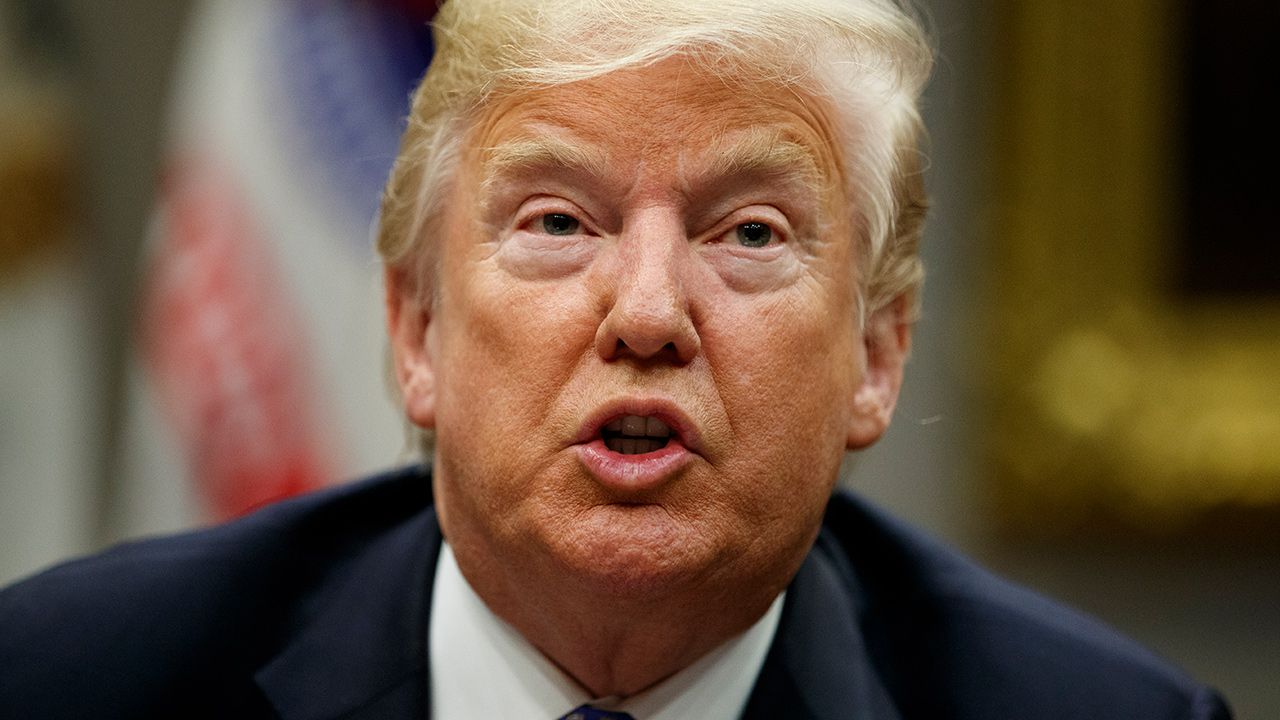 WASHINGTON — Fewer than half of Americans expect President Donald Trump’s tariffs to do much to help the U.S. economy, but their widespread unpopularity hasn’t led most Republicans to stray from supporting the president’s trade policy as the 2018 midterm elections approach.
Majorities of Americans also doubt the recently announced taxes on imports will increase jobs or wages at home, according to a poll released Friday by The Associated Press-NORC Center for Public Affairs Research.
The survey found that 35 percent of Americans think the tariffs will leave them worse off financially, while only 19 percent expect improvement. Forty percent expect them to help the economy, while 44 percent expect them to hurt and 16 percent expect them to make no difference.
More specifically, about 4 in 10 think the policy will lead to an increase in jobs. Only about 3 in 10 expect wage gains.
Moreover, 72 percent of Americans say the import levies will cause prices for everyday goods to climb. The agreement about tariffs setting off inflation is bipartisan, with Republicans nearly as likely to express concern about rising prices as Democrats.

Fears That Costs Will Go Up

“Tariffs don’t help anybody,” said Raymond Brown, 65, a retired truck driver from Rio Grande, New Jersey. “It seems like the tariffs are imposed and the corporations just pass that tax onto the consumer.”


“Tariffs don’t help anybody. It seems like the tariffs are imposed and the corporations just pass that tax onto the consumer.” — Raymond Brown, retired truck driver
A registered Republican, Brown worries that he would need to pay more for a new car because of the steel and aluminum tariffs the Trump administration has added to the cost of importing the metals. He said he fears auto costs could rise even more if tariffs are placed on electronic equipment made abroad that is installed in cars assembled in the United States.
Yet despite concern about his trade policies, the economy is a relative source of strength for Trump. While only 38 percent of Americans approve of his handling of the presidency, 51 percent approve of his stewardship of the U.S. economy, according to the poll.
The president has benefited from a rising stock market and low 3.9 percent unemployment rate, gains that reflect, in large part, an economic expansion that began during Barack Obama’s presidency. Trump’s signature economic achievement is the $1.5 trillion in tax cuts that will take effect over the next decade. While tax cuts provided the economy with a jolt of stimulus, they have garnered lukewarm support from Americans. Forty-five percent of Americans approve of the president’s handling of taxes, while 54 percent disapprove.
Michael Schulz, 66, a retired engineer in Alabama, said he has received job offers because of the tight labor market and companies’ need for experienced workers. A Trump voter in 2016, Schulz said the president is “doing a pretty fair job.” However, he added that he hasn’t seen any boost so far from the tax cuts.
“Maybe when it comes to tax time next year,” he said. “It appears to have benefited the business sector.”
Tariffs — Trump’s major economic focus in recent months — could prove to be a risk for the president among the broader public.
Overall, about 6 in 10 Americans disapprove of how the president is handling trade negotiations with other countries. It’s something of a rebuke to Trump, a real estate tycoon and celebrity who sold himself to voters as a master negotiator.

The Frustration With Trump

Some of the frustration with Trump comes from his eagerness to “carpet-bomb” other countries with tariffs without having a clearly stated strategy for helping workers at home, said Jordan Thompson, 29, who works in information security in Washington state.

A Solid Base of Support

Trump enjoys a solid base of support among Republicans on his trade negotiation tactics, with 75 percent approving of moves that include a broad showdown with China that threatens tariffs on almost every import from that nation. Only 36 percent of independents and 10 percent of Democrats approve.
Republicans have for decades generally supported free trade and lower tariffs, and the poll found they know there are trade-offs to the president’s approach. About three-quarters of Republicans said the tariffs will increase the price of consumer goods, roughly equal to the percentage of Democrats who said the same thing.
Still, the poll also found that two-thirds of Republicans specifically favor Trump’s new tariffs. Maxine Sailors, 80, said the public needs to be patient with the president’s strategy.
“He’s a businessman playing hardball and we’ll see how the other countries react,” Sailors said. “Maybe, after some tit and tat, the U.S. and the other countries will sit down and talk. But right now, it’s a wait and see.”
Sailors, a retiree from Austin, Texas, who previously ran a hamburger stand with her husband, added, “They want everything to be solved right now, like a one-hour TV show. Life isn’t like that. Life takes time.”