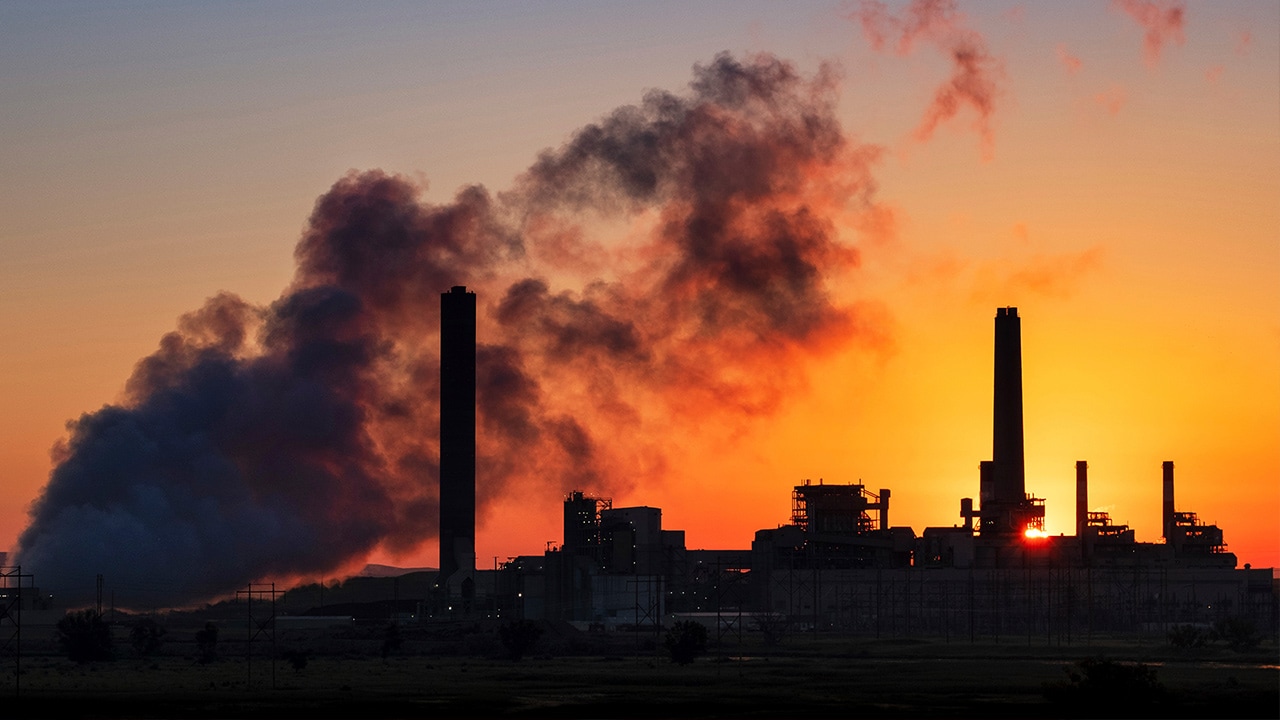 WASHINGTON — The Trump administration on Tuesday came out with new rules scaling back Obama-era constraints on coal-fired power plants, striking at one of the former administration’s legacy programs to rein in climate-changing fossil-fuel emissions.
The Environmental Protection Agency called the Obama-era regulations on coal power plants “overly prescriptive and burdensome.”
The Trump administration plan broadly increases the leeway given states to decide how and how much to regulate coal power plants. The EPA says it “empowers states, promotes energy independence, and facilitates economic growth and job creation.”
Combined with the EPA’s proposal earlier this month to ease mileage requirements for vehicles, the move may actually increase the country’s climate-changing emissions, according to some former top EPA officials, environmental groups, and other opponents.
The Natural Resources Defense Council called the replacement proposal Trump’s “Dirty Power Plan.”

Citing the Wildfires and Increasing Droughts

Democratic Rep. Frank Pallone of New Jersey cited this summer’s wildfires and increasing droughts and coastal flooding as evidence that man-made climate change from burning coal and other fossil fuels is already well upon the United States. “Once again, this administration is choosing polluters’ profits over public health and safety,” he said.


“Once again, this administration is choosing polluters’ profits over public health and safety.” — Democratic Rep. Frank Pallone of New Jersey
Scientists say that without extensive study they cannot directly link a single weather event to climate change, but climate change is responsible for more intense and more frequent extreme events such as storms, droughts, floods and wildfires.
In a statement, Republican Sen. John Barrasso from the coal state of Wyoming welcomed the overhaul of the Obama administration’s 2015 regulations, called the Clean Power Plan.
The new proposal establishes emission guidelines for states to use when developing any plans to limit climate-changing emissions from power plants. Critics say the new plan would allow utilities to run older, dirtier power plants more often and extend the plants’ overall operating life, undercutting potential environmental benefits.
President Donald Trump is expected to promote the new plan at an appearance in West Virginia on Tuesday.

Pulling out of the Paris Climate Agreement

Trump has already vowed to pull the U.S. out of the Paris climate agreement as he pushes to revive the coal industry. The Obama administration had worked to nudge the country’s power producers to natural gas, wind and solar power, and other less-polluting power sources.
Trump also has directed Energy Secretary Rick Perry to take steps to bolster struggling coal-fired and nuclear power plants to keep them open, warning that impending retirements of “fuel-secure” power plants that rely on coal and nuclear power are harming the nation’s power grid and reducing its resilience.
Obama’s plan was designed to cut U.S. carbon dioxide emissions to 32 percent below 2005 levels by 2030. The rule dictated specific emission targets for states based on power-plant emissions and gave officials broad latitude to decide how to achieve reductions.
The Supreme Court put the plan on hold in 2016 following a legal challenge by industry and coal-friendly states, an order that remains in effect.
Even so, the Obama plan has been a factor in a wave of retirements of coal-fired plants, which also are being squeezed by lower costs for natural gas and renewable power and state mandates that promote energy conservation.

Vowing to End “War on Coal”

Trump has vowed to end what Republicans call a “war on coal” waged by Obama.

With Push From PETA, Animal Crackers Bust out of Their Cages