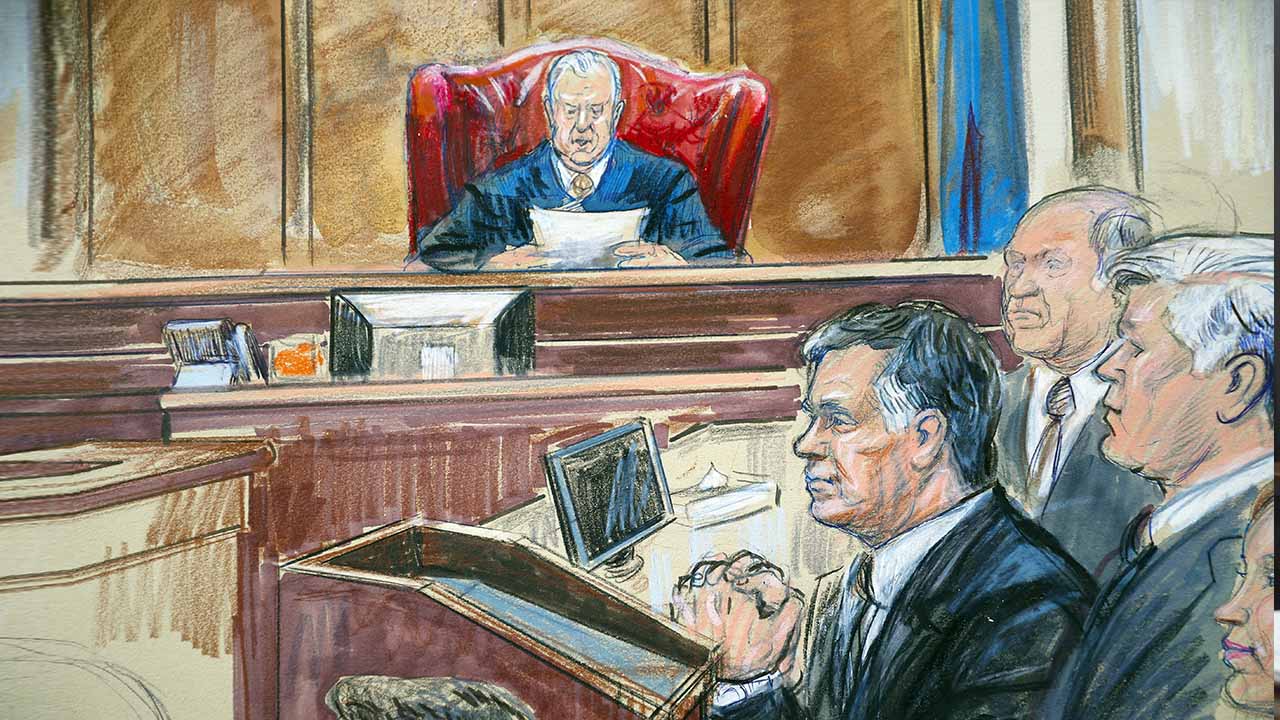 ALEXANDRIA, Va. — Paul Manafort, the longtime political operative who for months led Donald Trump’s winning presidential campaign, was found guilty of eight financial crimes Tuesday in the first trial victory of the special counsel investigation into the president’s associates. A judge declared a mistrial on 10 other counts the jury could not agree on.
The verdict was part a stunning one-two punch of bad news for the White House, coming as the president’s former lawyer, Michael Cohen, was pleading guilty in New York as part of a separate deal with prosecutors.
The jury returned the decision after deliberating four days on the charges of tax evasion and bank fraud against the former Trump campaign chairman.
The outcome almost certainly guarantees years of prison for Manafort and established the ability of special counsel Robert Mueller’s team to persuade a jury of average citizens despite months of partisan attacks — including from Trump — on the investigation’s integrity.

The verdict raised immediate questions of whether the president would seek to pardon Manafort, the lone American charged by Mueller to opt for trial instead of cooperate. The president has not revealed his thinking but spoke sympathetically throughout the trial of his onetime aide, at one point suggesting he had been treated worse than gangster Al Capone.
The more-than-two-week trial, presided over by the colorful and impatient U.S. District Judge T.S. Ellis III, has captured Trump’s attention as he works to undermine Mueller’s investigation through a constant Twitter barrage and increasingly antagonistic statements from his lawyer-spokesman, Rudy Giuliani.
But Trump and his campaign were only a small part of Manafort’s trial, as jurors instead heard days of testimony about Manafort’s finances and what prosecutors say was a years-long tax-evasion and fraud scheme.
Manafort decided not to put on any witnesses or testify himself in the trial. His attorneys said he made the decision because he didn’t believe the government had met its burden of proof.