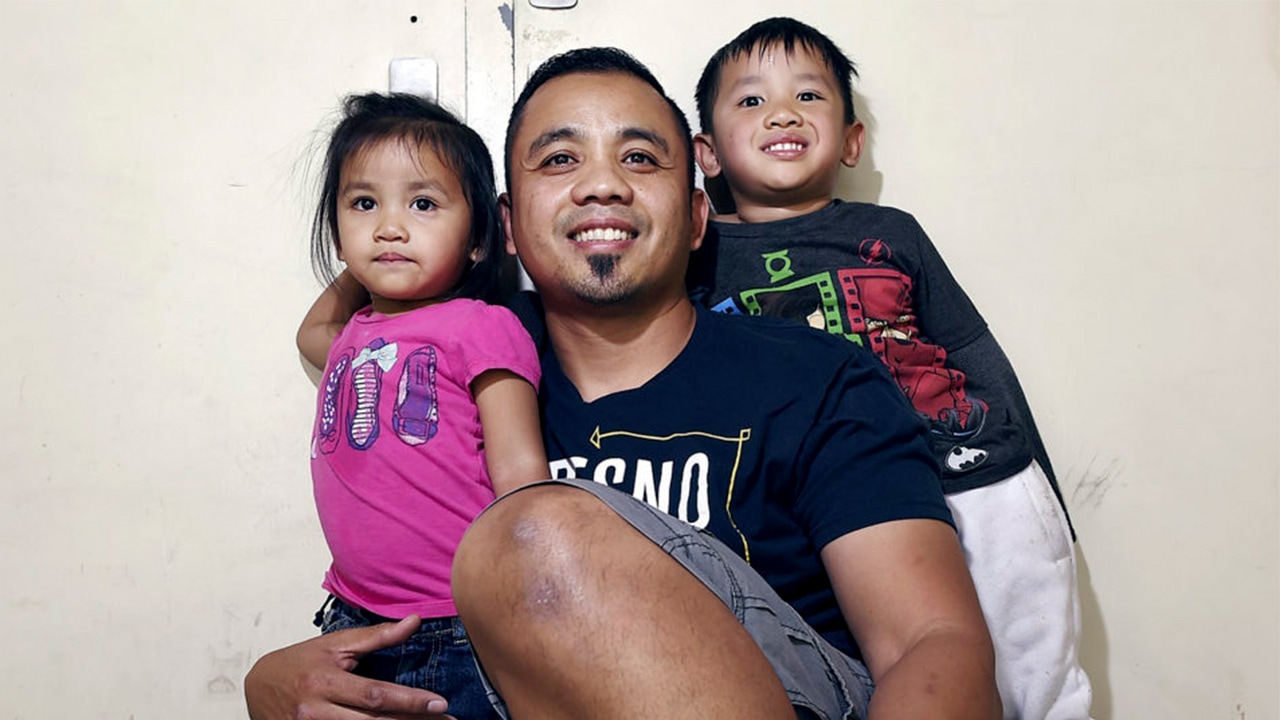 California Gov. Jerry Brown has pardoned three former prisoners facing the threat of deportation to Cambodia, including a Fresno man, Vanna In, who became a youth pastor after serving six years in the 1990s for murdering a rival gang member.


“While the seriousness of the crime can never be minimized, I believe that Mr. In should be permitted to have the chance at remaining in a community to which he has devoted a life of service.” — Gov. Jerry Brown
“I feel like these things don’t happen to guys like myself,” In told reporter Justin Lim of yourcentralvalley.com about the pardon.
The three were among 36 pardons granted by Brown last week. He’s also commuted the sentences of 31 current inmates who can seek speedier paroles.
Among the pardons are In, a Cambodian refugee who entered the United States at age 3. He served six years for the murder of a fellow gang member at age 17 but was released in 2001.

He subsequently went to work for Hope Now for Youth, which works with former gang members.
“I wanted to come back and lay some roots, be grounded and give back as much as possible because Fresno is a part of me,” In explained to Justin Lim.
Brown’s pardon noted that In has “helped dozens of individuals to turn away from gangs and become law law-abiding, productive citizens.” 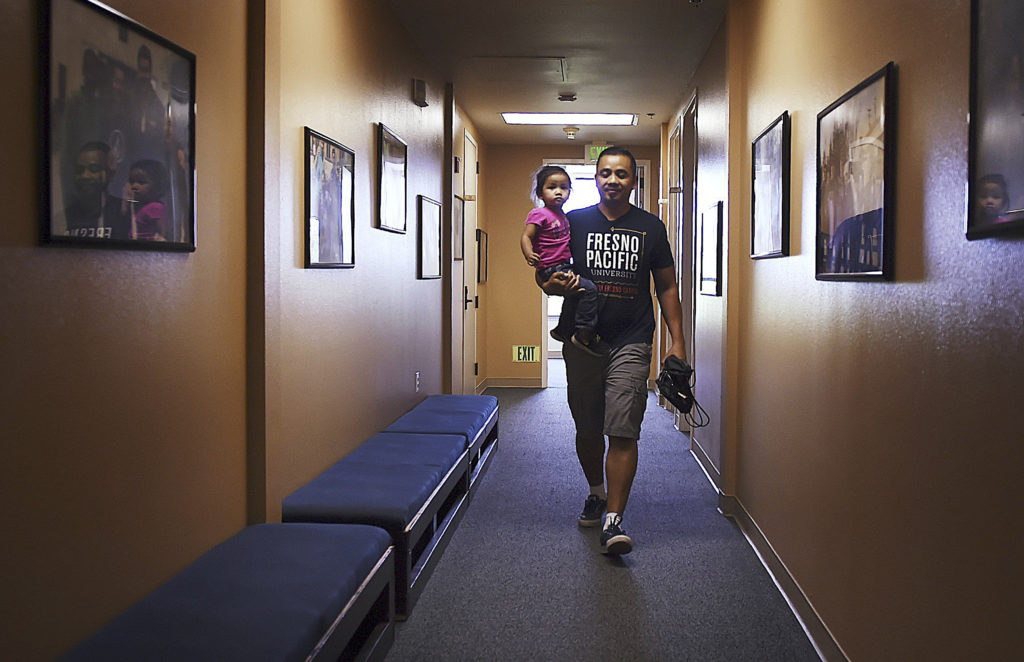 In this May 4, 2018 photo, Vanna In carries his daughter Thanny in Fresno. (Eric Paul Zamora/The Fresno Bee via AP, File)

In also became a youth minister at North Fresno Church. Hundreds of supporters wrote to the governor attesting to his rehabilitation.
“While the seriousness of the crime can never be minimized,” Brown wrote, “I believe that Mr. In should be permitted to have the chance at remaining in a community to which he has devoted a life of service.”
He is currently under a deportation order after living in the U.S. as a lawful permanent resident, Brown wrote.
In will now be in a position to challenge the deportation order and apply for U.S. citizenship.

Phal Sok served 15 years for a Los Angeles County armed robbery and now works for criminal justice reform. He was 3 years old when he came to the United States as a Cambodian refugee and has lived here as a lawful permanent resident for 37 years but is currently under removal proceedings, Brown’s pardon said.

Los Angeles-area businessman Heng Lao served two years for assault with a deadly weapon. Lao is also a Cambodian facing deportation, Brown’s office said, although his circumstances are not outlined in his pardon.”Those granted pardons all completed their sentences years ago and the majority were convicted of drug-related or other nonviolent crimes,” Brown’s office said in a statement. “Pardons are not granted unless they are earned.”

Brown has granted 1,186 pardons since returning to the governor’s office in 2011 and granted 404 during his first two terms as governor from 1975 to 1983.
Brown’s father, Edmund G. “Pat” Brown had 467 pardons and 55 commutations, but there have been long stretches of very few. From 1991 through 2010, former Govs. Pete Wilson and Gray Davis issued no pardons while Arnold Schwarzenegger handed out just 15.
Brown has commuted 82 sentences in his most recent two terms, compared to 10 by Schwarzenegger, none by Davis and four by Wilson.