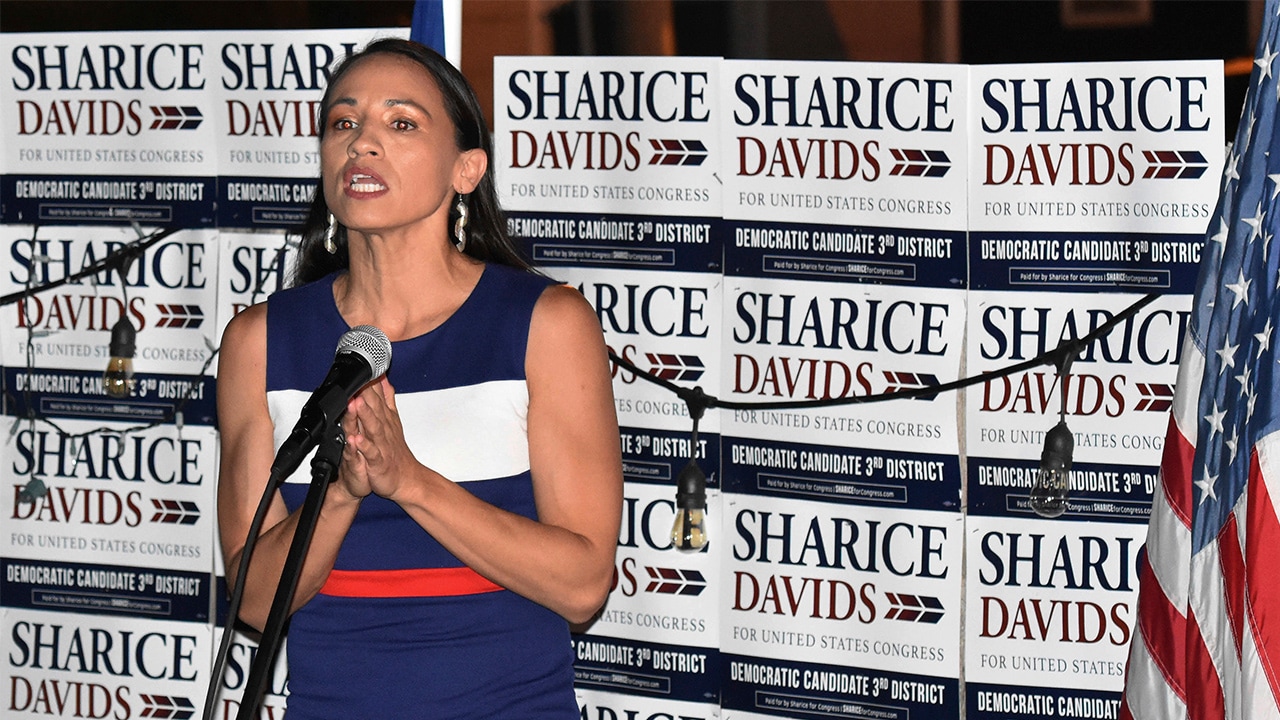 TOPEKA, Kan. — Sharice Davids shattered the mold for a congressional primary winner from ruby red Kansas on Wednesday, becoming the state’s first Native American and gay nominee for Congress.
The 38-year-old attorney and activist prevailed in a close six-candidate Democratic primary Tuesday and will face four-term Republican Rep. Kevin Yoder. Democrats are targeting Yoder this fall because Democrat Hillary Clinton narrowly won the district in the 2016 presidential race.
Republicans hold all four Kansas seats in the U.S. House, but Democrats hope to flip two of them in November.
Davids marked her victory with a Wednesday morning fundraising email to supporters that started: “We did it!”
“You told me you needed someone who lives your struggles. You told me you needed someone who listens when you speak. You told me you needed someone who knows your experience,” the email said.

A Brief History of Davids’ Career

Davids was raised by a single mother and earned a law degree from Cornell University. She was a White House fellow during Barack Obama’s presidency. And she’s a former mixed martial arts fighter who introduced herself to fellow Democrats with a video showing her in the ring and landing solid kicks to a large punching bag. That proved a compelling story for many Democratic voters in a competitive congressional race.
Davids, from Kansas City, Kansas, was endorsed by EMILY’s List, which works to elect women who support abortion rights. She’s called for treating gun violence as a public health crisis and supports expanding Medicaid’s health coverage for more Americans. She’s critical of tax cuts championed by President Donald Trump.


“In a lot of ways, my candidacy and my campaign is just another extension of the non-traditional path that I have in my life. What people are seeing is that the traditional way that politics has been done is just not working for so many people.” — Sharice Davids, attorney and activist
The Congressional Leadership Fund, a super PAC aligned with House Speaker Paul Ryan, quickly tagged Davids as an “extreme” liberal and predicted she would vote in lockstep with House Democratic Leader Nancy Pelosi — a frequent foil for Kansas Republicans.
Davids won the Democratic primary even though her closest primary opponent, Kansas City, Kansas, labor attorney Brent Welder, picked up the endorsement of Vermont Sen. Bernie Sanders, the patriarch of the democratic socialist movement. Sanders campaigned for Welder with New York congressional candidate Alexandria Ocasio-Cortez, its rising star.
Davids is a member of the Ho-Chunk Nation, of Wisconsin. Her mother served more than 20 years in the Army before working for the U.S. Postal Service.
Davids spent eight years working her way through college and law school. She also was fighting competitively: Online sites devoted to mixed marital arts say she compiled a 1-1 record in professional bouts and a 5-1 record in amateur contests, from 2006 through 2014.
Her Election Day schedule began with a 5:30 a.m. mixed marital arts workout.
Related Topics:Congresscongressional primaryDemocratic primarygayNative AmericanSharice Davids
Up Next

Brad Pitt Says He Has Given Angelina Millions Since Split