After Twitter Threat, Janz Carries On with Town Hall 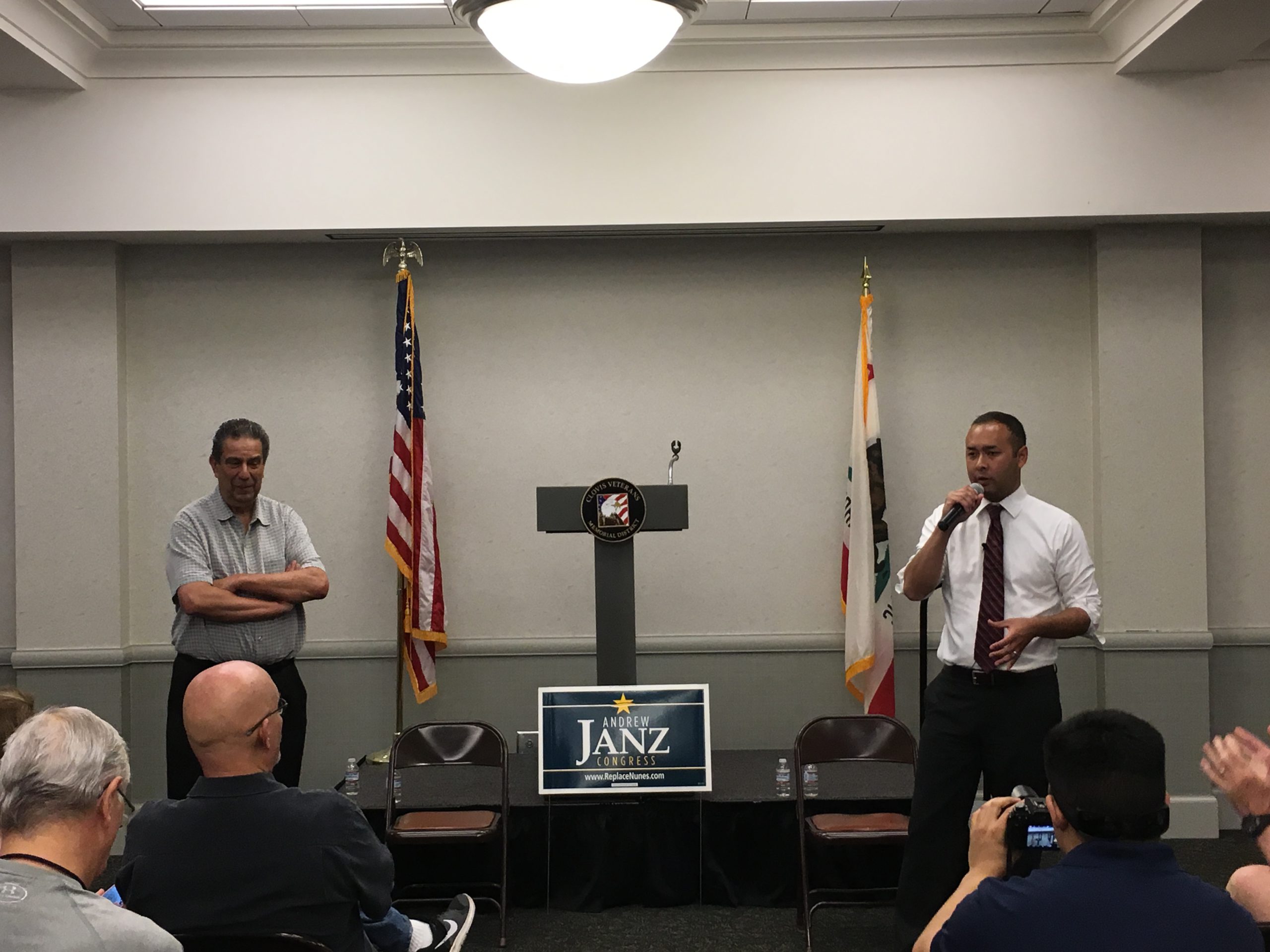 From all appearances, Andrew Janz’s talk to a group of 100 mostly senior citizens looked like another political rally.
But the event took place Wednesday morning under a threat made two days earlier from a Twitter user posting, “How about I waste you and everybody in the Clovis town hall.” 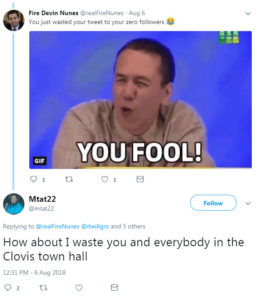 The town hall at the Clovis Veterans Memorial District went off without incident. Entertainer Jon “Bowzer” Bauman joined Janz in primarily discussing Social Security issues.
Janz, who running for Congress in California’s 22nd district, revealed the online threat while speaking with the media afterward. After his staff discovered the Twitter post, they reported it to Clovis police. While uniformed officers roamed the building, their presence did not indicate something out of the ordinary.
The congressional candidate said Clovis police also had plainclothes officers in attendance as well.
Clovis police say the case is open. As far as the increased police presence, the department confirmed it partially, with an interesting explanation.
“Detectives did attend the event to ensure nothing happened. At the same time of the town hall meeting, there was an unrelated class for law enforcement at the same location, which is the reason it appeared that additional uniformed personnel were on hand. The personnel attending their training class had no part in the town hall meeting,” department spokesman Ty Wood said in a statement.
The suspect is looking at possible criminal threat charges (PC 422).
“This is an event that involves senior citizens. This is at our veteran hall. So, for anyone to make this threat, whether it’s a joke or if it’s serious, is something that should not be happening in our modern-day discourse,” Janz said.

A Twitter user under the handle “@Mtat22” posted the tweet Monday afternoon in a thread discussing the Janz-Devin Nunes race. Replying to a post about someone wanting to donate to Janz, “@Mtat22” responded, “Well you just wasted your donation on a guy who lost by 30 points in the primary election.”
An active Janz supporter “@realFireNunes” responded with “You just wasted your tweet to your zero followers 😂.”
To which “@Mtat22” referenced Wednesday’s event.


“This is an event that involves senior citizens. This is at our veteran hall. So, for anyone to make this threat, whether it’s a joke or if it’s serious, is something that should not be happening in our modern-day discourse.” — Andrew Janz
The account does not reveal much about “@Mtat22.” The profile picture features New England Patriots coach Bill Belichick. The account has no followers but follows 21 Twitter accounts.
The bio consists of a single sentence: “Fresno State only cares about Racist teachers and Dreamers.”
Most the account’s tweets are insults.
Janz asked for Nunes to call out the threat.
“We need to take these threats seriously. My biggest frustration is that it is a clear attempt to silence voters and people that are trying to gather and meet and have political discourse. This is an attack on the First Amendment. I think people on both sides of the aisle, including my opponent need to call this out for what it is and condemn the violence,” Janz said.
(8/08/18, 4:20 p.m.: this story has been updated to include more information from the Clovis Police Department).
Related Topics:Andrew JanzClovis PoliceJon "Bowzer" Baumansocial mediaTwitter threat
Up Next