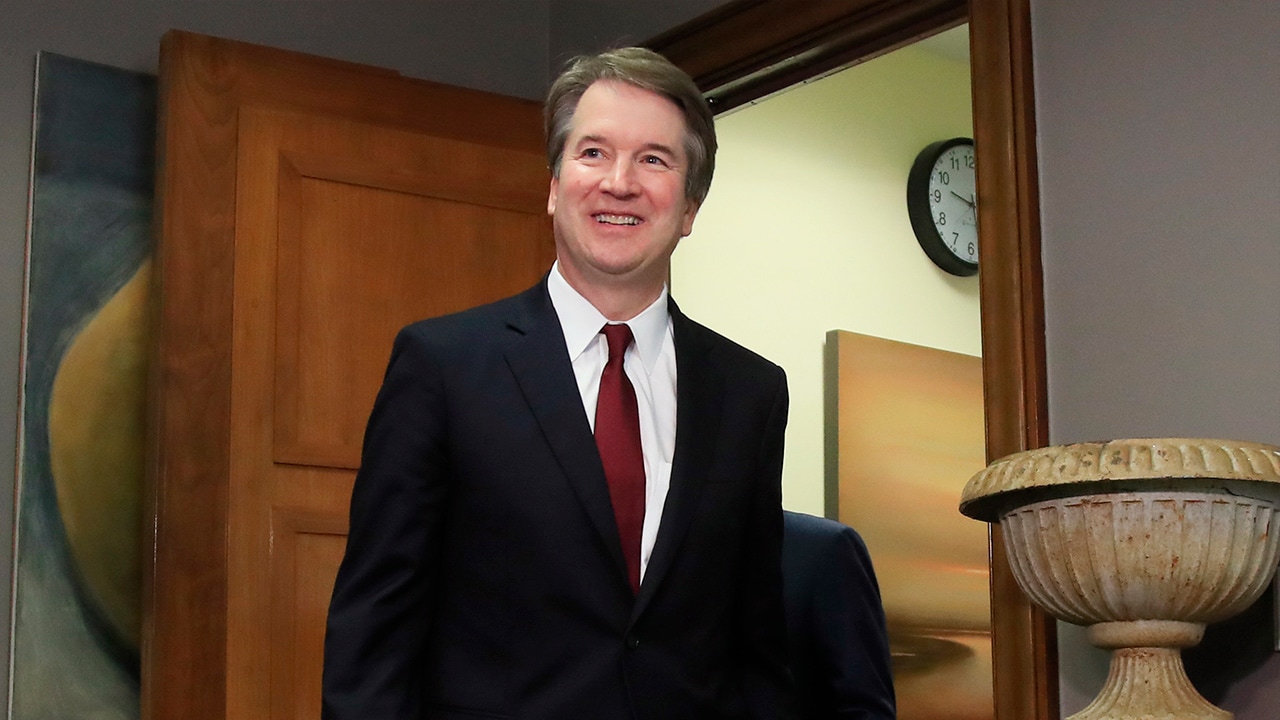 WASHINGTON — Be careful what you wish for.
That’s the history lesson for Republicans eagerly anticipating Brett Kavanaugh’s ascension to the Supreme Court, which could cement conservative control of the court for a generation.
The GOP may ultimately pay a political price.


“In a democracy, what matters is winning votes. And you shouldn’t trust the courts to win your battles for you, because there’s going to be a backlash if they go too far, too fast.” — Michael Klarman, Harvard Law School professor who has studied constitutional history
When and how steep? That depends on how momentous the issues and how jolting the decisions, according to legal scholars who’ve studied the high court’s impact on electoral politics.
The past century is replete with cautionary tales for political parties that rejoice when the Supreme Court’s ideology turns their way. That track record, coupled with today’s intensifying partisanship, suggests that when it comes to high court nomination fights, both sides should be careful what they wish for.
Such words of caution won’t have a discernible impact on senators, who have little incentive to abandon their own or their parties’ ideological preferences.
“I’ll vote to confirm Kavanaugh and I’ll take my chances,” said No. 2 Senate GOP leader John Cornyn of Texas.
But since Kavanaugh’s confirmation could tip the court decisively to the right for years, the past consequences of some such shifts are instructive.

Looking Back in History

In the 1930s, a conservative Supreme Court knocked down many of President Franklin D. Roosevelt’s New Deal programs aimed at hoisting the country out of the Depression. Statutes letting industries and unions set wages and prices, raising farm income and regulating the coal industry were declared unconstitutional, as was a New York minimum wage law.
That helped fuel a 1936 FDR landslide that also gave Democrats 76 Senate and 334 House seats, Election Day majorities neither party has ever matched. The triumph paved the way for congressional control that Democrats didn’t relinquish until after World War II.
The Warren Court’s liberal decisions of the 1960s helped power Richard Nixon’s law-and-order rise to the White House in 1968. Rulings buttressing criminals’ rights, like the Miranda vs. Arizona decision requiring authorities to inform arrested people of their rights, provided potent ammunition for Nixon at a time of racial unrest and growing crime rates.


“Over the long course of time, the court follows broader political trends. But it doesn’t tend to turn as quickly as the elected branches” of government.” — Thomas Keck, a Syracuse University political scientist
“Some of our courts in their decisions have gone too far in weakening the peace forces as against the criminal forces in this country and we must act to restore that balance,” Nixon said in his acceptance speech 50 years ago this week at the Republican national convention in Miami Beach, Florida.
The 1973 Roe v. Wade case legalizing abortion has been backed by strong majorities of Americans but spurred the rise of the anti-abortion movement and helped galvanize political involvement by Christian conservatives. Both remain vital factors in American politics and a driving force for the GOP.
The disconnect between the court’s ideological leanings and voters’ preferences occurs because justices are appointed for life. With turnover on the bench infrequent, the court’s views often lag behind the election results of the presidents and senators who pick them.

Kavanaugh’s nomination could be pivotal. He would replace the retiring Anthony Kennedy, who’s been the nine-member court’s swing vote on issues including same-sex marriage, corporate campaign contributions, and gun rights.
Yet Kavanaugh’s confirmation wouldn’t guarantee that the court would veer firmly rightward because forecasting justices’ long-term viewpoints is historically tricky.
Chief Justice Earl Warren, a GOP California governor appointed by President Dwight Eisenhower, steered one of the most liberal courts in history. Anthony Kennedy was appointed by conservative icon President Ronald Reagan but protected abortion rights. Chief Justice John Roberts was selected by President George W. Bush but cast the decisive tally preserving Obama’s health care law.
But there will inevitably be numerous opportunities for the court to address politically searing issues.
In its coming term alone, the justices might face cases about special counsel Robert Mueller’s investigation of Russian intrusion in the 2016 presidential race, religious liberty and sexual orientation. Future cases could emerge over curtailing Obama’s health care statute, revoking protections against deporting young immigrants and curbing abortion rights — issues that galvanize conservative and liberal voters alike.
Joseph Ura, a political scientist at Texas A&M University, says the impact of a sharp, rightward court shift could be felt quickly enough to affect a Trump re-election bid in 2020, if not sooner.
In a 2014 study, Ura used computer modeling to compare five decades of important court decisions to the public mood. He concluded that there is a quick backlash against shifts in the court’s ideology that lasts about two years before eroding, followed by a slight, longer-term swing toward the justices’ viewpoints.
Ura’s guidance to Democrats, should a Kavanaugh confirmation produce high-profile court decisions invalidating liberal programs?
“My advice to them is to campaign on this,” he said.

Council Powerless to Remove Trump Star From Walk of Fame