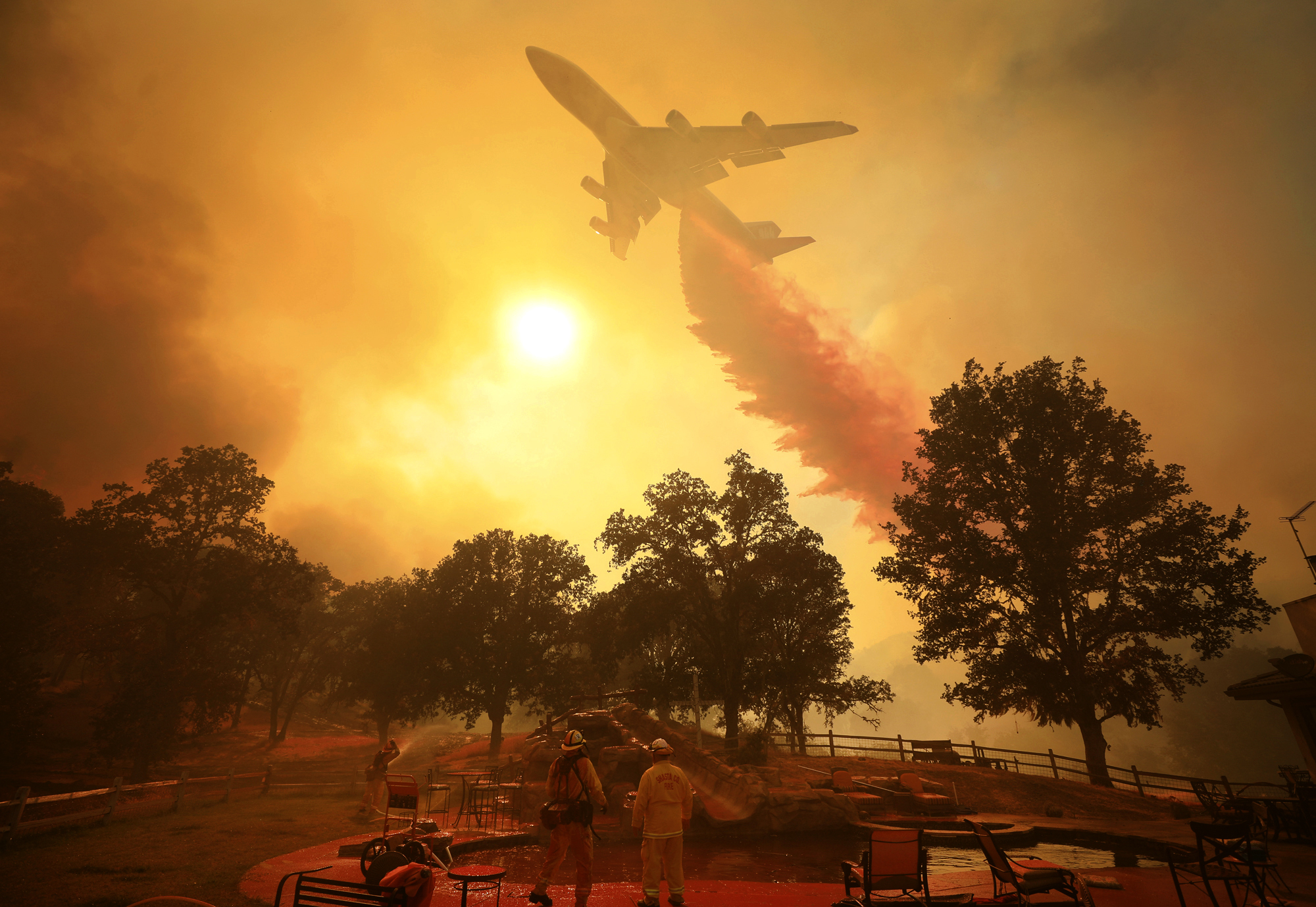 Experts say a deadly Northern California wildfire burned so hot at its peak that it created a cyclone of flames that reached 143 mph, ripping through the region with the force of a destructive Midwest tornado.
National Weather Service meteorologist Duane Dykema said Friday that the blaze still burning near Redding created a fire whirl that uprooted trees and tore roofs from homes.
Dykema says the whirl started when hot air from the exceptionally hot fire rose and twisted tightly, creating a powerful tornado of flames and wind.
He says fire whirls are common, but not at the intensity recorded on July 26. The fire burning near Redding has grown to 206 square miles and destroyed at least 1,060 homes. Two firefighters have died there.

A mandatory evacuation of Yosemite Valley was ordered Friday morning.
“Yosemite Valley is not threatened by the fire at this time, but a mandatory evacuation has been issued due to multiple hazards along El Portal Road, Big Oak Flat Road, and Wawona Road, as well as power outages in Yosemite Valley.
“El Portal Road (extension of Highway 140 within the park) and Big Oak Flat Road west of Crane Flat may be closed for an extended period of time due to fire activity, hazard trees, and firefighters working on the roads,” the Ferguson Fire website stated.
The only public access into Yosemite National Park is via Tioga Pass from Highway 120 east via U.S. 395 from Lee Vining. The Tioga Road remains open to Crane Flat.
The fire has grown to 73,560 acres and is 41% contained, according to fire officials.

A California bulldozer operator nearly slipped off a steep mountain trail three times before his vehicle finally rolled into a ravine and fatally crushed him.
A Department of Forestry and Fire Protection preliminary report says each earlier slip alone qualified as a “near miss” warning that the century-old mining trail could collapse.
The report says 36-year-old Braden Varney was working alone overnight July 14 fighting a wildfire sparked hours earlier outside Yosemite National Park.
His assistant had gone to get a new hydraulic hose. Varney’s radio wasn’t communicating with headquarters, so his assistant relayed messages — until they lost contact.
Varney was a 10-year veteran.
The report says his death highlights the need for better risk assessment, communication, and supervision.
Varney became the first of four California firefighters to die this year.

Increasing winds are expected in Northern California areas where deadly and destructive wildfires are burning.
The National Weather Service has issued warnings for critical fire weather conditions Friday and Saturday as a series of dry low-pressure systems pass through the region, bringing gusts up to 35 mph (56 kph) in the afternoon.
Forecasters say highest threat areas include a fire near the city of Redding and the Mendocino Complex of two fires north of San Francisco. The forecast includes extremely low humidity levels that leave vegetation ready to burn.
New evacuations were ordered late Thursday at the Mendocino Complex.
This is the link to Google Maps 2018 California Fires Map.