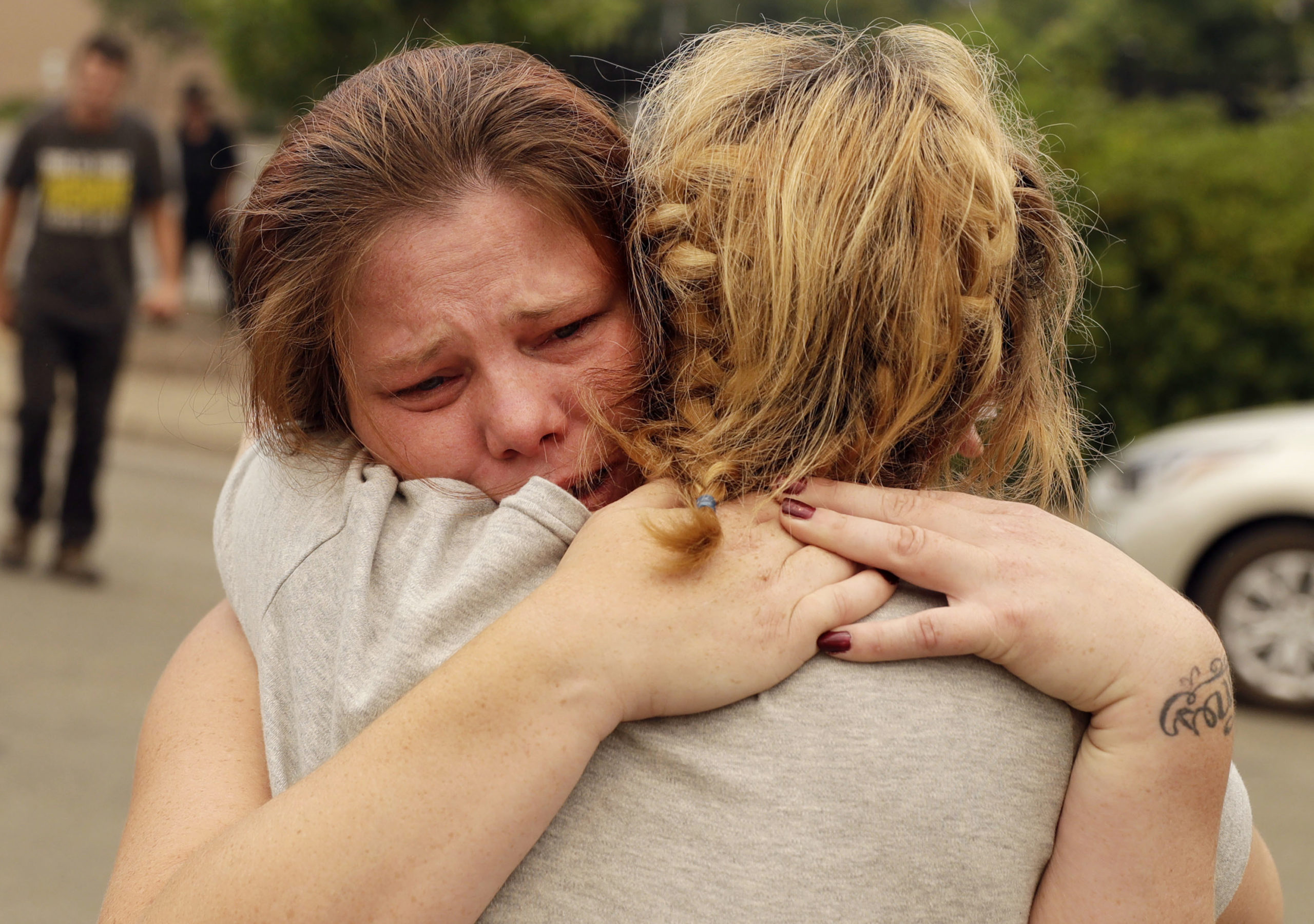 REDDING — The number of people ordered to flee from two Northern California wildfires has swelled to 15,000, authorities said Monday as flames rolled toward several small towns in a rural area of lakes, forests and mountains.
Elsewhere in the same region, firefighters were hopeful that the state’s largest and deadliest blaze of the year was slowing down after days of explosive growth.
The twin fires in Mendocino and Lake counties flared up late Sunday, forcing the new evacuations from the 4,700-resident town of Lakeport and other communities near Clear Lake, about 120 miles north of San Francisco. The blazes have destroyed six homes and threaten 10,000 others. So far, the flames have blackened 87 square miles (225 square kilometers), with minimal containment.
Those fires were among 17 burning across the state, where fire crews were stretched to the limit.
At midday Monday, Lake County Sheriff’s Lt. Corey Paulich put the number of people under evacuation orders at 14,000, up from a previous estimate of 10,000. Another 1,000 people have been displaced in neighboring Mendocino County.
Paulich said residents have been heeding evacuation orders because they have seen the destruction caused by past wildfires, which have destroyed thousands of homes and killed at least four people since 2015.

To the north, near Redding, California, where an unpredictable blaze killed six people, a man whose wife and two great-grandchildren were among the dead said he did not receive any warning to evacuate.
Ed Bledsoe told CBS News he did not know his home was in danger when he left his wife, Melody, and the 4- and 5-year-old children to run an errand on Thursday.
Bledsoe said he received a phone call from his wife 15 minutes later saying he needed to get home because the fire was approaching. He said one of the children told him the blaze was at the back door. When he tried to return, the road was blocked with cars, and flames prevented him from returning on foot.
Shasta County Sheriff Tom Bosenko told the network there’s an investigation into whether the Bledsoe home received a warning call or a knock on the home’s door. The sheriff says there is evidence that door-to-door notifications were made in the area.
The latest evacuations included about 1,000 people in Mendocino County, Undersheriff Matthew Kendall said Monday.
The rest are in Lake County, where residents of the town of Lakeport, population 5,000, were ordered to leave Sunday night. Two other towns with about 5,000 people are also under mandatory evacuation.
The wildfires that started Friday are about 100 miles southwest of Redding.

Crews handling the blaze near Redding struck a hopeful tone for the first time in days as the massive fire slowed after days of rapid expansion.
“We’re feeling a lot more optimistic today as we’re starting to gain some ground rather than being in a defensive mode on this fire all the time,” said Bret Gouvea, the California Department of Forestry and Fire Protection’s incident commander on the blaze around Redding, a city about 230 miles (370 kilometers) north of San Francisco.
As of Monday, the Redding fire had destroyed 723 homes, up from a previous count of 657 homes.

Shasta County Sheriff Tom Bosenko said authorities found a sixth victim of the blaze at a home that was consumed by flames, though he declined to say where. The victim’s identity was not released.
Authorities were also investigating at least 18 missing-persons reports, though many of them may simply be people who have not checked in with friends or family, police said. 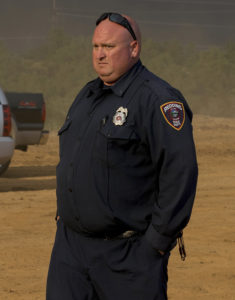 This Thursday, June 26, 2018, photo shows Redding fire inspector Jeremy Stoke.  A wildfire roared with little warning into the Northern California city as thousands of people scrambled to escape before the walls of flames descended from forested hills onto their neighborhoods, officials said Friday. Stoke was killed in the blaze. (Casey Lansdon via AP)

The Carr Fire that threatened Redding — a city of about 92,000 people — was ignited by a vehicle problem a week ago about 10 miles west of the city. On Thursday, it swept through the historic Gold Rush town of Shasta and nearby Keswick, fueled by gusty winds and dry vegetation. It then jumped the Sacramento River and took out subdivisions on the western edge of Redding.

Redding Police Chief Roger Moore kept up a round-the-clock work schedule despite learning that his home was one of those destroyed. He was finally able to shave on Saturday when his wife brought him a razor, he said.
Moore was helping evacuate people from his River Ridge neighborhood in western Redding when the flames became unbearable.
“I saw everything around it ignite, and I go, ‘It’s gone,’ ” Moore said.
At least one person was arrested on suspicion of stealing from evacuated homes and authorities were keeping watch for other potential looters, said Deputy Travis Ridenour, whose home also burned.
“Lost our house like so many others,” Ridenour wrote on Facebook. “Still out watching over the ones still standing. No looting on my watch.”
After days of fortifying the areas around Redding, fire crews were increasingly confident that the city would escape further damage. The fire had not grown inside the city limits since Saturday, Gouvea said.
Some of the 38,000 people forced to evacuate said they were frustrated because they didn’t know whether their homes were standing or were destroyed. Authorities had not reopened any evacuated neighborhoods where fires raged due to safety and ongoing investigations and urged people to be patient.
Fed up, on Sunday morning Tim Bollman hiked 4 miles to check on the Redding home he built for his wife and two sons 13 years ago. He found rubble.
“There’s not even anything to pick up,” he said. “It’s completely gone.”

Keswick, a mountain town of about 450 people, was reduced to an ashy moonscape of blackened trees and smoldering rubble.
The terrain surrounding nearby Whiskeytown Lake — usually filled in July with vacationers swimming in the clear water — was burned, burning or seemingly about to burn Sunday. A heavy haze hung low over the water, where some of the docked boats had melted.
Firefighters and utility repair crews drove up and down the once-scenic highway, while California Department of Transportation water trucks sprayed roadsides in hopes of preventing potential wildfires from burning across the road, which can cost several million dollars to repair. 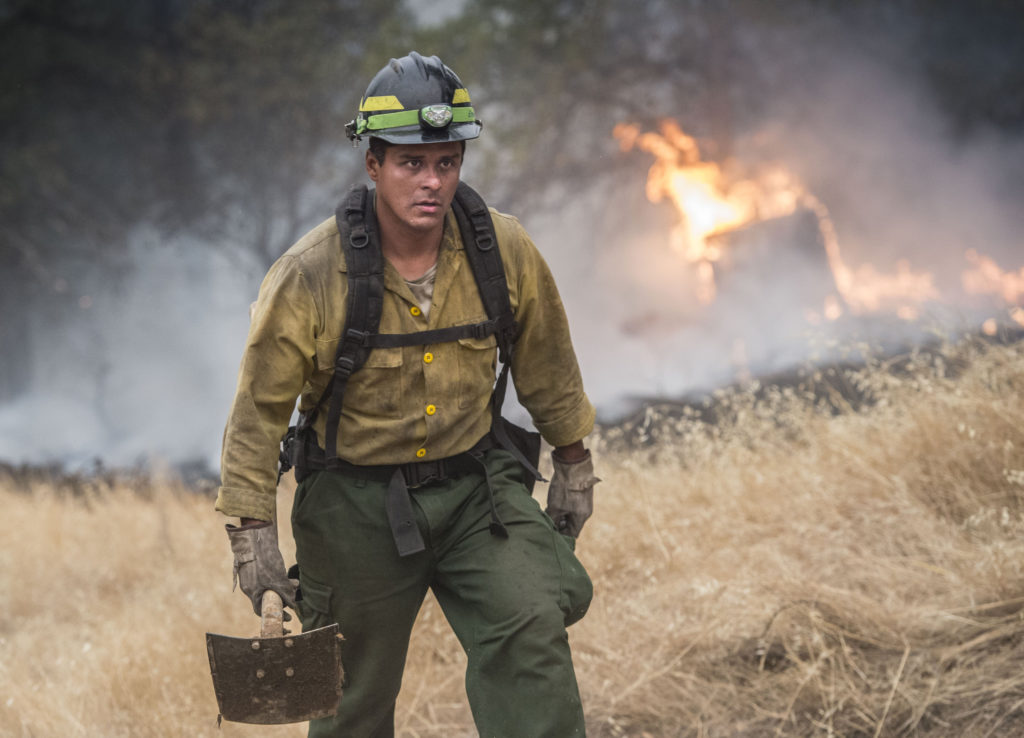 Ballplayer Tweets From Past Trigger Team Fears of Social Media