Palestinian Teen Icon Says She Has a 'Political Future' 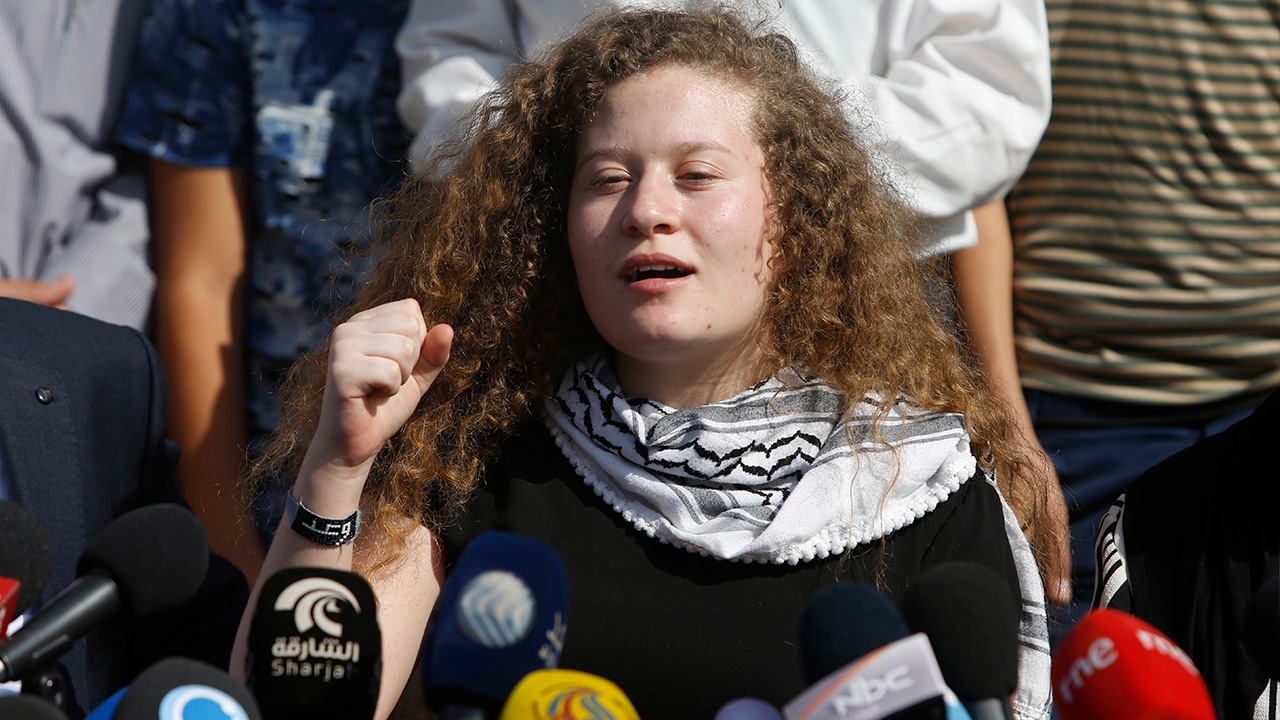 NABI SALEH, West Bank — Teenage Palestinian protester Ahed Tamimi has vowed to keep demonstrating against the Israeli occupation and says she expects to have a “political future,” without elaborating.
Tamimi spoke to The Associated Press on Monday after serving an eight-month sentence for slapping two Israeli soldiers in an incident captured on film that has made her an icon among Palestinians and their supporters.
She said she hopes to pursue a law degree in order to document human rights violations.
The curly-haired 17-year-old struck the soldiers outside her West Bank home in frustration after learning that troops wounded a cousin in nearby clashes. Israel views her as a provocateur.
Her case sparked debate over what constitutes legitimate resistance to Israel’s half-century rule over the Palestinians.

Palestinians Infuriated by US Embassy’s Move to Jerusalem

She said there had been daily protests and clashes with Israeli soldiers in December after U.S. President Donald Trump recognized Jerusalem as Israel’s capital, a move that upended decades of U.S. foreign policy and an international consensus that the city’s status should be settled in negotiations.
The move infuriated the Palestinians, who saw it as a blatant show of pro-Israel bias. The Palestinians claim east Jerusalem, which Israel captured in the 1967 war as their capital.
“Soldiers used to deliberately come through the area of my house, and shoot from the entrance of the house,” Tamimi said. She said the soldier she confronted was the same one who had shot her cousin “only five minutes” earlier. She said that soldiers had shot tear gas at her house even though there was an elderly couple inside.
“I was full of strong feelings, upset …  burned from inside,” she said.

Tamimi has since become a hero to the Palestinians and an international symbol of resistance to Israel’s occupation.
Israeli authorities treated her actions as a criminal offense, indicting her on charges of assault and incitement.
In Israel, Tamimi is seen as a provocateur who was rightly punished for attacking soldiers. 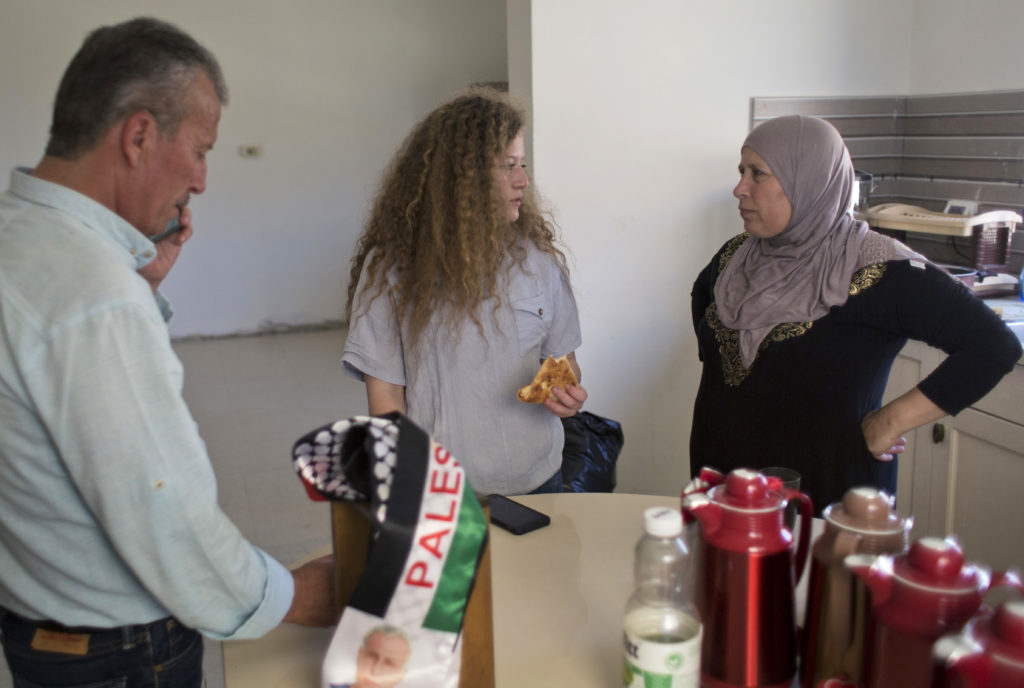 The incident set of a debate within Israel about the soldiers’ refusal to respond when they were slapped, with many saying it had undermined their ability to deter future violence. More liberal Israelis said the hard-charging prosecution of Tamimi had been a public relations disaster that only amplified her fame.Tamimi has long been active in protests in her village of Nebi Saleh, which have been held on a weekly basis since 2009 to protest the expansion of a nearby Jewish settlement.Tamimi has scuffled with soldiers in the past, and a widely circulated photo shows her raising a clenched fist toward a soldier who towers over her. She was 12 when it was taken.